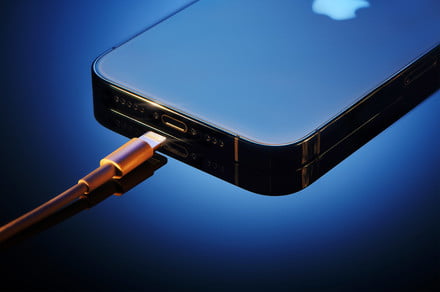 Apple is set to finally kill off its proprietary en masse across its entire line of products, according to a new report. Twin reports last week noted the company would be removing it from its bestselling iPhone in 2025, while a further report this week now notes that the company plans to strip USB-C from other devices including AirPods, mice, and so on.

Apple’s use of Lightning over USB-C has been contentious. While Android phone makers moved en masse to support the new standard, Apple had stayed resolutely with Lightning for its iPhones. The company made some concessions on other products, though. All new Macbooks are now fitted with USB-C charging ports, as are iPad Pro and Air devices. It’s not clear why Apple opted to keep USB-C away from the iPhone for so long. Some have speculated that the company wanted to keep its own Lightning ecosystem thriving and growing, while others say that the company wanted to switch to a portless iPhone future and was keeping Lightning around to smooth the transition.

Apple analyst, Ming-Chi Kuo says that the portless future is not happening anytime soon. Apple hasn’t found Magsafe to be reliable enough. At the same time, there is pressure from the European Union to adopt USB-C. Apple currently does so on one end of the charger, but not the one that goes in the phone. Even if this wasn’t coming, it was always certain that Apple could only hold out for so long. The EU had drafted regulations coming into force to prevent it from using Lightning past 2024, so the company’s options were limited.

“We believe regulation that forces conformity across the type of connector built into all smartphones stifles innovation rather than encouraging it, and would harm consumers in Europe and the economy as a whole,” Apple had said when news of the regulations broke.

Grab this Lenovo IdeaPad laptop while it’s only $150