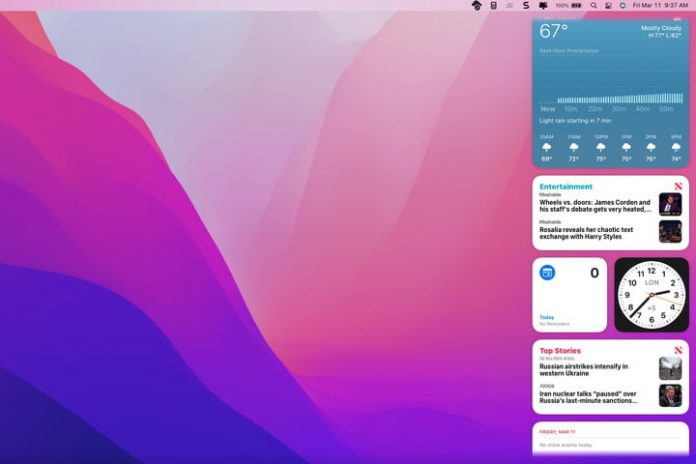 Apple’s latest MacOS Monterey 12.3.1 update addresses the Bluetooth and display issues that have been plaguing Mac owners for several weeks.

Eligible Mac users can access and download the MacOS Monterey‌‌‌ 12.3‌‌.1 update through the Software Update section of System Preferences.

The fix comes after users had been complaining about connectivity troubles in MacOS Monterey‌‌‌ 12.3‌‌ with various accessories, such as game controls, displays, and graphics card components in external GPUs. Word of the issues seemed to surface first on Reddit, with users describing that Xbox, PlayStation, and other third-party controllers were not being recognized by MacOS 12.3.

Other issues users have noted include a potential power management flaw with Bluetooth headphones, and malfunctions with connectivity to USB-C, HDMI, and DisplayPort monitors.

Prior to the fix, users said the controller issues were persistent regardless of troubleshooting efforts, while display issues could be remedied by unplugging ports from their power sources and plugging them back in.

The changelog for MacOS Monterey‌ 12.3.1 says that Apple has addressed issues including USB-C or Thunderbolt external display connections turning off when attached to a second display — Mac mini (2018) — and Bluetooth devices disconnecting from Macs when playing audio through certain Beats headphones, MacRumors noted.

Apple says the vulnerabilities may have been actively exploited. Because of this, the company says that users should update to the new system version as soon as possible.