HomeNewsPhones could one day identify you by your grip
News

Phones could one day identify you by your grip 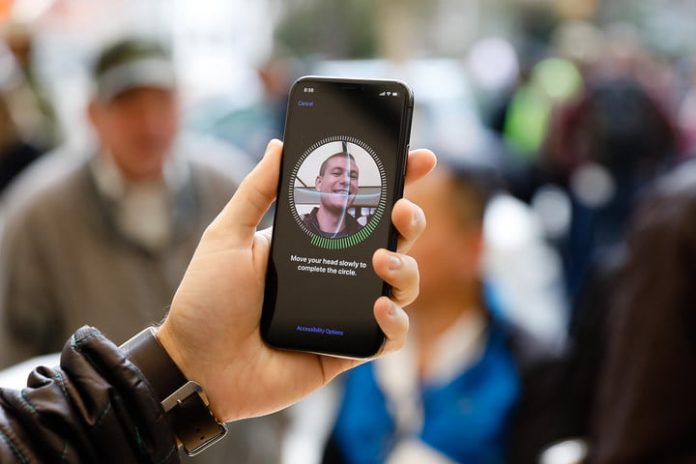 Your phone might one day stay safe from thieves by identifying you by your grip.

Researchers at Louisiana State University have found a way to use artificial intelligence (A.I.) to help phones analyze how users are holding them. The method could help determine if the phones are in the hands of their owners or someone else’s, according to a new study.

“A.I. has a strong capability to learn and identify a user’s biometric features, especially when there are not many dedicated or high-fidelity sensors available on mobile phones,” computer science professor Chen Wang, one of the study’s authors, said in an interview.

Wang’s invention works when you grip your phone. The phone’s mic records the sound when a notification tone is played. An A.I.-based algorithm processes the sound and extracts biometric features to match the user’s feature profile or recorded hand grip. If there is a match, the verification is successful, and the notification preview is displayed on the screen. Otherwise, only the number of notifications pending is shown.

Because people have different hand sizes, finger lengths, holding strengths, and hand shapes, the impacts on sounds are different and can be learned and distinguished by A.I., Wang said. Researchers call these body measurements and calculations related to human characteristics biometrics.

Because people have different hand sizes, finger lengths, holding strengths, and hand shapes, the impacts on sounds are different and can be learned and distinguished by A.I.

“A.I. provides a way to leverage the readily available and low-cost sensors on mobile devices, such as cameras, microphones, touchscreen, and motion sensors, to identify a user,” he added. “In addition to the traditional physiological biometrics, such as the face, iris, and fingerprint, A.I. is also good for extracting behavioral biometrics, including body motions, finger gestures, signatures, hand movements, voices, and gait patterns, which are believed harder to replicate by an adversary.”

In an interview, Dan Simion, the vice president of AI & Analytics at the technology firm Capgemini Americas said that A.I. is useful for recognizing users because it can make up for human weaknesses.

“In many cases, recognition is based on security codes or passwords to determine if something like a phone does in fact belong to that particular person,” he added. “But the concern and limitation with using things like security questions are that they can be stolen, or passwords can be forgotten by users. A.I. is useful as an alternative because it’s eliminating the risk of those limitations.”

You’ve probably already encountered A.I. identification. Many forms of A.I. are used to recognize users including facial recognition, voice recognition, and fingerprints, Simion said. The technology is used for accessing mobile phones and it may soon find its way into other gadgets like wearables, he added.

“For example, if the person’s heart rate is much higher than usual, or their activity level is much lower, the A.I. can recognize those anomalies because they don’t fit with the cognitive patterns of the normal device owner.”

However, A.I. recognition still has its drawbacks. Wang said most A.I.-based user recognition methods still require the user to actively input biometric data. That won’t work when the user’s participation is not immediate, such as when the device is shared with friends or family members or when a message notification automatically shows up on the locked screen.

Also, biometrics are subject to what researchers call replay attacks. For example, an adversary could physically forge the user’s face, fingerprint, and iris based on 3D printing, and A.I. can also be exploited to replicate the user’s face, voice, and other biometrics digitally.

According to Dave Maher, a blockchain and secure computing expert and the CTO of Intertrust, said in an interview, in the future, A.I. that tracks patterns will be used to detect cyber threats. A.I. will increasingly be used to classify behavior patterns to determine whether those patterns represent nefarious behavior or determine whether a system is under attack.

One example is the Mirai botnet, which Maher compared to a mutating virus that infects IoT systems. The botnet can marshall large numbers of devices to attack the networks that those devices are members of.

“A.I. will be used to identify the viruses and their mutant counterparts,” Maher said.

Another project Chen is working on could make sure your shopping is safer. This system uses a phone-gripping hand for verification at kiosks, such as the self-checkout at a grocery store.
When a user holds a phone close to the kiosk for NFC-based or QR-code authentication, the back of the user’s gripping hand is captured by a camera on the booth.

“An A.I.-based method will process the gripping-hand image and compare it against the user’s registered hand image by checking the gripping hand’s shape, skin patterns/color, and gripping gesture,” Chen added.