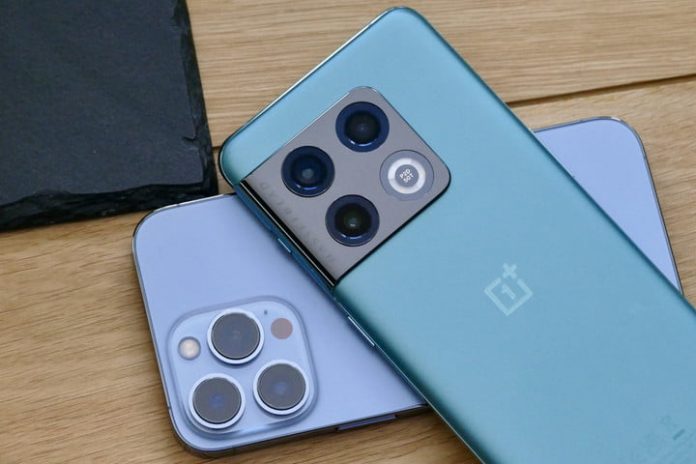 Apple’s iPhone 14 is launching in just a few months, but reports from sources far and wide are giving us a pretty clear picture of what the next iPhone upgrade will bring to the table. Most recently, a report from Apple analyst Ming-Chi Kuo indicates that Apple plans on upgrading the front-facing camera for the first time in years, improving support for Facetime, Zoom video calls, and selfies.

“The front camera of four new iPhone 14 models in [the second half of 2022] would likely upgrade to AF (autofocus) [and] about f/1.9 aperture (vs. iPhone 13’s FF (fixed-focus) and f/2.2). AF support and a lower f-number can provide a better shallow depth-of-field effect for selfies or portrait mode. In addition, AF can also enhance the focus effect for FaceTime/video call/livestreaming,” Kuo shared on Twitter.

The current iPhone 13 front-facing camera, in contrast, features a 12-megapixel f/2.2 camera. This is the same camera as the iPhone 12, and the iPhone 11 before that. With Android cameras shipping with excellent front-facing cameras, Apple has long since fallen behind on this front. Alongside reports of Apple adding a 48-megapixel camera to the iPhone for the first time, the next iPhone is set to be improving its camera quality in more than just software.

Apple has typically relied on software to push its iPhone photography forward. Portrait mode helped make up for the single iPhone XR camera, the A15 chip makes the iPhone SE camera still compete favorably with Android cameras, and Apple’s photographic styles feature on the iPhone 13 helps it match Google and Samsung in contrast and pop respectively. While the camera hardware of the iPhone 13 has been amazing — and that size certainly shows it — it has been hobbled by the lack of resolution in comparison to Android phones. Yes, a bigger number of megapixels in isolation does not always correlate to a better smartphone camera, but it helps a lot.

Megapixels aren’t the only thing Apple is increasing this year. The company has been expected to drop the iPhone Mini offerings following an underperforming iPhone 12 Mini, and new dummies on Chinese social media reportedly showcasing the iPhone 14 and iPhone Max add some corroboration to that. Noting that Android phones have standardized around the 6.4 to 6.7-inch mark, it makes a lot of sense for Apple to make its cheap iPhone bigger. For those who use their iPhones as their main computer, having a larger canvas for work and play without needing to pay a premium for camera specs they don’t need is alluring. With the iPhone SE reportedly going up in size next year, Apple certainly has its eye on bigger things on multiple fronts.

Facebook
Twitter
Pinterest
WhatsApp
Previous articleApple iPad Mini now down to lowest-ever price at Amazon
Next articleRealme is the new OnePlus, and the GT 2 Pro’s prowess proves it