HomeNewsAll these outlandish battery life claims are getting silly
News

All these outlandish battery life claims are getting silly 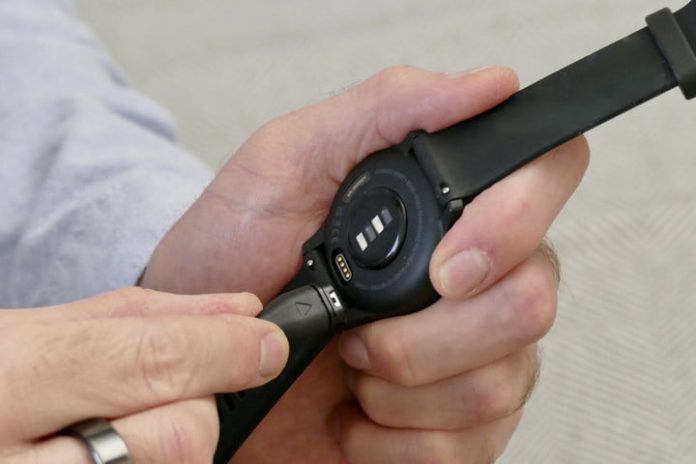 How long does the battery in your chosen device last? Whether it’s a smartphone, fitness band, smartwatch, laptop, or anything else, has it met or exceeded the claim made by the manufacturer? I’m willing to bet it hasn’t, or at least doesn’t do so on a regular basis, and that’s because many battery life figures published these days seem to be plucked out of thin air, and then a situation is constructed around it to make it work.

It’s all getting rather silly, but is there anything that can be done about it?

Knowing the approximate length of time the battery lasts in our mobile device of choice is important. It informs us about whether it’s OK to skip charging if we’re short on time, if we must take a charger on a long weekend away, or if using a phone for GPS in the car will kill it before arriving at our destination.

Yet getting accurate battery information from the manufacturer is becoming harder, as some shift toward pushing long battery life as a reason to buy a device, and then massage the figures to match the marketing message. Each battery life claim seems to come with an increasingly lengthy series of caveats, found in the small print at the bottom of the promo page, to save the company and its eager marketers from bothersome lawsuits about false advertising.

This will be touted as transparency, but many will only see the headline number and assume that it refers to “normal” use. It’s what the manufacturer wants, as it’s usually an attractive-enough number to encourage someone to buy the device. But in the near and long term, when the new owner doesn’t see the battery life claims come true in the real world, it doesn’t do the company any favors.

Not even close to the claims

This week, I’ve used two devices that illustrate the problem. The Nokia G11 smartphone, along with other Nokia-branded phones made by HDM Global, advertises a three-day battery life. In my tests, it barely lasted two days, a considerable discrepancy, particularly since my use wasn’t power-intensive. Nokia’s small print suggests I should have been able to use the phone solidly for five hours a day and still achieve three days of total use, suggesting the lab tests used were under very specific conditions that may not translate to the real world.

The Garmin Vivosmart 5 fitness tracker has a battery that will last for seven days, according to the manufacturer’s website. In reality, the battery lasted for about three days, because if you check the small print, the seven days of use is only (possibly) achievable in “smartwatch mode,” meaning if you don’t use the sleep tracking or blood oxygen monitoring features. Why anyone would not want to use these features if they are there, and if Garmin’s research sees them as unimportant and not a priority for people (thus prompting it to ignore them for the battery life claim), why make them features at all?

Elsewhere, Huawei says the Watch GT 3’s battery will last for 14 days with “typical” use. In the small print, it says this comes from lab tests, and then explains how it arrived at the figure in fine detail. That’s fine, but it also makes a secondary claim that in some situations the battery will only last for eight days. Huawei has tailored the tests to arrive at a high figure that catches the eye and then highlighted it, rather than opting to widely show the more accurate real-world battery lifetime. When I used the Watch GT 3, the battery lasted for seven days.

These are by no means the only culprits, but simply examples of a frustrating trend that’s misleading buyers.

Making battery life (and battery-charging speeds too, but that’s another story) a major selling point for these companies and many others comes from the two biggest names in the industry not making a big deal out of either. In the frantic scramble for attention when your name is not Apple or Samsung, showing the advantages of your product over competing tech is vital to success.

You really have to scroll down deep into Apple’s iPhone 13 Pro promo page to find the first mention of battery life, and when you do, it simply tells you that it’s “the best battery life ever on an iPhone,” and states how many more hours you’ll get from the battery compared to previous iPhone models. That’s it, no clear claims, no headline number, and one line about it in the small print. It assumes you are already an iPhone owner and quietly gives you a reason to upgrade, but it’s really no more helpful than splashing a single figure across the page.

Samsung is a little more precise, but it still hedges its bets. The battery in the Galaxy S22 Ultra “lasts more hours than there are in a day,” the website says, noncommittally. The small print says the estimate was made using the profile of an average user, but doesn’t actually state a clear number about the expected battery life at all. We all know there are 24 hours in a day, so subconsciously we will expect to charge our new S22 Ultra each day, without Samsung actually committing to it at all.

I feel for the companies making these claims. It’s very difficult to provide an accurate, real-world battery life figure. It’s always going to be an estimate because everyone’s use differs, not everyone’s definition of heavy or light use will be the same, and network requirements and stresses differ all over the world, which can drastically affect battery life as well. These are also some of the reasons why an industry-standard battery test is never going to become a thing, plus getting hundreds of companies in hundreds of countries to help create and then adopt such a plan would be almost impossible.

Battery life matters, and the claims made about it should be realistic and not optimistic.

But this shouldn’t be a license for manufacturers to just make a claim to fit a narrative and then promote it as a selling point, regardless of how likely you are to ever actually see it in real life. This is seemingly what many are doing, and it’s eroding any value in the battery life claims made about a device, and doing the same with our trust in these companies too. No wonder Apple and Samsung don’t want to get involved.

There needs to be true transparency. Making the headline figure the lowest possible estimate would be a start, rather than the opposite way round. No, it won’t please the marketing teams at all, but it won’t disappoint owners. Instead, we may be pleased when the battery life exceeds our expectations.

The solution at the moment is to just ignore what the manufacturer says about the battery life of a device you’re interested in buying or perhaps halve the number the company claims to get a better idea of what it may actually return. It’s a terrible solution, and we strive to debunk overly optimistic battery life estimates in our reviews, but none of us should really have to do any of this. Battery life matters and the claims made about it should be realistic and not optimistic.