HomeNewsWith No Sign of Invites, When Could the Spring Apple Event Be?...
News

With No Sign of Invites, When Could the Spring Apple Event Be? [Updated] 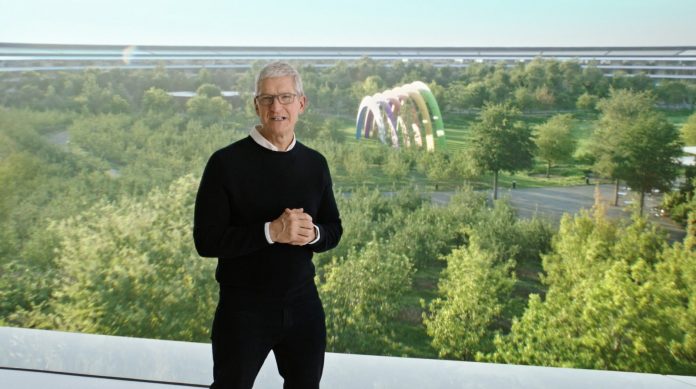 Update: We have invites for a March 8 event! Apple uncharacteristically sent them out less than a week ahead of the event.

With no sign of Apple event invites being sent out for the company’s rumored spring event on March 8, when could Apple’s long-awaited spring event be?

What Happened to the Rumored March 8 Apple Event?

Despite having a ring of the widely-rumored March 23 Apple event from last year that never occurred, when Bloomberg’s Mark Gurman first floated the chances of an Apple event on March 8, he noted that the company’s plans could change:

Apple Inc. is targeting a date on or near March 8 to unveil a new low-cost iPhone and an updated iPad… Given that the planned timing is still more than a month away, the company’s plans may change in the face of production delays or other changes…

Global events have changed considerably between February 4, when Gurman’s article was published, and March 1, when invites would have likely been sent out for an event on March 8. It seems plausible that Apple could have chosen to delay its spring event until international tensions are calmer and there is a better climate for optimism to unveil new products.

There is a small chance that Apple could still hold an event on March 8, but this would mean sending out invites less than a week before the event and this is very uncharacteristic of Apple. While the company did give just six days of notice for its event in October 2021, invites were sent out on Tuesday for the event on the following Monday, so this still seems unlikely for the rumored spring event this year.

When Could the Spring Event Be Now?

Looking ahead, there are still lots of potential dates for when Apple could host its spring event. In line with Gurman’s rumor, a spring Apple event in March seems most likely, with the company having held an event in March in six of the past eleven years. Only two spring events have occurred in April:

Apple typically holds its events on Tuesdays, with invites being sent out to the media one week earlier. Unless Apple provides less than a week’s notice ahead of its Spring event this year and with no invites sent out yet, an event on March 8 can now be mostly ruled out. This leaves three other potential dates this month:

Another rumor suggests that Apple could be targeting Wednesday, March 9 or Thursday, March 10 for its event, citing that Belkin is planning to launch accessories for the as-yet unreleased third-generation iPhone SE on March 10 in Japan:

With Apple choosing to host its spring event in April last year and opting for an event on Monday in October 2021, there is a chance that the company is starting to deviate slightly from its expected patterns, which may make an event on a Thursday more believable, but since Japan is 17 hours ahead of time in Cupertino, Wednesday, March 9 may be a more likely date.

Likewise, Gurman’s original claim said that Apple was “targeting a date on or near March 8,” meaning that March 9 or March 10 would still be more or less in line with the most influential spring Apple event rumor to date.

Could There Just Be No Apple Event?

Given the state of current affairs, there is also a chance that Apple could simply choose to unveil its new products via newsroom posts and press releases. Apple is expected to release an updated iPhone SE, iPad Air, and 13-inch MacBook Pro this spring, and all of these products would be good candidates for a more low-key announcement via press release since they are expected to be minor internal upgrades.

My take: we could see press releases for new Apple products this month. An #AppleEvent with all the associated hoopla could come across as tone deaf given current global affairs.

The current ‌iPhone SE‌, which was a substantially bigger upgrade than is expected for the new model this year, was unveiled in a press release in 2020 when there was no spring Apple event, and the company has also done this for various other iPad and Mac upgrades over the years.

In a what could be more striking announcement, Apple is also expected to launch a redesigned high-end Mac mini this spring, but it is still important to remember that the company occasionally chooses press releases to unveil even major new products, such as the AirPods Max in December 2020.

What We Know For Sure

Whatever happens, we know that new Apple devices are set to launch imminently. In January, Apple filed what is believed to be new iPhone SE and iPad Air models in the Eurasian Economic Commission (EEC) database, and in mid-February the company filed three new Mac models in the EEC database with the model numbers A2615, A2686, and A2681. A2681 is said to be a laptop, while the other two Macs are desktop machines. It seems likely that this relates to two Mac mini models and one 13-inch MacBook Pro model. Apple tends to file new devices in regulatory databases within weeks of announcing them, which suggests that the launch of these devices is now very close.

The imminent launch of these four new Apple devices is also supported by a plethora of rumors from reliable sources and they are believed to have been in mass production for several months, but there are also other devices such as the redesigned iPad Pro with wireless charing that could be on the cards for announcement soon.

It seems like it is just matter of time before we know when these new devices will be formally unveiled, and it is worth keeping an eye out at around 9am PST, which is when Apple usually sends out event invites. We will update this article as soon as we know more about when Apple’s spring event is set to take place.Tag: Majin Bu
This article, “With No Sign of Invites, When Could the Spring Apple Event Be? [Updated]” first appeared on MacRumors.com

Facebook
Twitter
Pinterest
WhatsApp
Previous articleApple Can Now Repair Face ID On Your iPhone Without Replacing the Entire Phone
Next articleDeals: Flexibits Offering 75% Off Individual and Family Plans This Month Only
- Advertisment -

Perfect for school, this Lenovo 2-in-1 laptop is a steal at 31% off