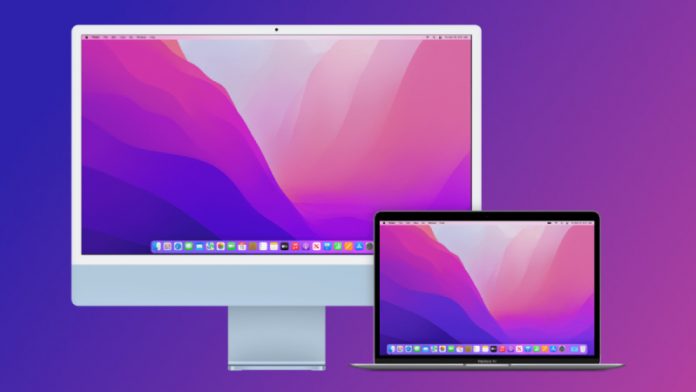 Following the latest macOS Monterey 12.3 update, users are reporting several problems when using external monitors, ranging from Macs not detecting displays at all to inaccurate screen output, according to posts on the Apple Support and MacRumors forums.

In the ten days since the update became available to the public, users have already reported issues with the update bricking Macs that have had logic board replacements and problems with using game controllers. Adding to the list of issues, users are now reporting that the update is causing problems with external monitors.

According to users on the Apple Support and MacRumors forums, some external displays connected over USB-C are no longer detected by Macs after updating to the latest macOS update. As one user on Apple Support reports:

After updating my Mac mini today to 12.3, my monitor now no longer displays an image via USB-C, just keeps saying on no signal on the monitor.

I have tried HDMI and same issue. The odd occasion it will display a picture but once I shutdown or restart the mac mini it does not display a picture. The mac is booting up. I have had to resort to connecting it to my old TV with HDMI connection.

This is so frustrating.

Other users have shared similar experiences. While many also report issues with USB-C displays, others also say that HDMI connections to the Mac are not being recognized. Some users have been able to crowdsource potential workarounds in the meantime. According to one user on the MacRumors Forums, the issue stems from macOS not recognizing a DisplayPort protocol version, which meant they had to change the version to an earlier one with poorer quality output.

Another short-term fix floated on both the Apple Support and MacRumors forums is to unplug the external display for a short time, plug it back into the Mac, and then plug the display back into a power outlet, after which it should work. Some users have also reported problems when using two external monitors with their Mac.

The issue of only one external display being recognized when two are connected to a Mac seems to have been present throughout the beta testing period for macOS 12.3. Even after release, however, the issue remains. As one user on the Apple Support forums relates:

2018 Mac Book Pro 15″ and I have 2 external monitors (same viewsonic model), have been using fine for just under 2 years. After updating to 12.3, one is recognized and one is not and I have no clue why. I have swapped cables, connected other devices, including a iPad Pro (all fine) I have tried all 4 ports on the machine no difference. The Mac book flashes when the unrecognized monitor is plugged in, but never displays an image. the monitor seems to think it’s connected (I don’t get the no signal warning) nothing…. 8* the monitor is powered and the screen it bright (bleed from the backlight). The other monitor (same exact model) connects and works fine.

The online reports suggest that these issues are not arising when using Apple’s new Studio Display, but instead with third-party monitors, such as those offered by BenQ and LG.

macOS 12.3 is Monterey’s largest point-update since launch, bringing with it Universal Control along with several other new feature additions. MacRumors earlier this week reached out to Apple for comment on the issues users are experiencing so far with the latest macOS update. We’ll update this post if we receive a response.Related Roundup: macOS MontereyRelated Forum: macOS Monterey
This article, “Users Report External Monitor Issues After Updating to macOS Monterey 12.3” first appeared on MacRumors.com