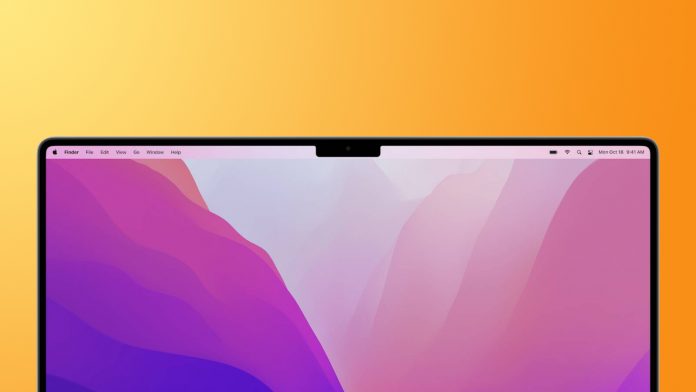 Apple’s first Mac with Face ID is unlikely to be a MacBook because the technology necessary to embed the authentication hardware into a thin notebook display still doesn’t exist, according to well-connected Bloomberg journalist Mark Gurman.

Gurman’s latest thoughts on the subject appeared in the Q&A section of his latest “Power On” newsletter. On whether ‌Face ID‌ will ever come to the Mac, Gurman writes:

Face ID was in the cards for the original M1 iMac. Naturally, the iMac is the thickest Mac with a built-in display since Apple’s laptops have fairly thin screens. At this point, the technology to embed Face ID into the thin MacBook displays doesn’t exist. So if Face ID comes to the Mac, I think it will be on an iMac or external monitor first. Apple has definitely been working on this, but time will tell if they launch it.

First shown off in 2017 with the launch of the iPhone X, Apple’s ‌Face ID‌ facial recognition system has since replaced Touch ID in most of the company’s subsequent iPhones and iPads, and rumors have inevitably suggested a future Mac will adopt ‌Face ID‌.

Broaching the topic in July 2021, Gurman said he believed Apple intended to launch its first Mac with ‌Face ID‌ “within a couple of years,” and that Apple had initially planned to include ‌Face ID‌ in 2021’s 24-inch iMac, but its inclusion was delayed because of the all-in-one machine’s 2021 redesign.

There have been rumors that Apple has tested ‌Face ID‌ for its next larger ‌‌iMac‌‌, tentatively dubbed “‌iMac‌ Pro,” but it is not a confirmed feature and it remains unclear whether ‌‌Face ID‌‌ will make it into the release version of the machine.

Aside from the technical limitations, there are also practical questions surrounding the implementation of ‌Face ID‌ on a Mac. For example, unlocking a Mac from sleep using ‌Face ID‌ would seem reasonably straightforward, but using it to authenticate actions like purchases would presumably mean it would have to be confirmed by a physical button press or perhaps be used in conjunction with ‌Touch ID‌.

As for ‌Face ID‌ on future iPhones, for at least some of the iPhone 14 models, Apple is working to eliminate the notch that houses the hardware needed for ‌Face ID‌. Display analyst Ross Young has said he expects to see both a pill-shaped cutout and a circular cutout on some ‌iPhone 14‌ models. The circular cutout will likely house the ‌Face ID‌ dot projector, and the pill-shaped cutout will include the front camera, ‌Face ID‌ infrared camera, and possibly other components.

In addition to the question of ‌Face ID‌ on Mac, Gurman’s latest newsletter reiterated that Apple is planning to hold a virtual event on Tuesday, March 8 to introduce new iPhone SE and iPad Air models, which are both expected to feature an A15 chip and 5G support.Tags: Face ID, Mark Gurman
This article, “Technology to Embed Face ID into MacBook Displays ‘Doesn’t Exist,’ Says Gurman” first appeared on MacRumors.com

Facebook
Twitter
Pinterest
WhatsApp
Previous articleDeals: Get AirPods 2 for $99 and AirPods 3 for $150 With Amazon’s New Sales
Next articleSamsung’s February 2022 update hits the Galaxy Note 10 series in the US
- Advertisment -