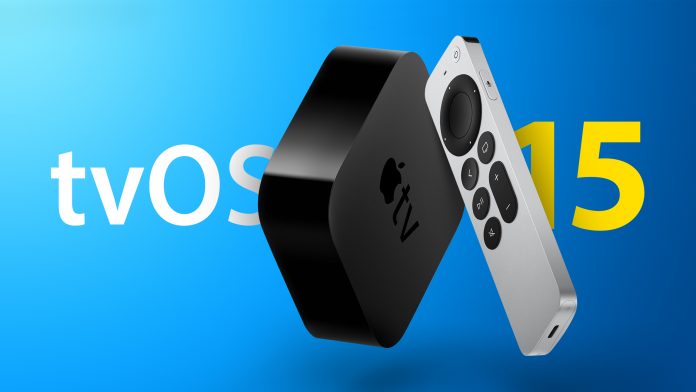 Apple today seeded the fourth beta of an upcoming tvOS 15.4 update to developers for testing purposes, with the software coming two weeks after Apple seeded the third tvOS 15.4 beta.

Developers can download the new tvOS 15.4 beta by downloading a profile onto the ‌Apple TV‌ using Xcode.

tvOS 15.4 adds support for captive Wi-Fi networks, which means that an iPhone or iPad can be used to connect your ‌Apple TV‌ to networks that require additional sign-in steps, such as in hotel rooms.

The update introduces an “Up Next” queue directly to the video player to make it easier to get from show to show when you’re watching television. It lets you select your Up Next queue without having to go back to the Home Screen.