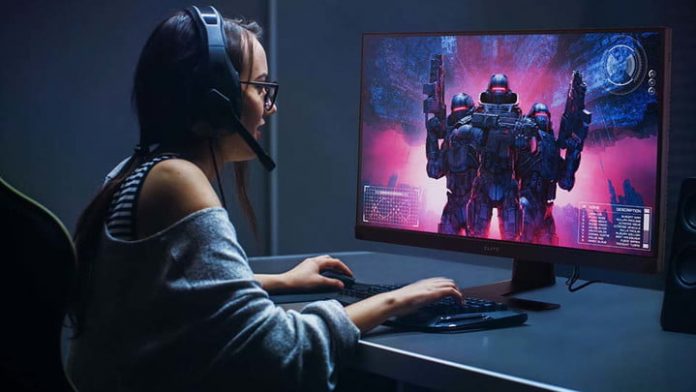 The 2022 Consumer Electronics Show (CES) has delivered many great products for gamers, from a lot of different companies, and ViewSonic has now entered the mix. Recent announcements include a series of new ViewSonic monitors and projectors designed with next-generation gaming, creativity, and multimedia consumption in mind.

At the top of the list of new monitors is the flagship 32-inch Elite XG321UG 4K Mini-LED Gaming Monitor. As the name suggests, the 32-inch 4K resolution monitor sports a mini-LED light source. Mini-LED technology is becoming more popular and is comparable to OLED because of its local dimming zones and ability to output better contrast and higher brightness — especially for gamers.

Other features include support for Nvidia reflex technology, 144Hz refresh rate, and a superfast 3.6 ms response time. Of course, the monitor also has ViewSonic Elite RGB lighting to fit in with gaming setups. And it comes with a variety of ports including three HDMI ports, one dDisplay port, and four USB ports, plus a headphone jack. Pricing starts at $2,500, and availability is set for the first quarter of this year.

Also announced were the Elite XG251G and the Elite XG271QG. These are 25-inch and 27-inch monitors respectively. Priced at $800, the XG251G is for more budget-oriented gamers. It is a 1080p display, but it sports a 360Hz refresh rate, a 1ms response time, and Nvidia G-Sync Ultimate certification. The XG271QG, meanwhile, sports a 2K resolution, a 240Hz refresh rate, and a 1ms response time. It’s priced at $900 and will be coming later in January.

As for the projectors, ViewSonic’s latest entries are the X1 Smart LED Projector and the X2 Smart LED projector. These both are 1080p projectors and sport features like Harman Kardon speakers, 16GB of local storage, a 3,100 LED lumen, and Cinema SuperColor+ technology. Note that the X1 has a standard throw lens and 1.3x optical zoom, whereas the X2 has a short-throw lens and 1.2x optical zoom. These will be priced at $1,000 and $1,200, rspectively, with availability for April.

ViewSonic also launched portable monitors and a new monitor for creative professionals. More information, photos, and videos of all these products are available on the company’s CES 2020 landing page.