HomeNewsIn defense of the Dell XPS 13 Plus
News

In defense of the Dell XPS 13 Plus 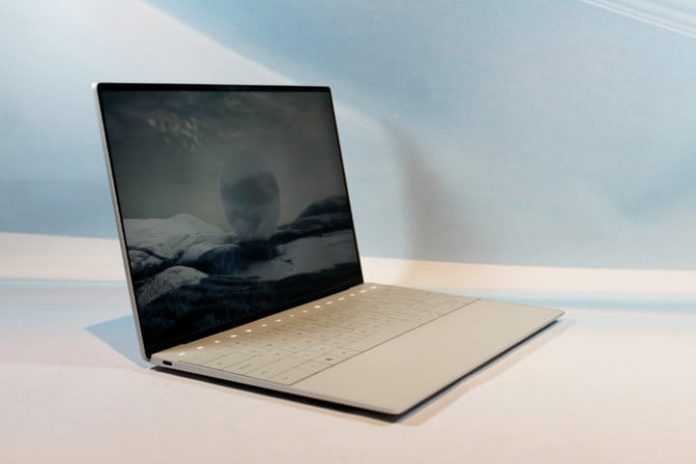 Dell’s upcoming XPS 13 Plus has been called a lot of things. Experimental. Risky. Bold. Impractical, even.

But when it comes to technology, and specifically an established category like laptops, there’s only one rule that matters: Innovate or die. As great as the standard XPS 13 has been over the years, it’s entirely possible for the laptop to fall behind. The Dell XPS 13 Plus ensures that’ll never happen, even if it risks being rejected due to some of its more controversial changes.

One of the most visible design changes is the loss of the carbon or glass fiber layer on the XPS 13 keyboard deck, depending on which color you select. Not only does the fiber provide a distinctive look, but it also makes for warmer and more comfortable palm rests. The XPS 13 Plus is all aluminum, giving it a colder feel and a simpler aesthetic.

But there’s more to it than that. The palm rest on the XPS 13 Plus is an unblemished stripe of metal. There’s no visible touchpad marring the lines, giving the inside of the XPS 13 Plus a stunningly clean look. While all-metal designs might be common, this aspect is not. I’m not sure there’s another contemporary laptop that creates such a modern aesthetic in this aspect of its design.

Dell was able to implement the look thanks to the inclusion of another new and futuristic feature, a haptic touchpad that’s rendered invisible in the ultra-clean palm rest. The same effect would likely have been impossible to produce with the fiber layer, so it had to go.

Looking at it from this perspective, I like the decision even though I’ll miss the warm feel and attractive look afforded by the fiber coating. The palm rest is striking and creates its own aesthetic flair — and not many laptops can say the same. In essence, Dell created a laptop with an even simpler and more cohesive design, while still managing to give it something to help it stand out from the crowd.

Haptic feedback for the win

Apple has used haptic feedback for its MacBook touchpads for several generations, and it’s a technology that the company has perfected and that works exceptionally well. The latest versions are virtually indistinguishable from physical touchpads, and they offer some advantages like the ability to click anywhere without worrying about physical buttons.

The market is very slowly following suit, with the XPS 13 Plus being one of the first to implement its own haptic touchpad. Lenovo is another with its new addition to the ThinkPad line, the ThinkPad Z13.

I think this is an excellent upgrade that will prove popular, and I applaud Dell for implementing it. I don’t know what the next version of the XPS 13 will look like, and it’s entirely possible that it, too, will sport a haptic touchpad of its own (although I have no reason to think one way or another). Certainly, in our initial testing, the touchpad is a bit clunky, but that’s to be expected in preproduction machines.

I imagine Dell will get this ironed out by the time the laptop ships. And as mentioned above, without the haptic technology, Dell would have been unable to implement its standout palm rest, demonstrating that the company combined function and form in designing the XPS 13 Plus.

Gaining performance with an innovative approach

At first glance, one of the more perplexing changes is the switch to capacitive touch buttons for the row of function keys. They roughly mimic Apple’s Touch Bar, which was already abandoned on the most recent MacBook Pro machines. So, why follow Apple over the cliff?

Well, according to Dell, the reason is twofold. First, it makes for a slick, futuristic look. That much is undoubtedly true. Like the Touch Bar, the capacitive touch buttons allow space for larger keycaps.

But the second reason is a thirst for more performance. Dell is equipping the XPS 13 Plus with the faster 28-watt version of Intel’s 12th-gen Core CPU. To keep that processor running at full speed, Dell needed to implement a more advanced thermal design, which required more space. Apparently, using the touch buttons gave Dell some additional room for larger fans and heat sinks.

That makes sense, in theory. I do wish that there was some kind of haptic feedback to know that a button has been pressed. But there are plenty of people who would likely trade in physical keys if it means gaining improved performance.

A good keyboard made even better

Dell also dramatically changed the keyboard itself. Instead of the large keycaps and excellent spacing of the XPS 13’s version, the XPS 13 Plus keyboard is completely flat with almost no key spacing while sporting even larger keys. It’s certainly a striking design that complements the palm rest in creating a futuristic look, and it’s edge-to-edge, providing more room for comfortable typing in general.

Fortunately, the keys retain the 1mm of travel enjoyed by the rest of the XPS line, and in our hands-on testing felt just as good. I can call this change a positive, assuming that you can get used to the new layout — the more streamlined look and the larger keycaps could be an advantage as long as it doesn’t slow you down.

The XPS 13 Plus drops the 3.5mm audio jack, a move we’ve seen from just a few laptop makers and one that might be the most controversial change of all. The reason is the same given for the touch function keys — Dell says it needed all the space it could get for better thermal performance without enlarging the thickness of the chassis.

It’s hard to call removing the headphone jack “innovative.” It’s certainly not what made us choose this for our list of the most anticipated laptops of 2022. That is, unless Dell is able to get noticeably better performance out of a laptop that’s seriously thin and light. When you’re competing against the efficiency of Apple’s M1 MacBook Air, that’s extremely important.

And while no one’s excited to lose their headphone jack, look at what has happened with phones over the years. Critics bemoaned the lack of a headphone jack on the iPhone 7. But more than five years later, it’s become the standard on modern flagship smartphones.

Today, more people than ever are using wireless Bluetooth headphones and earbuds. Regardless of how they feel, that means the average person probably uses their headphone jack much less than in the past. And again, if it means better performance without increasing the thickness, and that’s the cherry on top.

Like I said at the beginning, a laptop manufacturer today must innovate or it won’t survive in a market that’s constantly evolving. Dell has done well at keeping up with performance enhancements and display technologies, but its designs are running the risk of getting a little stale.

Mixing things up with the XPS 13 Plus, again without impacting the venerable XPS 13, seems like a wise choice. Even if it doesn’t end up being the most popular XPS in the lineup, the XPS 13 Plus points the way toward a more innovative future for the line, and that’s important. Sitting on its laurels would be even riskier, and it’s now clear that Dell has no intention of doing so.