HomeNewsThe OnePlus Pad is the very unoriginal name for the company’s first...
News 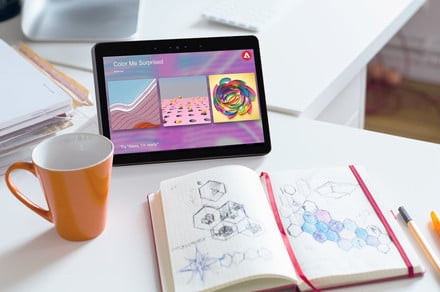 For a really long time, Apple and Samsung have pretty much dominated the tablet space with a combined market share of more than 50%. Now, Chinese smartphone maker OnePlus seems to be keen on entering the space as well. A recent report by Indian tipster Mukul Sharma and 91 Mobiles indicates that OnePlus could launch its first-ever tablet next year. Unsurprisingly, OnePlus is likely to give this device a very unoriginal name: The OnePlus Pad.

According to Mukul, the OnePlus Pad is likely to be launched first in China, followed by India by the second half of 2022. However, this also means that we should not expect OnePlus to launch the OnePlus Pad along with the company’s OnePlus 10 lineup, which is expected in the first quarter of 2022.  There is also no word on if the OnePlus Pad refers to just a single device or if we’d see an entire lineup of OnePlus Pad tablets being simultaneously launched.

Interestingly, this development comes nearly five months after a certification document granted by the European Union Intellectual Property Office revealed that OnePlus owns the rights for the name “OnePlus Pad.” This could also be an indication that OnePlus has global plans for the OnePlus Pad and that we will see these tablets make it to Europe and, possibly, North America.

Even if the OnePlus Pad does make it to Europe and the U.S., there is no denying that it will be an uphill task for the company to have any sizable impact on the market, at least in the first few years of its existence. This becomes painfully evident when you realize that the third biggest tablet maker in the world — Lenovo — has been around for a really long time and still only has about 9% of the market.

In comparison, Apple is pretty much the behemoth here with a massive 32% of the global tablet market captured by its comprehensive lineup of iPads. Samsung gets by with a decent 20% of the market. The only other sizable player in this segment are Lenovo and Amazon — with the latter garnering 6.8% of the tablet space in 2021.