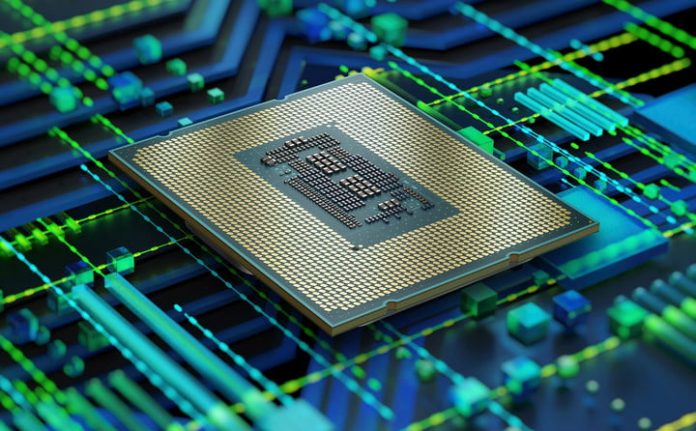 An insight into the CPU initially emerged in November when it was tested in a Gigabyte Aorus 15 YE4 laptop. The Alder Lake chip performed extremely well when compared to Intel’s Core i7-11800H and AMD Ryzen 9 5900HX processors.

The Core i7-12800H processor has emerged once again on Geekbench. Three new tests were conducted on a 2022 Razer Blade 15 gaming laptop (RZ09-0421). Notably, the subsequent scores that have surfaced are much higher than the results we saw in last month’s benchmarks.

The mobile CPU features 14 cores and 20 threads, while the Apple M1 Max processor powering the 2021 MacBook Pro laptop offers 10 cores and 10 threads. Granted, the latter has an obvious disadvantage but NotebookCheck’s comparison of the two processors still yields some interesting results. The Geekbench 5.4 average scores for Apple’s M1 Max chip, which are based on two tests, reached 1,773 points for the single-core test and 12,636 points for the multi-core test.

While Intel’s upcoming processor is receiving noteworthy scores across the board, it has a distinct core and thread advantage over the M1 Max. Thermal efficiency is another aspect that needs to be taken into account. One of the improvements Apple’s latest silicon offers over its Intel-based predecessors is the fact that it produces a considerable amount of performance while keeping power consumption at levels that don’t require a lot of energy.

As for how the Alder Lake chip performs against an AMD processor, the Intel Core i7-12800H’s single-core score is +18.69% over the Ryzen 9 5900HX, which sports 8 cores. In regard to the multi-core test, the results are even more favorable for Intel’s CPU, with a +54.66% advantage over AMD’s silicon.

Intel’s Core i7-12800H, part of the upcoming Alder Lake-P lineup designed for laptops, utilizes the 12th-gen chip’s hybrid architecture consisting of both high-performance cores and power-efficient cores. With this in mind, it’s not surprising that the processor delivers better results over the Ryzen 9 5900HX and 11th-gen Tiger Lake-based Core i7-11800H chips.

Still, the improvements pertaining to single and multi-core performance between the November and December benchmarks shouldn’t be disregarded — a +8.28% and +30.39% difference in single and multi-core scores, respectively. The i7-12800H managed to attain a peak frequency of 3,690 MHz this month, assisted by 32GB of DDR5 RAM.

Facebook
Twitter
Pinterest
WhatsApp
Previous articleC-Band and mid-band 5G: What it is, and why it’s important
Next articleHow to stream Xbox Game Pass (xCloud) to your Android phone
- Advertisment -