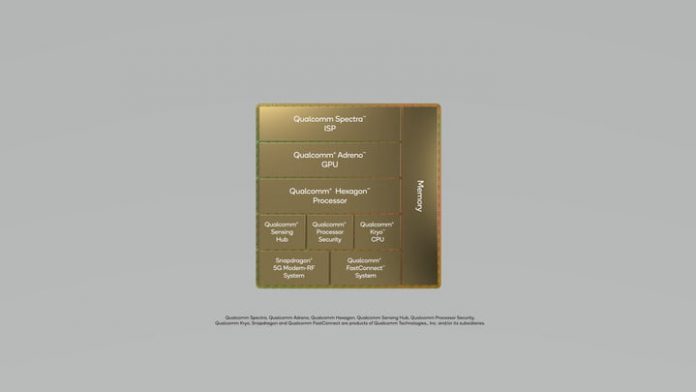 When people think of a digital camera, whether on its own or integrated into a smartphone, they generally focus on the lens and the sensor. They ask how many megapixels it has, how sharp is the lens, or how high can its lowlight sensitivity go. What many people neglect to take into serious consideration is the processor, which is a bit like evaluating your eyes while discounting your brain. The new Snapdragon 8 Gen 1 Mobile Platform is the new “brain” that’s going to power many next-gen smartphone cameras, and it’s worth taking a closer look at what that means for photography.

The Snapdragon 8 Gen 1 Mobile Platform introduces a suite of camera features that Qualcomm is calling “Snapdragon Sight Technology”, and many of its most impressive capabilities are enabled by its 18-bit Image Signal Processor (ISP), which delivers speeds of up to 3.2 gigapixels per second from up to three different cameras simultaneously. It can capture 8K High Dynamic Range (HDR) video, and record over a billion shades of color.

This new ISP means big things in terms of lowlight capability as well. Beyond the physical limitations of your camera’s sensor and the lens, it’s the processor that determines how well the camera handles lowlight situations. The Snapdragon 8 chipset overcomes limitations in dark situations by capturing 30 images in the span of a second and then combining them together to create a clean and attractive final image in dimly lit situations. This is known as Multi-frame Noise Reduction, or MFNR, and less advanced versions of it have been an increasingly common feature of cameras for years now.

Qualcomm isn’t the only name in the game delivering new capabilities to smartphones. Media Tech recently announced its new Dimensity 9000 processor, which surpasses the Snapdragon 8 in some regards (you can also take a look at our direct comparison with the previous-gen Snapdragon 888). Most significantly, it supports cameras with resolutions up to a staggering 320MP and is the first processor to be able to support up to three cameras simultaneously recording 18-bit HDR video.

This means that phones utilizing this chip could potentially allow you to record with a wide, ultrawide, and telephoto camera at the same time, all in glorious HDR. This would be advantageous if — for example — you want to film something but aren’t sure if you want a close-up or a wide-angle shot. By shooting with several cameras at once, you can decide later at your leisure which focal length works best and alter it after the fact.

Both the offerings from MediaTek and Qualcomm will offer improved A.I. face detection, autofocus, and auto-exposure, as well as better A.I.-generated bokeh (out of focus areas), but you might well wonder why these advances are actually so remarkable. After all, the cameras in this year’s phones are fantastic. My Samsung Galaxy S21 Ultra 5G, for example, with its older Qualcomm Snapdragon processor, is a powerful enough photographic tool that I often find myself leaving my Nikon Z6 at home if I don’t have something specific in mind to photograph.

What you need to consider is that last year’s phone is competing with the aging processor in my Z6, a midrange full-frame camera from several years back. The new Snapdragon 8 Gen 1 platform, on the other hand, is more comparable in terms of its feature set with the processor in Nikon’s recently announced high-end flagship camera, the Z9. That processor is the Nikon Expeed 7, and it’s one of the most powerful processors ever put into a camera.

Now, I’m not saying that smartphone processors on phones that run you about $1,000 are at all comparable to a $5,500 professional camera. However, if you look at the spec sheet of both devices, you begin to realize the power Qualcomm and MediaTek are cramming into their hardware.

The Snapdragon 8 Gen 1 can shoot 8K at 30 frames per second (fps), and as a frame of reference, the Z9 can also capture 8K at 30 fps (though Nikon promises to add 8k 60fps in a future firmware update). The Z9 does do 8K in RAW video format, but then the Snapdragon 8 does 8K in HDR. The Z9 also includes lowlight multi-exposure tech similar to the Snapdragon 8. Both the Snapdragon 8 and the Z9 feature A.I. systems designed for super-accurate A.I.-enhanced tracking and autofocus.

It must be reiterated again that the Z9 firmly outclasses any smartphone or, indeed, most other cameras, but that’s not the point — this isn’t a competition. The point is that next year’s smartphones are going to bring some crazy new features to devices that are otherwise reserved for only the most expensive cameras. It’s tech that, even a few years ago, might have seemed impossible but will soon become commonplace and ubiquitous.

What phone manufacturers will actually do with the Snapdragon 8 Gen 1 platform or the Mediatek Dimensity 9000 has yet to be seen, but the focus of these systems on filming with multiple cameras in HDR is telling. It speaks to a higher degree of computational photography being implemented to take advantage of these processors’ greater computational power and imaging bandwidth.

A platform to unlock DSLR-level capabilities on smartphones

The real potential of the Snapdragon 8 Gen 1 platform lies in what companies like Samsung might be able to do. For example, in its next flagship, the rumored S22 Ultra, Samsung might well implement a photography mode where triple-array cameras are just capturing everything simultaneously — telephoto, wide angle, and super wide angle. With HDR and A.I. drive subject tracking, it could then create a dynamic recording mode where the user is instantly presented with an optimal result calculated by advanced A.I. systems. All of this could also be drastically changed after the fact, particularly when it comes to adjusting the focal length.

So, when you’re drooling over the next big glitzy smartphone reveal event, or ogling the latest products from Nikon, Canon, or Sony, spare a thought for the humble engineers puzzling over infinitesimally small and unimaginably complex mazes of silicon. It is because of them that your future photos of cats and parking lot sunsets will be rendered in such fantastic detail.