HomeNewsYour $1,000 flagship may not have faster 5G speeds than a budget...
News

Your $1,000 flagship may not have faster 5G speeds than a budget phone 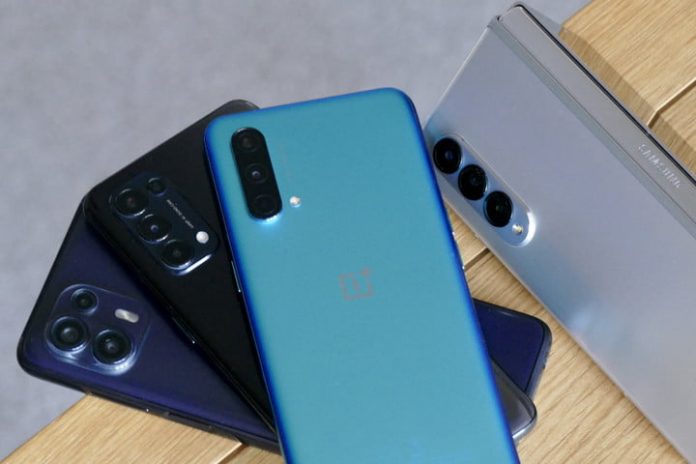 After spending over $1,000 on a flagship 5G phone, you might think you’re getting the fastest network speeds possible. After all, isn’t that what you’re paying for? But our recent network testing shows that may very well not be the case, with 5G performance on flagship phones being minimally better than budget phones, and in some cases, actually worse.

To give you some context, earlier this year, we put the 5G-capable MediaTek Dimensity 700 against the Qualcomm Snapdragon 480 in a test to see which processor delivered the best 5G performance and had the best daily user experience. Six months on, we’re going to take a look at four new 5G phones with different chips to see how they compare to answer this question: Does paying more for a smartphone with a flagship processor inside give you the fastest network connection, or is it all pumped-up marketing?

Before going into the details, we received some very interesting feedback from MediaTek after our last test, which is also relevant to this one. MediaTek contacted Digital Trends to discuss the 5G speed test results, as the Dimensity 700-powered Realme 8 5G couldn’t match the Oppo A54 5G with a Qualcomm chip inside. The company then took its own test equipment to the area where I had tested the phones, and in conversations afterwards, it gave plenty of insight into how 5G varies across phones, networks, and location.

In the previous test, hyperlocalization of the 5G signal meant that just a short distance away from where I tested my phones, MediaTek’s speed tests all showed almost identical results. I used the network’s coverage map to find an area with 5G, but even where it’s shown to be full strength inside and outside, results can clearly vary.

According to MediaTek, the variation in results depends on more than just location. The different modems in each phone all perform slightly differently, further affecting the results, along with other considerations like network conditions, whether the phone itself has been tested and is sold by the carrier, and even how the phone is configured to show when it genuinely has a 5G signal and uses it for download. Some phones apparently may show 5G in the status bar, but actually connect to 4G due to network conditions.

In other words, it’s very difficult to really assess 5G performance. However, this kind of test — using 5G on the phone you have in your pocket, at the time you need it — is representative of how we all use our phones in real life, and it helps us understand 5G’s current benefits, along with which processor and modem combination makes the most out of what’s available. This time, it also shows whether a more expensive phone performs better than a cheaper one.

We used two of the cheapest 5G phones available for the last test, but this time we tried four phones in all, with three falling into the mid-range and one into the high-end. We chose the Motorola Moto Edge Lite, the Oppo Find X3 Lite, the OnePlus Nord 2, and the Samsung Galaxy Z Fold 3. While some of these may be hard to find in the U.S., the processors used can be found in a variety of smartphones available everywhere.

Obviously, the Galaxy Z Fold 3 isn’t likely to be a consideration for anyone seriously looking at the Motorola, Oppo, or OnePlus phones, but it’ll be interesting to see what, if any, difference there is in 5G performance out of a phone with a flagship processor and modem inside versus decidedly midrange devices. I also chose a different location this time, visiting the center of a large town right next to a train station that is shown as having a strong indoor/outdoor 5G signal by the U.K.’s EE network operator.

Finally, the test was run using two apps, Speedtest by Ookla and the Fast Speed Test.

I ran all the tests multiple times with no other apps running, and with all phones running the latest versions of their respective software, then recorded the best performance for each phone. All are U.K. supplied review sample phones apart from the Galaxy Z Fold 3, which was purchased new directly from Samsung. The EE network sells all the devices tested except the OnePlus Nord 2, which is available unlocked through OnePlus.

Here’s what happened when connecting to the EE network in the U.K., with a full 5G signal displaying on all phones:

Later, I ran the same tests in a 4G area with 75% reception showing on each phone:

As noted, I recorded the fastest result for each series of tests, and while the Samsung Galaxy Z Fold 3 did manage a respectable speed using Ookla, most of the time, it struggled to meet 200Mbps download on 5G, and around 40Mbps download on 4G. Its speed on the Fast Speed Test app is more representative of what I usually saw using Ookla. All the other phones consistently kept around the same speeds as listed, with the variation at little more than 20Mbps.

I downloaded the required apps from Google Play using the 5G connection and didn’t really notice any real-world difference in speed between them. The same goes for using Chrome to browse to a few sites and scrubbing through a YouTube video.

It’s great to see the MediaTek-powered smartphones hold their own against the Qualcomm-powered phones in this test when last time they differed greatly. The OnePlus Nord 2’s performance with its Dimensity 1200 processor — tweaked by OnePlus using MediaTek’s Dimensity Open Resource Architecture (DORA) initiative — cements it as a highly recommended phone purchase for anyone with around 500 pounds to spend on a new device.

The Galaxy Z Fold 3’s showing is not what I expected, and now requires further investigation, including putting it against other devices with a Qualcomm Snapdragon 888 processor inside. For now, though, it definitely shows that just because you spend a lot of money on a new phone doesn’t mean you’re guaranteed the best 5G performance, no matter how good the design and features are. So, if you’re looking at a flagship phone in the hopes of using 5G to its full potential, it may not actually be providing you with faster speeds.