HomeNewsThe rumors were true: Windows 11 is getting a beautiful new media...
News

The rumors were true: Windows 11 is getting a beautiful new media player 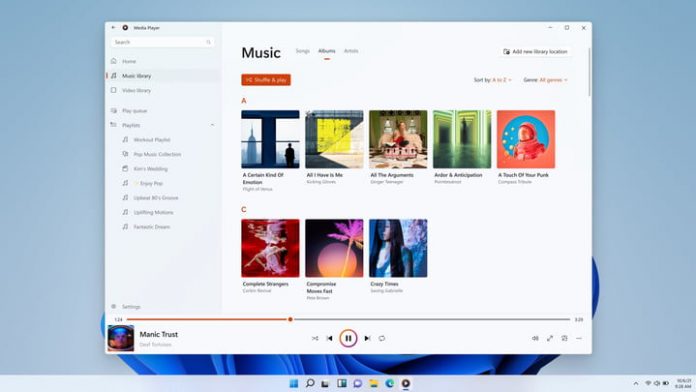 After a screenshot in a Windows Insider webcast suggested its existence in September, Microsoft has just officially announced a new media player for Windows 11.

Rolling out first to beta testers enrolled in the Dev Channel of the Windows Insider program, the new media player is designed to make watching your multimedia content more enjoyable on Windows 11. Compared to the old Groove media player in Windows 11, you should notice a cleaner user interface that’s more in line with the other core Windows 11 experiences like the new Clock App, as well as Paint. As an example, the status bar on the bottom is now cleaner and more narrow.

The new Media Player also has a full-featured music library. Microsoft says this library should let you “quickly browse and play music, as well as create and manage playlists.” If you already use Groove Music player as default in Windows 11, then you will be migrated to the new experience. The old Groove Music app is on the way out, and an update to the new media player will replace it. You can also customize the media player and tell it where to look for content.

Other changes in this new media player include album art and rich artist imagery. Microsoft even has a new mini player, which shows that imagery. The mini player will include full support for browsing, managing, and watching your local video collection.

Just because Microsoft has a new media player in Windows 11 doesn’t mean the legacy one will be gone. The company is still planning to support the Windows Media Player, which has been around since Windows XP. This can be found under Windows Tools. It wants feedback on the new experience, which is still an early beta.

If you try it out today, you might still find some bugs.  Microsoft says that there is an issue preventing media playback from network locations, and some issues showing album metadata. The early version of the app might not respect your Windows theme, either.

Future updates will be coming to this media player, so you can browse your music and video collections and manage your play queue. These might roll out in beta first. Everyone else can expect to see the new media player in the regular version of Windows 11 in a few weeks or months.