HomeNewsShould you buy an Apple Pencil on Black Friday 2021?
News

Should you buy an Apple Pencil on Black Friday 2021? 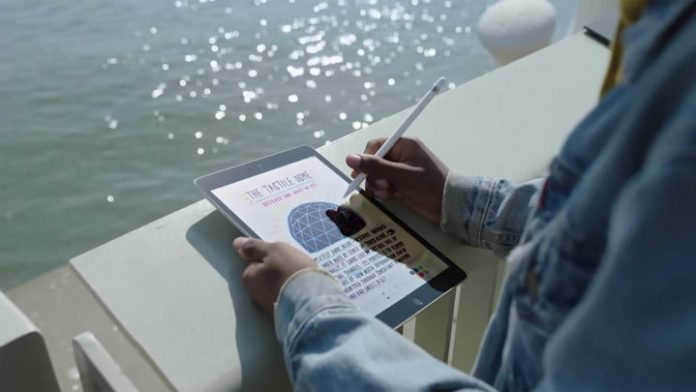 Is Black Friday a good time to buy an Apple Pencil? Only in specific circumstances — and those circumstances are, “Do you want to spend less money?” Of course you do. Black Friday deals are a great opportunity to buy yourself a new Apple Pencil, as discounts are available across a large range of Apple products. While discounts on Apple’s gear are rarely deep, it’s still worth keeping an eye out for the best Black Friday Apple deals during any sales period, and doubly so where Black Friday is concerned.

While Amazon’s Prime Day has made some strong competition these last few years, Black Friday is still the biggest shopping event of the year, and millions of shoppers seek to grab themselves a deal on the annual shopping bonanza. But you don’t need to go to a physical store to snag deals. Hundreds of deals will be available both on and in the run-up to Black Friday itself, so make sure to check out the early deals if you’re thinking of partaking in the capitalist frenzy.

We’re already seeing some (very) early deals for both generations of the Apple Pencil. Early versions of the iPad Pro and the basic iPads only support the first-generation Apple Pencil, which is seeing some pretty good discounts already, like this Walmart Apple Pencil deal that slashes it down to $80 — a $19 saving on the retail price.

The second-generation Apple Pencil isn’t likely to see the same low price, but we’re still seeing some decent deals. Walmart has a $100 deal, knocking $25 off, and Amazon is offering the same, though Amazon is advertising a $29 discount on retail. Regardless, it’s nice to be able to take your pick.

Make sure you buy the right Apple Pencil for your iPad though, as not every iPad works with every Apple Pencil. Make sure to read our Apple Pencil compatibility guide before pulling the trigger on any Apple Pencil purchase. The last thing you want is a useless stylus that doesn’t work with your iPad — especially if that means you miss a deal on the Apple Pencil that would work.

Why buy an Apple Pencil?

You may be asking why you need an Apple Pencil, and that’s a good question. It’s worth saying that not everyone does need an Apple Pencil. If you use your tablet for some quick social media flicking, or for watching videos in bed or in the kitchen, you might not get a lot out of Apple’s fancy stylus. It’s definitely fair to say the Apple Pencil is still aimed largely at those who use their iPads to draw, scribble, or design.

Indeed, that’s probably the primary use case for most Apple Pencils. Both the Apple Pencil second generation and Apple Pencil first generation sport some excellent response rates, and they both feel great to use on the iPad’s display. You can tilt the stylus to automatically shift into shading, or apply more or less force for differing line strengths and thicknesses. They’re simply excellent drawing tools.

But it’s important to state that the Apple Pencil isn’t just about drawing and designing. Apple has gone to great lengths to add more normal functionality to the Apple Pencil. The standout one is Scribble mode, which allows you to use the Apple Pencil to write directly into text fields. It’s a fun addition, and while it’s probably not enough to sell an Apple Pencil by itself, it’s useful if you do like to take notes by hand on your iPad.

Still not sure? Check out our list of the best Apple Pencil tips and tricks to see whether it’s a good fit for your life or not.