HomeNewsRedmi India’s rebranded Note 11T 5G could be its last smartphone of...
News 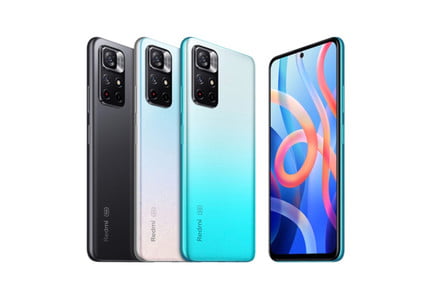 Break-neck speed for those who live life in the fast lane! Brace yourselves for the arrival of Redmi's #NextGenRacer. 🚥

Gear up for the race of the season here:👉 https://t.co/vG106xqjE7 pic.twitter.com/lTWqYS73rJ

These include a 6.6-inch, 90Hz IPS LCD panel and the MediaTek Dimensity 810 processor. We also expect the Redmi Note 11T 5G to pack a 5,000mAh battery with support for 33-watt fast charging. It remains to be seen whether Redmi India ships the phone with a 33-watt charger in the box, though. The camera configuration on the Redmi Note 11T 5G includes dual rear cameras and a single 16MP front-facing unit for selfies. The primary camera on the back is likely to be a 50-megapixel sensor, while the secondary 8MP camera will be paired with an ultrawide lens.

At launch, the Redmi Note 11T 5G will run MIUI 12.5 on top of Android 11. There will be multiple storage variants on offer, ranging from an entry-level 6GB+64GB variant to a top-end 8GB+128GB model. There will be three color options: Stardust White, Matte Black, and Aquamarine Blue. The Redmi Note 10T 5G could turn out to be the last major smartphone launch in India from Xiaomi for 2021, with the company likely to launch the rest of the Redmi Note 11 lineup starting early 2022.

Discovery Phase For Software Development: How Much Does It Cost?

Blurams Dome Lite 2: The $50 pan and tilt camera for the masses?