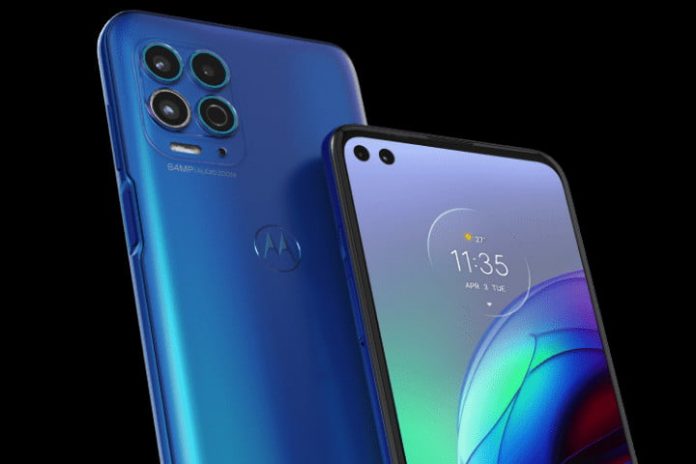 Motorola officially launched the Moto G100 in March 2021 and released it in the United States in July. Now, the successor to the device — the Moto G200 — has been unveiled . The phone has been internally code-named “Yukon/Xpeng.” The new smartphone is expected to be launched in China as the Moto Edge S30 and be available for sale in January 2021.

Motorola’s upcoming device will have a plastic unibody, with a 6.8 inch LCD full HD+ display featuring an impressive refresh rate of 144Hz. This is much higher than the Moto G100’s refresh rate of 90Hz. The Moto G100’s Snapdragon 870 5G chipset will also receive a more powerful upgrade, with the G200 expected to be powered by a Snapdragon 888 processor. It will feature 8GB RAM and either 128 GB and 256 GB of storage.

The Motorola Moto G100, the predecessor to the enhanced G200.

Motorola has ditched the telephoto camera for this model. The front selfie camera in the hole-punch cutout at the top will have a resolution of 16 megapixels and be powered by an OV16A1Q sensor, which has been used in devices such as the Xiaomi Redmi Note 9Pro and the Moto G60. The primary camera is the impressive S5KHM2 108MP sensor from Samsung, while the ultrawide camera lens is a macro sensor with a resolution of 8MP. The third and final rear camera is a 2MP depth sensor from OmniVision.

The battery capacity will be a decent 5000mAh with fast charging of 33 watts. The 3.5 mm headphone jack has been removed. A single speaker and IP52 safety rating are also among the phone’s features.

The phone will feature with the Android 11 OS, with the possibility of one Android update and security patches. The Moto G200 is expected to arrive in two color variants: Stellar blue and glacier green. It will cost $509. Further details are expected soon.