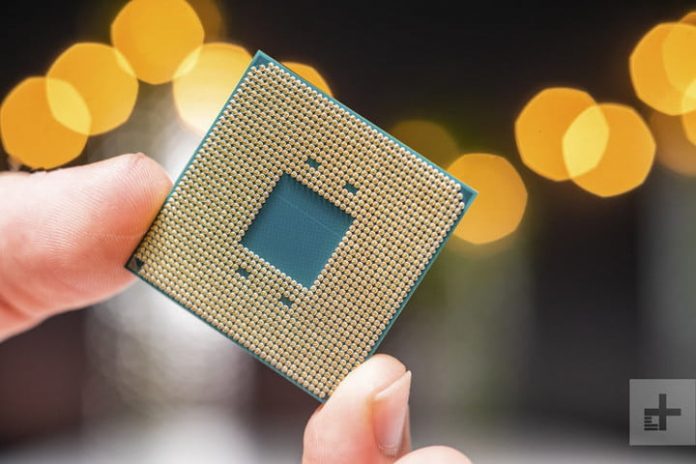 There’s an understandable excitement around comparisons of top chips, like the Intel Core i9-12900K vs. AMD Ryzen 5950X, but for most CPU buyers, the midrange is much more important. That’s where the real value is found, and the most pressing head-to-head comparison right now is between the Intel Core i5-12600K and AMD Ryzen 5600X.

Can those new efficiency cores and an enhanced Intel process make the 12600K better than the 5600X? Let’s find out.

The AMD Ryzen 5600X launched in November 2020, debuting with a recommended retail price just under $300. Due to stock shortages, it regularly sold for more than that until well into 2021, although it is now much more readily found at that $299 mark. It’s also worth bearing in mind that with the performance results below, it wouldn’t be a surprise to see AMD slash its midrange Ryzen 5000 pricing in short order.

The Intel Core i5-12600K officially went on sale on November 4, 2021, with a suggested retail price of $289. However, due to prerelease anticipation, it regularly sells for around $340. Stock levels are precarious even at big retailers, and though the chip can be found, it isn’t always in stock.

The AMD Ryzen 5600X has been one our favorite processors since it released, offering excellent gaming and multithreaded performance. While it stood head and shoulders above its contemporaries based on bang for the buck at its release, Intel’s Alder Lake has introduced a new generation of competition that it’s struggling to keep up with.

In gaming, the Intel Core i5-12600K is an absolute monster. Its six Golden Cove performance cores deliver incredible single-core performance, which translates very well to gaming. Across the board of tested games, including the likes of Forza Horizon 4 and Civilization VI, the 12600K steams ahead of not only the Ryzen 5600X, but many of its more powerful siblings as well. It completely invalidates the last-generation Intel processors, and in many cases is only a few steps behind the much more expensive Core i9-12900K — even if that CPU remains the gaming king.

The Core i5-12600K makes a real case for itself as the best value gaming CPU of its generation.

There are a few cases where AMD’s processors still hold sway, like Assassin’s Creed Valhalla and Microsoft Flight Simulator, but even in those niche cases, the 12600K is incredibly competitive, only falling behind by a frame or two per second.

The Core i5-12600K makes a real case for itself as the best value gaming CPU of its generation, and thrashes AMD’s yearlong hold on the midrange gaming CPU landscape.

In productivity tasks, the field of CPU performance that AMD has dominated for years, the 12600K does amazingly well again. Leveraging its Gracemont efficiency cores to great effect, this 10-core (six plus four) processor wipes the floor with the mere six cores of the 5600X, performing anywhere from 10% to 30% faster in the most popular benchmark suites and tools. Although AMD’s top Ryzen 9 5950X still often maintains its lead in those tasks, it’s much more expensive than the 12600K — and even the 12900K –making Intel’s chips better value propositions based on the price-to-performance spectrum, even if they don’t always hold the performance edge.

The only caveat to all that is that most of the best numbers achieved by the Core i5-12600K involved using DDR5 memory. That’s not only something you cannot recycle from your previous-generation gaming PC, but it’s relatively expensive to buy new. Not to mention the motherboards that support it. DDR4 isn’t going to wreck its performance, especially in gaming, but it will impact it, making the 12600K a great gaming CPU at a good price, but one that comes at an overall somewhat expensive upgrade cost.

There’s another cost to consider: Power. The Core i5-12600K is incredibly power-hungry for a mid-ange processor on a newer, more efficient process node. Although it takes full advantage of Intel’s new Intel 7 (10nm) process, and its efficiency cores help to lower its power and thermal demands when performing lower-end tasks, it needs a lot when you really push it. Its base level TDP is 125 watts, but when in its highest power state for maximum performance, it can consume as much as 150W and output that much through the cooler, too.

That’s still much more efficient than the previous generation of Intel processors, which could consume way more than that for much less performance, but it’s not nothing.

As impressive as the 12600K is, it requires over double the power and thermal demands of the AMD design..

In comparison, the AMD Ryzen 5600X has a TDP of just 65W, and though there have been reports of it using a little more than that when fully loaded and given the thermal headroom to automatically overclock, it isn’t going much beyond 70W.

As impressive as the 12600K is, it requires over double the power and thermal demands of the AMD design. That puts added pressure on your cooling, power supply, and the kind of systems a chip like this is best suited for. Ryzen CPUs may remain better for smaller, more thermally constrained systems — especially if you’re trying to fit a big, powerful GPU as well.

Intel’s new line of Alder Lake processors aren’t just new and impressive on the inside, they support some intriguing new features as well. Along with support for DDR5 memory, you also get support for PCI Express 5.0 on compatible motherboards. There isn’t much use for that at the moment, but when the  upcoming generation of PCIExpress NVMe SSDs arrives in the next few months, they’re going to be amazingly fast and Intel exclusives — likely until AMD launches its Zen 4 CPUs in the latter half of 2022.

Intel paid a heavy price for its stagnation on 14nm, giving AMD years to catch up with its multiple iterations of Ryzen, culminating in the Zen 3 architecture that has given AMD the gaming crown for the past year. Now, the 12600K and its fellow Alder Lake processors are here to change that, offering the new pinnacle in gaming performance. By raising the core count of the midrange in a similar manner to how AMD did with the first-generation Ryzen CPUs, Intel has also improved multithreaded performance to the point where it’s competitive, or even eclipses AMD at this all-important midrange.

The Core i5-12600K is a marvel of performance, but like Intel as a whole, it also pays a heavy price for Intel’s stagnation. It is a CPU at the bleeding edge of what’s possible in its new, but already antiquated process node. While it’s great to see Intel’s 10nm (now called Intel 7) see the light of day on desktop, it comes years after AMD had moved down to a true 7nm TSMC process. That, combined with a tighter focus on fewer cores, makes the AMD Ryzen 5600X a much more efficient CPU that runs cooler and quieter.

That doesn’t matter if you’re just building a big gaming PC or budget-conscious production machine — the 12600K is clearly the better CPU in just about every way. But if you want something smaller or care about the power draw of your PC, it’s an important aspect to consider.