How DRM sabotaged a weekend of PC gaming 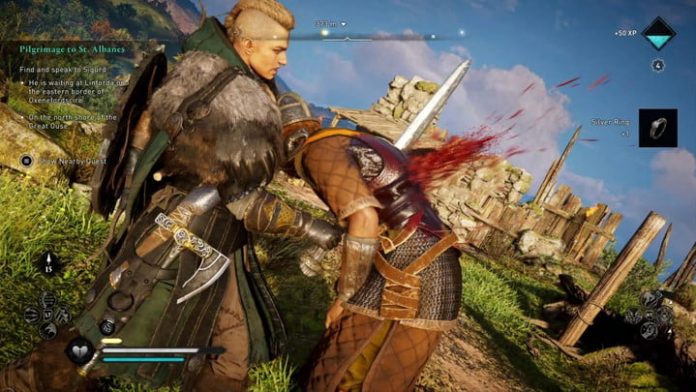 This past weekend was a big deal for the PC gaming crowd. It marked the release of a new generation of Intel processors that sit atop the list of the best gaming processors you can buy, and it was situated in the middle of the fall video game release boom that has included the likes of Guardians of the Galaxy, Call of Duty Vanguard, and Forza Horizon 5.

But DRM, or Digital Right Management services, got in the way.

Denuvo, one of the most popular DRM services available, had more than one slipup this weekend. The first seems to relate to an expired domain name. On November 7, PC gamers were met with a “server not reachable” error when launching games like Shadow of the Tomb Raider and Guardians of the Galaxy. Forum posts on ResetEra and threads on Steam started flooding in immediately as players uncovered more offline single-player games that were unplayable.

@PlanetZooGame @shadowofwargame your DRM provider has let their domain name lapse, and it's killed your game startup… along with multiple other games I imagine. pic.twitter.com/rQk58K4AuJ

We’re not sure how many games were affected, but the number is high. In addition to the titles mentioned above, users reported issues with Wolfenstein Youngblood, Yakuza: Like a Dragon, and Persona 4 Golden. Although it hasn’t been confirmed, it seems Denuvo didn’t renew the domain it uses to authenticate games.

The domain record shows that it was renewed on November 7 — the same day when this whole fiasco went down. Previously, it showed that the domain expired on September 24. There were several weeks in between the expiration date and when the domain provider pulled the plug, and that negligence ultimately fell on PC gamers who purchased and wanted to play single-player offline games.

This news is all the more sour considering the launch of Intel’s recent 12th-gen Alder Lake platform. Following the launch, Intel released a list of 51 games that don’t work with the platform. According to Intel, the DRM services these games use has some issues with the processor’s architecture, leading to constant crashing across Windows 10 and Windows 11.

We noted these issues in our Intel Core i9-12900K review. Assassin’s Creed Valhalla, one of the main benchmarks we used, refused to boot while using the processor.

Assassin’s Creed Valhalla is one of several games that doesn’t work right now.

For its part, Denuvo released a statement saying that it “provided patches for those titles to be compatible with Alder Lake ahead of its release.” Regardless of who blame falls on, the result is a massive list of AAA games that aren’t playable with the latest tech. And the list is squarely focusedon  a few publishers — EA, Ubisoft, and Sega, in particular — who have had issues with Denuvo in the past.

Ahead of Alder Lake’s launch, Square Enix removed Denuvo from several of its games, including Nier Replicant, Marvel’s Avengers, and Final Fantasy XII. Similarly, Bethesda removed the DRM from Doom Eternal, and Capcom followed suit with Devil May Cry V. Capcom had some big issues with Denuvo earlier this year, too, when the DRM caused massive stuttering problems in Resident Evil Village.

The issue of DRM was front and center this past weekend. As has been the case in the past, the people who pay for antipiracy measures aren’t pirates — they’re legitimate buyers. From games not connecting to authentication servers to inexplicable crashes with the latest CPUs, DRM continues to prove that buying and owning are two different things.

hey @PlanetZooGame is the game down right now? I am having a &quot;server is not reachable&quot; pop up whenever I try to start the game 🙁 pic.twitter.com/ucChwOl7I6

Facebook
Twitter
Pinterest
WhatsApp
Previous articleApple is the now the third most popular laptop brand in America behind HP, Dell
Next articleThe funny formula: Why machine-generated humor is the holy grail of A.I.
- Advertisment -