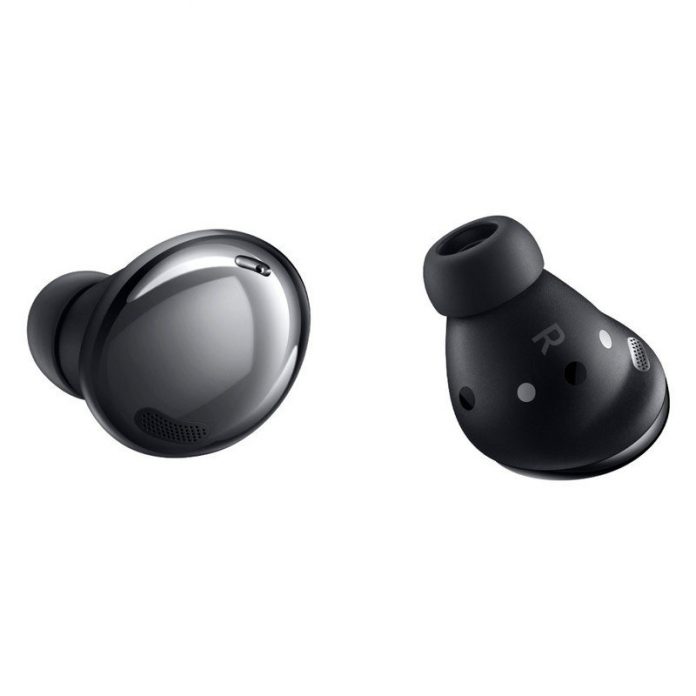 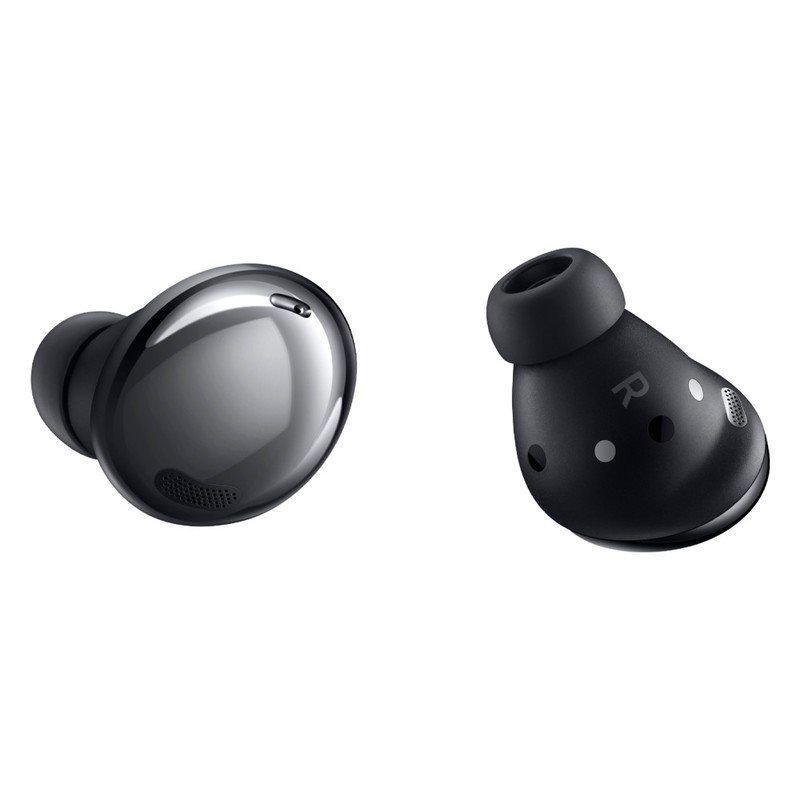 Samsung built the Galaxy Buds Pro to include as many features as possible, and the outcome generally leads to performative success. Active noise cancelation, ambient mode, and 360 Audio all come together to offer a deep audio experience made only better by increased water resistance. 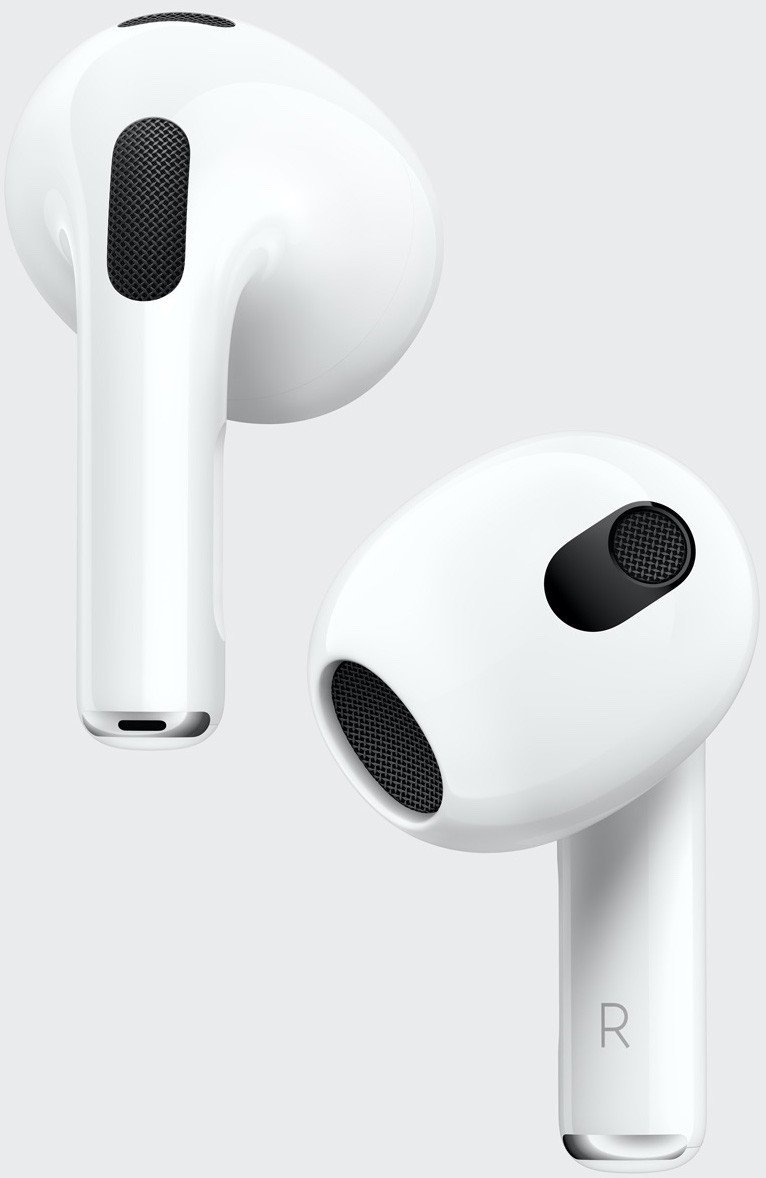 Apple took its entry-level earbuds and gave them a look befitting the AirPods Pro, with a fit more in line with the previous AirPods (2nd Gen). Newer features under the hood set these apart from their predecessors, but familiar restraints handcuff these earbuds from being so much better than they are.

When two giants like Apple and Samsung use the word “Pro” to describe their best wireless earbuds, it leads to an interesting battle. Samsung finally took its best features and folded them into one single pair in the Galaxy Buds Pro, while Apple previously did the same with its AirPods Pro. With similar paths, finding the contrasts only makes this matchup more intriguing. 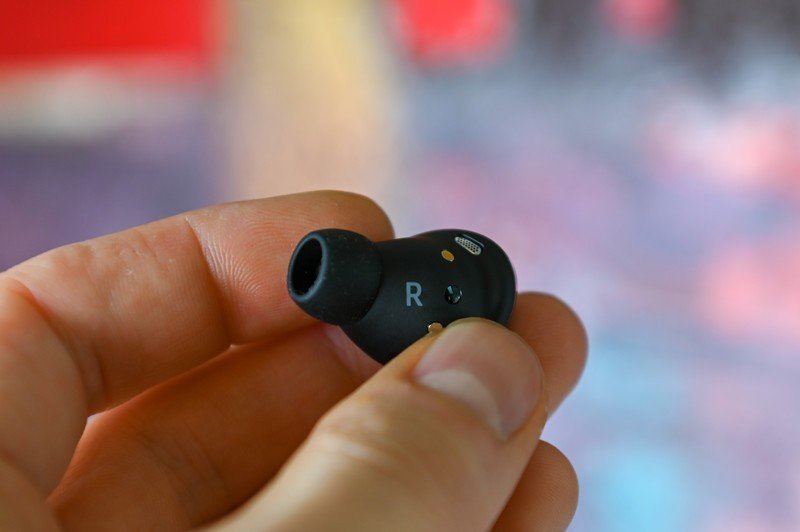 You may not view this as a fair comparison. After all, the Galaxy Buds Pro are Samsung’s flagship earbuds, whereas the AirPods (3rd Gen) are mid-range at best. And yet, they almost cost the same price, which begs the question of the value proposition for these two. A brief overview of the specs appears to slant things in Samsung’s favor, but the nuances are what really sets them apart.

The Galaxy Buds Pro have three distinct advantages that appear in the specs. First is just how much more durable they are to water and sweat. Workouts and runs aren’t something to worry about, whereas the AirPods aren’t built to take the same punishment. Second, the Buds Pro have active noise cancelation (ANC), while the AirPods have no feature to deal with background noise. And third, Samsung beats Apple in battery life, even when ANC is always on. That’s not even getting into the fact Apple continues to use Lightning to charge its latest earbuds.

Apple omitted things that are now routinely available in earbuds costing the same or less. Moreover, it also stuck to an open-fit design that narrows any wiggle room to find a fit that works. The Buds Pro come with different-sized ear tips to fashion a tighter seal and preserve as much of the audio verve as possible. Without question, fit and comfort are the more contentious aspects between these two pairs because each is subjective. 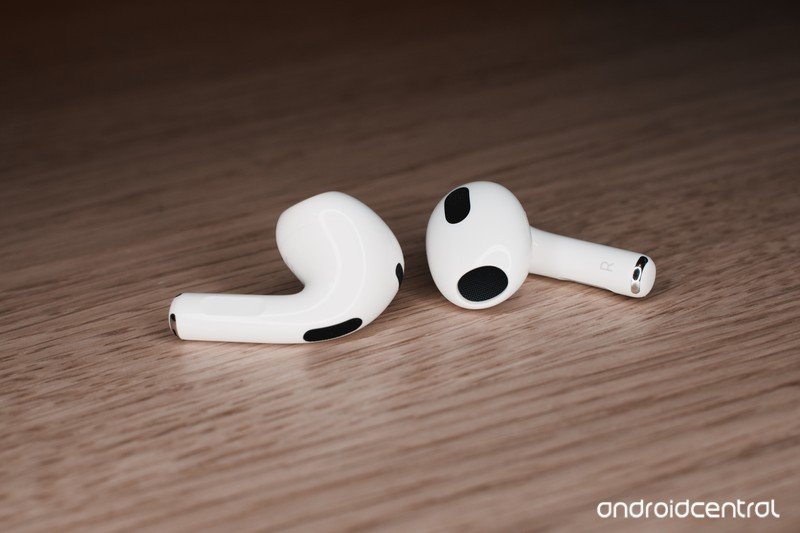 Samsung crammed a lot into the Galaxy Buds Pro, and because of that, there is a noticeable bump on the inner part of the body. It makes contact with the inner ear (concha), so the fit won’t necessarily feel right if it feels too fat. I suspect this affects people with smaller ears more than others, but it could be an issue, regardless. In contrast, the AirPods aren’t hindered that way, as the contoured design is supposed to rest in the inner ear with the shorter stem sticking out below.

That’s easier to do when you don’t offer all the same things. The AirPods (3rd Gen) carry on the tradition of not having ANC. There’s no need for an ambient mode because the open-fit design essentially gives you one by default. Background noise will creep in, no matter what.

Fit and comfort are the more contentious aspects between these two pairs because they invite much subjectivity.

Having ANC is already a big boost for the Buds Pro in this matchup, as is the ambient mode to hear the background when you want to. The Galaxy Wearable app offers a decent amount of customization, whereas the AirPods (3rd Gen) have little to none. Samsung paired ANC with ambient to kick in once the Buds Pro detect you’re talking in a feature it calls Voice Detect, which lowers the volume of whatever you’re listening to and allows you to converse with someone. After 5-15 seconds of silence, the volume raises back up.

Each pair has a “Find My” section if you misplace or lose them, while Samsung also threw in a gaming mode under the Lab section in the app. However, unlike the AirPods Pro, these third-generation AirPods don’t have a specific low latency mode for gaming.

Both companies share equal blame for not embracing manual equalizers to allow people to decide what kind of sound they want for themselves. The Galaxy Wearable app offers six presets that aren’t bad, but earbuds that sound this good would be even better if Samsung let people tinker with them. As usual, Apple tries to automate this by using its Adaptive EQ to analyze background noise and automatically adjust the sound based on what’s going on around you.

Given the fit and internal components, it’s hardly a surprise the Galaxy Buds Pro sound better. Not only do you get better and more rumbling bass, but you also get better mids for a balanced soundstage. Being able to seal in the audio with the ear tips makes a massive difference, and is a key reason why music comes through crisp and clear. The AirPods (3rd Gen) are better than their predecessors. But they’re also hindered by the same design issues that continue to hold them back from reaching another audio plateau, especially for what they cost.

Apple tried to sweeten the pot by bringing Spatial Audio over to these AirPods in the form of two settings, Fixed and Head Tracking. Both give you virtual surround effects, though they’re most effective when listening to content coded to play that way. It’s a nice feature to have in earbuds like this, and it is probably just as good as the 360 Audio Samsung put in the Galaxy Buds Pro.

Given the fit and internal components, it’s hardly a surprise the Galaxy Buds Pro sound better.

The AirPods are long well received for their phone call quality, and that continues with the third generation. While the AirPods Pro have better microphones, these AirPods are more than capable of making calls sound great on both ends. Years ago, this would’ve been a route for Apple’s earbuds, except Samsung has taken significant steps to improve in this area, and the Galaxy Buds Pro are excellent as well.

Apple has also managed to do onboard touch controls effectively, which is exactly what you can expect here. They hold an edge over the Galaxy Buds Pro simply based on consistency. Samsung is getting better at it, just not as good yet.

As for colors, Apple sticks to its familiar white, while the Galaxy Buds Pro come in Phantom Black, Phantom Silver, and Phantom Violet.

Samsung Galaxy Buds Pro vs. Apple AirPods (3rd Gen): Which should you choose? 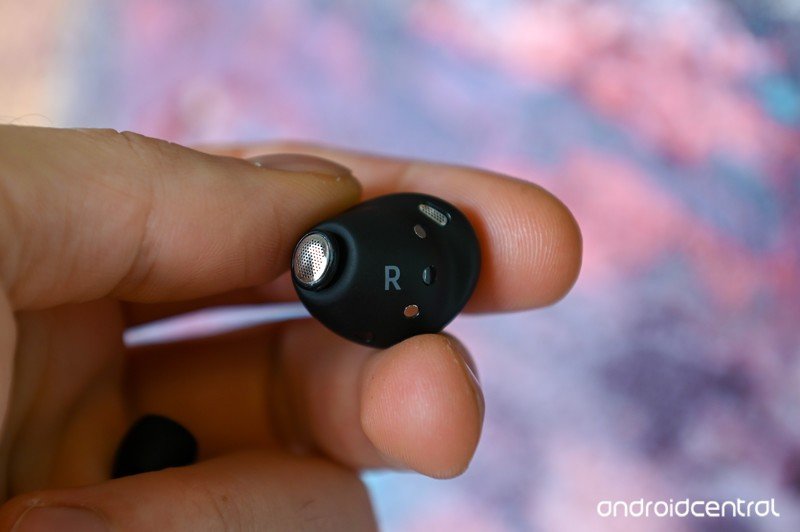 Both companies designed their earbuds to do more within their respective ecosystems. The Galaxy Buds Pro support an Auto-Switch feature allowing you to switch between Samsung phones, tablets, and computers. This way, you can watch something on one and then take a call on another. Apple offers a similar experience with the AirPods (3rd Gen) to switch audio on Apple devices. Unfortunately, those things don’t cross lines, meaning you can’t get the same experience using the Buds Pro with Apple devices, nor the AirPods with an Android one.

Given how close the two are in price, the Buds Pro are a better value because the design and functionality deliver better audio playback and more outstanding durability. ANC is great to have, as is the support coming from the Galaxy Wearable app. The AirPods may look trendy and iconic, but they’re not going to match what Samsung achieved here.

Samsung takes its best true wireless earbuds to the next level by adding new features that set them apart from past versions.

The AirPods (3rd Gen) sport a slightly different look, yet maintain their open-fit design that comes with consequences for playback,