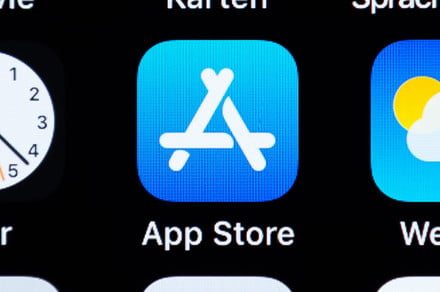 Apple will have to allow third-party developers the ability to link outside the App Store pretty soon. After appealing the ruling in the Epic case that said it had to allow for third-party links and buttons in App Store apps and requesting a denial, the company was met with a refusal by a federal court in Oakland.

By its telling, Apple’s motion for a stay was based on a need to protect its customers and developers by building new policies to accommodate the new state of play and remove the prohibition on anti-steering it had enshrined.

“It is exceedingly complicated. There have to be guard rails and guidelines to protect children, protect developers, protect consumers, and protect Apple. They have to be written into guidelines that can be explained and enforced and applied,” Apple’s attorney Mark Perry argued, according to Reuters. Without such protections, Apple could be subject to irreparable injury as trust in the App Store is eroded, the company said.

In its ruling, the court took a dim view of Apple’s request for a stay, bluntly stating: “That the injunction may require additional engineering or guidelines is not evidence of irreparable injury. Rather, at best, it only suggests that more time is needed to comply. Apple, though, did not request additional time to comply. It wants an open-ended stay with no requirement that it make any effort to comply. Time is not irreparable injury.”

More broadly, the court wrote in its ruling dismissing the overall appeal: “Apple’s motion is based on a selective reading of this court’s findings and ignores all of the findings which supported the injunction, namely incipient antitrust conduct including super-competitive commission rates resulting in extraordinarily high operating margins and which have not been correlated to the value of its intellectual property. This incipient antitrust conduct is the result, in part, of the anti-steering policies which Apple has enforced to harm competition. As a consequence, the motion is fundamentally flawed.” Apple has signaled its intention to take the case to the 9th Circuit Court for further appeals.

The company’s anti-steering policies have come into full focus, alongside Google’s, over the past year as lawsuits like Epic’s and legislation from Japan and Korea have come into play to force Apple and Google to open up their app stores. Google has seemingly complied without any fuss , while Apple is showing intent to fight against these cases until it has no choice. Its rivals are already waiting iin the wings.

OnePlus 10R review: A Realme in all but name