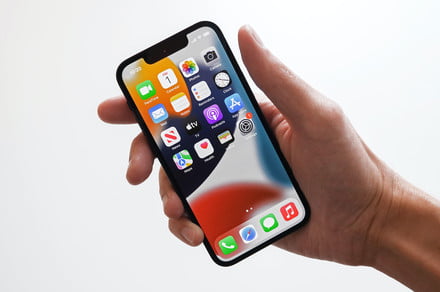 If you’ve been having problems with calls dropping on your iPhone, there’s some good news, as Apple has just pushed out a minor iOS update to resolve this very problem.

The bigger iOS 15.2 update we’ve been waiting for isn’t ready quite yet, however Apple clearly feels that the problems some folks are having with call performance is important enough to push out a smaller iOS 15.1.1 update in the interim.

According to the release notes, this small update includes only one big fix: It “improves call drop performance on iPhone 12 and iPhone 13 models.”

We haven’t seen too many complaints about this problem online, so it’s not clear how many iPhone owners it’s impacting or whether it only applies to 5G calling or certain carrier networks. It’s possible Apple merely discovered the problem internally, and it’s simply being proactive about fixing it before it becomes widespread.

Since iOS 15.1.1 only addresses this one issue that’s specific to the iPhone 12 and iPhone 13 families — including the Pro models — and doesn’t include any security fixes, Apple isn’t releasing it for older models. There’s also no iPadOS equivalent, for obvious reasons. If you’re using an affected iPhone, however, you should be able to find the update in the usual way, by going into Settings > General > Software Update on your iPhone.

If you’re not experiencing problems with dropped calls, however, there’s really no need to rush out and install this update, since it doesn’t appear to do much else. The same fix will almost certainly be incorporated into iOS 15.2, which is expected to include several interesting new features and is likely to arrive in the next few weeks.

Apple is finally backtracking in its war on Mac repairability