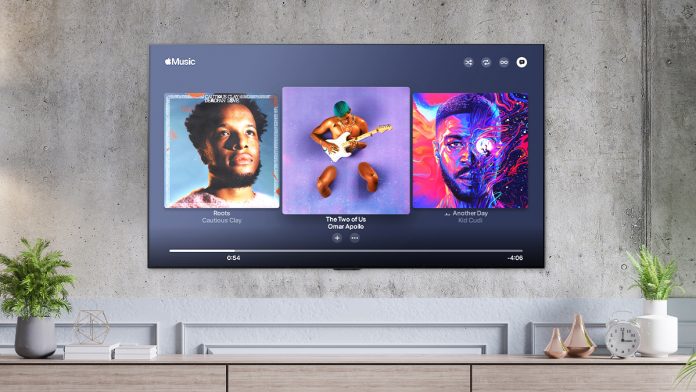 The Apple Music app for LG smart TVs is today rolling out to users, with LG now promoting the app on social media.

The Apple Music app for LG smart TVs allows subscribers to stream over 90 million songs, as well as playlists, radio stations, and music videos, with no need for any external hardware such as an Apple TV. The app also supports ‌Apple Music‌ realtime lyrics.

It is as yet unclear which exact LG TV models support the app, but it is more likely that more recent model years will be supported. Users can find out if they have a supported TV by simply searching for ‘‌Apple Music‌’ in the LG content store.Tags: LG, Apple Music
This article, “Apple Music App for LG Smart TVs Now Available” first appeared on MacRumors.com