HomeNewsThe Apple M1X may not be called ‘M1X’ at all
News

The Apple M1X may not be called ‘M1X’ at all 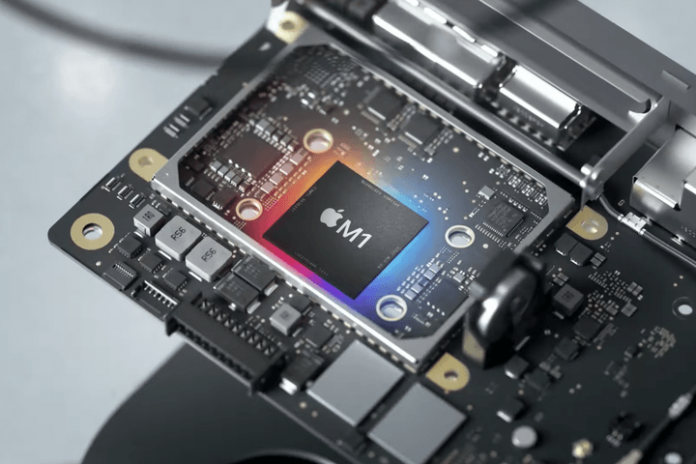 Apple’s hotly-anticipated M1X chip may not be called the “M1X” at all. App logs have revealed names like “M1 Pro” and “M1 Max,” suggesting that Apple is taking a different approach to naming with its M1 refresh. We’ll know in a few short hours, with Apple’s Unleashed event going live shortly.

A developer in contact with Bloomberg’s Mark Gurman has seen the chip appear under the names “M1 Pro” and “M1 Max” in app logs. Although most of the internet has run with “M1X” as the name, Apple hasn’t confirmed what the new chip will be called. These other names are possible, lining up with two different versions of the chip.

The M1X — or whatever it ends up being called — is rumored to come in two versions. One will sport 16 graphics cores, while the other comes with 32. That could be why we’re seeing the different names, with the M1 Pro getting 16 cores and the M1 Max getting 32, or vice versa.

Traditionally, Apple has stuck with an “X” to signify iterations on its silicon. You can see that as far back as the A5X, which first appeared in the third generation of iPads. Apple has also used “Z” as a suffix before, but usually to note an iteration of an iteration. An example of that is the A12Z, which was based on the A12X.

Although these names have shown up in app logs, it doesn’t mean those are the names Apple will use. The “X” and “Z” strategy might make the most sense, matching the 2020 iPad Pro. It featured the same CPU as the 2018 iPad Pro but with more graphics cores, so the A12X on the 2018 model turned into the M12Z on the 2020 one.

With only GPU cores separating the two versions of the M1X, we could see a similar approach. We’ll know more shortly during Apple’s Unleashed event, where we expect to see the M1X inside new MacBook Pros and a new Mac Mini.

The M1X is rumored to be an iteration of Apple’s M1 silicon. It’s said to feature 10 CPU cores — eight high-performance and two high-efficiency — and up to 32 GPU cores. That’s a big bump over the M1, which tops out at eight CPU and GPU cores. In addition, the M1X design is rumored to support up to 64GB of RAM.

QuietOn 3 vs. Bose Sleepbuds 2: White noise or no noise?

The Galaxy S21 FE 5G Exynos is a potential bestseller, but at a steep price