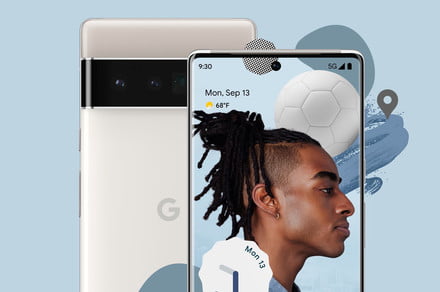 Google’s Pixel 6 and Pixel 6 Pro are launching in just over a day, but final leaks reveal the expected pricing of both products in the U.S. and UK. These aren’t leaks per see, but they come from retailers posting pricing information ahead of the release date.

The first links are sourced to a physical Target store showcasing the Pixel 6 and Pixel 6 Pro prices. The Pixel 6 will start at $599, while the Pixel 6 pro will be a bit more expensive at $898. Of these are true, these will be the cheapest mainstream Pixels so far and undercut even Apple’s already pretty inexpensive $799 iPhone 13. The Pixel 5, by way of contrast, started at $699 and offered a lot less than the Pixel 6.

The Pixel 6 Pro also appeared briefly on a now scrubbed Amazon U.K. listing spotted by WinFuture’s Roland Quandt. The listing indicates 849 British pounds for the 128GB Pixel 6 Pro, with the 256GB model rising to 949 British pounds. The listing also indicates a November 1 shipping date for the Pixel 6, at least in the UK. It’s worth noting that this pricing includes tax, explaining some of the discrepancies.

If these pricing reports are what Google is intending, the Pixel 6 and Pixel 6 Pro would be the most aggressively priced Pixels yet. Yes, the company has its pretty good Pixel A-Series line that offers a bit of the Pixel experience for more — but those are cheap phones, while the Pixel 6 would simply be an inexpensive one.

As if to put a cap on this final burst of leaks, a Romanian Twitter user claims to already have hands-on the Pixel 6, providing a first look at the retail boxes.

The Google Pixel 6 and Pixel 6 Pro are going to be unveiled tomorrow at an online event by Google. Alongside these low prices, the company is expected to reveal a slew of camera updates, its first homespun Google Tensor chips, and a new Pixel Pass plan as it takes on Apple with every tool in its arsenal.