HomeNewsOppo’s Android 12-based ColorOS 12 is coming to the Find X3 Pro...
News 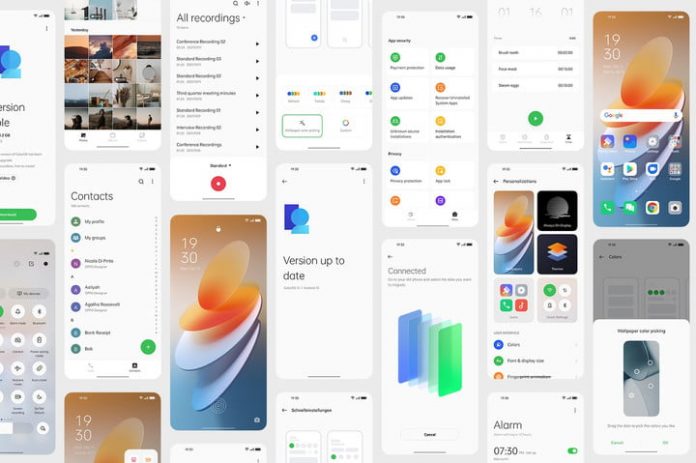 ColorOS 12, Oppo’s smartphone operating system based on Google’s Android 12, will be coming to the Oppo Find X3 Pro in December, with other models in the company’s range to follow over the coming year. Oppo says the new version is cleaner, smoother, and more inclusive than before, but if you’re waiting to hear a mass of new features, you may be disappointed.

Inclusivity is one of the key aspects of ColorOS 12, and important to the continued growth of ColorOS around the world. New Omoji animated emoji characters have a wide range of customizations to ensure they appeal to everyone, for example, but it’s in the software itself that a lot of work has taken place to make it more inclusive. This includes formatting and appearance changes for text in languages other than Chinese and English, new translations for specific languages including Danish, where Oppo understood it was lacking, and even alterations to the camera app algorithm in the beautification feature to make it more suitable for more people.

Oppo claims it has a global user base of 440 million people, making these changes very important, and describes ColorOS as “maturing software,” which is one reason big new features will come at a slower rate. What will you see? Most notably it has a new PC Connect feature which operates like Samsung DeX and provides a multiscreen experience with a compatible Windows 10 computer. There’s also a clever Quick Return Bubble which lets players of certain games (PUBG and League of Legends among them) quickly return to play when in another app during wait times, and it includes a handy timer too.

Other changes include Google Discover being reinstated to the left of the Home screen, a three-finger translate mode that uses Google Lens technology, plus a privacy dashboard and battery data added to the Phone Manager app. The design will take on Google’s Material You look, plus Oppo will adopt Google’s Call and Message apps as the default, along with Google Assistant too. The camera and microphone use indicator from Android 12 will be part of ColorOS 12, along with many other privacy features from Google’s new software.

One interesting advantage to using ColorOS 12 on a smartphone is the potential for improving battery life, which Oppo says will get a 12% increase over the same phone using ColorOS 11. The more efficient software should stay fresher for longer too, with Oppo saying the “aging” rate is just 2.75% over three years, meaning fewer creeping performance problems over the average ownership period.

The plan is to release ColorOS 12 first on the Oppo Find X3 Pro from December, followed by the rest of the Find X3 range, Find X2 phones, Reno4 models, the Reno6, the Reno 10x Zoom, the A94, A74, and A73 phones during the first half of 2022. The remaining A series phones should get the software during the second half of 2022. However, this is all subject to change, and Oppo warns the software will be released in batches, so you may need patience before it gets to your phone.

Facebook
Twitter
Pinterest
WhatsApp
Previous articleOnePlus 9 RT official specs have been confirmed prior to its launch date
Next articleDeals: Get Apple’s M1 MacBook Air at the Lowest Prices Ever Seen, Starting at $849.99 for 256GB ($149 Off)
- Advertisment -