HomeNewsMicrosoft might be building its own version of the Apple M1 chip...
News 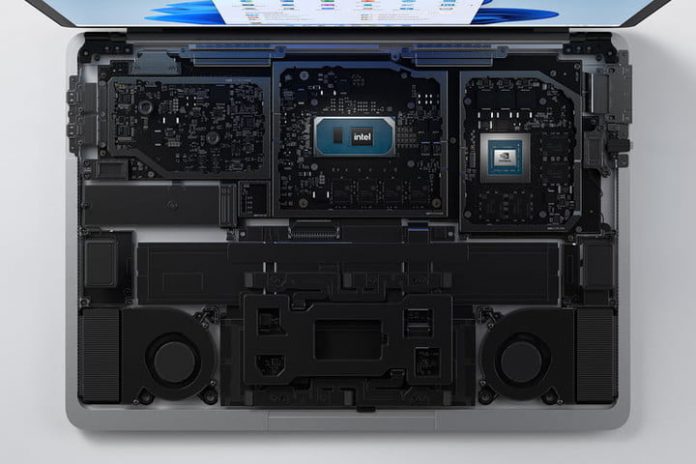 Microsoft could be taking a cue from Apple. A recent job listing (via HotHardware) for Microsoft’s Surface division calls for a system-on-a-chip (SoC) architect, suggesting that Microsoft might be interested in developing its own M1 competitor for future Surface devices.

A job listing doesn’t confirm anything — it only vaguely hints at what Microsoft could be doing, so it shouldn’t be assumed that Microsoft is building an M1 competitor. It makes sense, though, especially considering Apple is expected to launch its M1X chip next week, bolstering its advantage against the Intel competition.

The most recent Surface devices — like the Surface Laptop Studio — use Intel chips, continuing the decades-long partnership Microsoft and Intel have maintained. Apple transitioned away from Intel with the launch of its M1 SoC, which manages to stay cooler and quieter while offering similar levels of performance.

Outside of vertically integrating the hardware, going with an in-house SoC has some advantages. Microsoft would be free to choose the design that best fits its devices instead of a slot-in design from Intel, which could make for a more efficient SoC overall. The M1 is a great example of this. It’s powerful in the right areas, but Apple nixed features like support for several external displays to keep the design focused in a clear direction.

It’s no secret that Apple is leading the way with SoC design. Intel is taking some notes with its Alder Lake processors, which utilize a hybrid architecture similar to the M1. Even if we never see a Surface device with Microsoft-developed silicon, it makes sense for Microsoft to explore the possibility.

Although the Surface Laptop 4 featured an AMD processor, Microsoft has mostly stuck with Intel for its Surface range. And never has a Surface device featured silicon developed by Microsoft. The job listing points to someone who can define “the features and capabilities of SoC used on Surface devices,” which is a hint that Microsoft is interested in at least a semi-customized design.

That’s not new for Microsoft. The Xbox Series X features a semi-custom SoC from AMD, and Microsoft just posted a job calling for an SoC silicon architect for its Xbox and Azure divisions.

We won’t know more for at least a year, though. Microsoft just released a new generation of Surface devices, and although Microsoft could be developing its own SoC, it might end up sticking with Intel or AMD for the next generation. Still, it makes sense for Microsoft to take this step. Even Intel has said that it sees Apple as its main competitor going forward. We can only assume Microsoft is eyeing something similar.

Still, we recommend taking the posting with skepticism. A job listing doesn’t mean much, so it doesn’t confirm that Microsoft is developing an M1 competitor.