Microsoft expands right to repair through new agreement with a nonprofit 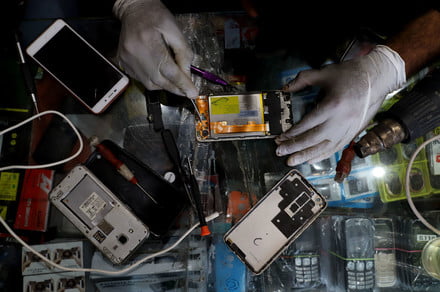 As part of an agreement with As You Sow, a nonprofit organization geared toward the mindfulness of corporate pollution, Microsoft has announced the expansion of repair options for their devices by the end of 2022.

As a shareholder in Microsoft, As You Sow used its leverage to create and push a resolution that encouraged the corporation to take responsibility for some their carbon footprint. This call to action was made with the intention of reducing technological waste and increasing the lifespan of already existing devices from the company by allowing the right to repair.

Kelly McBee, waste program coordinator at As You Sow, says, “Excitingly, this agreement will begin to allow consumers to repair their Microsoft devices outside the limited network of authorized repair shops.”

By answering As You Sow’s resolution, Microsoft has declared it will meet several criteria regarding repairing by 2022. The company has vouched to follow through on research regarding the environmental impact that the right to repair would have, offer a larger variety of available parts and documentation for third-party repairing, and better ways to enable local repair options for customers.

Beyond Microsoft, the desire for legislation concerning the right to repair has been growing alongside technology. Earlier this year a historical milestone was even reached with the first congressional bill addressing the topic.

Other organizations, like Green Century Funds, have been pushing Apple for similar action on the right to repair. While Apple relented some ability to repair devices in 2019 by allowing third-party technicians the certification to repair, current options are still extremely limiting and continue to encourage excess waste pollution.

Microsoft’s new agreement, together with Google’s new focus on sustainability, could be a sign of a new trend in the industry.