HomeNewsFlorida Plans to Join These U.S. States That Will Let You Add...
News

Florida Plans to Join These U.S. States That Will Let You Add Your Driver’s License to Your iPhone 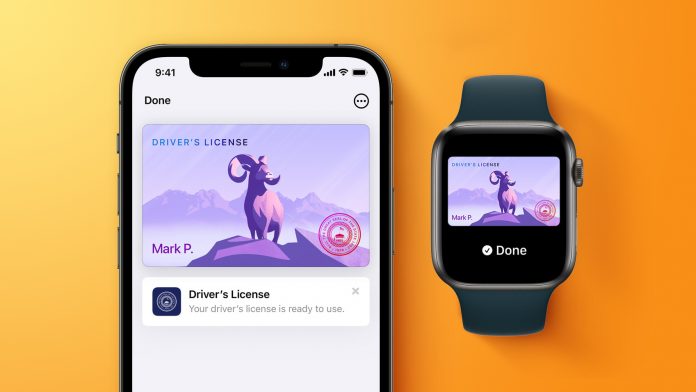 Florida plans to make a digital ID app available to residents on the App Store in mid-November, and the state is working with Apple to also make the digital IDs available in the Wallet app on the iPhone and Apple Watch, according to Florida Politics.

Last month, Apple revealed the first U.S. states that will be rolling out the ability for residents to add their driver’s license or state ID to the Wallet app, including Arizona, Georgia, Connecticut, Iowa, Kentucky, Maryland, Oklahoma, and Utah. Florida was not included in the list, but this week’s report claims the state’s Department of Highway Safety and Motor Vehicles has now exchanged info with Apple in hopes of becoming a partner.

In the meantime, Florida will be offering a Smart ID app that residents can use to provide proof of identity or age. It will not replace a physical driver’s license, which will still need to be carried when operating a vehicle, according to the state.

After downloading and authenticating, Florida motorists will simply launch their Florida Smart ID app, select the type of verification needed, and display the QR/barcode on their smart device to be scanned for verification. The smart device does not need to leave the owner’s hand when being verified by a retailer or by law enforcement, making Florida Smart ID a contact-free and convenient way to display proof of identity or age.

iOS 15 will gain support for digital IDs in the Wallet app in “late 2021,” according to Apple, but the timeframe for each state adopting the feature is unclear. Last month, Apple confirmed it was in discussions with many more U.S. states as part of its plan to offer digital IDs in the Wallet app nationwide in the future, but no timeframe was provided.

Apple said select TSA security checkpoints in participating U.S. airports will be the first locations where customers can present their digital driver’s license or state ID in the Wallet app. The company said participating states and the TSA will share more information at a later date in regards to when and where the feature will be supported.

Once a participating state begins offering this capability, residents will be able to tap the plus sign at the top of the Wallet app to begin adding their driver’s license or ID to the app, and then simply tap their iPhone or Apple Watch on an identity reader at a TSA checkpoint, without needing to take out their physical card.

Apple said the feature is designed with privacy and security in mind. When adding a driver’s license or state ID card to the Wallet app, customers will be required to take a photo of their face, which Apple said will be securely provided to the issuing state for verification. As an additional measure, Apple said users will be prompted to complete a series of facial and head movements during the setup process.

Upon tapping their iPhone or Apple Watch on an identity reader, customers will see a prompt on their device displaying the specific information being requested by the TSA. Only after authorizing with Face ID or Touch ID is the requested identity information released from their device, according to Apple. Users do not need to unlock, show, or hand over their device to a TSA security officer to present their ID, the company added.

Apple said its implementation supports the ISO 18013-5 standard, which sets clear privacy guidelines for presenting an ID through a mobile device.Tag: Apple Wallet
This article, “Florida Plans to Join These U.S. States That Will Let You Add Your Driver’s License to Your iPhone” first appeared on MacRumors.com