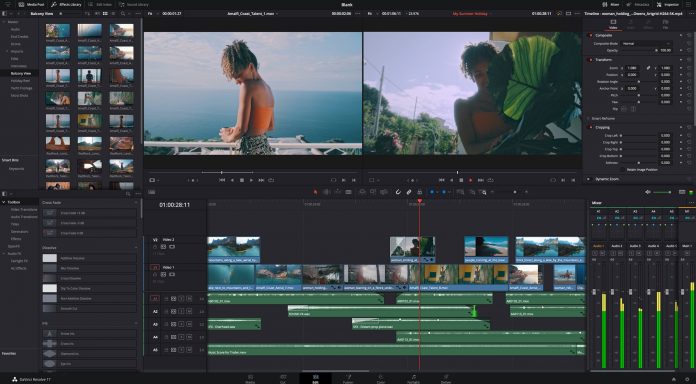 Blackmagic Design has announced a new update to its professional video editing and color correction software, DaVinci Resolve, adding full support for Apple’s latest M1 Pro and ‌M1‌ Max chips. As a result, the software runs up to five times faster on Apple’s new MacBook Pro models, according to the developers.

DaVinci Resolve received an update in August for Apple’s ‌M1‌ chip, found in the low-end 13-inch MacBook Pro, MacBook Air, and Mac mini. That update brought threefold speed increases to ‌M1‌ machines, thanks to a completely reworked engine, and while the latest version of DaVinci Resolve isn’t required to run natively on Apple silicon Macs, it has been optimized to take advantage of the more powerful chips in the new MacBook Pro models.

The optimizations rely on hardware acceleration support for Apple’s ProRes code, which has been designed specifically for Macs with ‌M1‌ Pro and ‌M1‌ Max processors. Blackmagic says DaVinci Resolve runs up to five times faster on the new 14-inch and 16-inch MacBook Pro, even when editing 8K video.