HomeNewsApple’s iPhone 13 is the latest device to be hit by the...
News 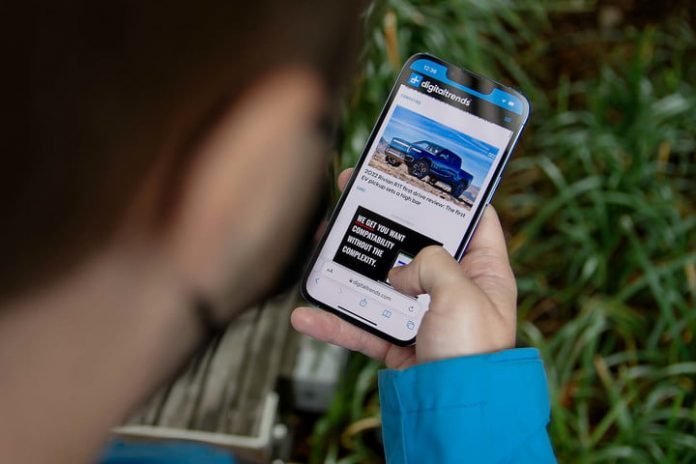 Aafter seemingly being above the fray for months, Apple has finally felt the sting of the global chip shortage, according to a Bloomberg report. Due to a component shortfall, the company will slash its orders for iPhone 13 units by 10 million units.

Earlier this year, Apple was expected to shatter previous sales records with the iPhone 13. The iPhone 12 had sold much faster than the iPhone 11, leading to the first “super cycle” since the iPhone 6S debuted. According to analysis from JP Morgan, Apple was predicted to go even further beyond that with the iPhone 13 series, with an earlier Bloomberg report saying that Apple had ordered an initial production run of 90 million units for the iPhone 13.

As a result of the chip shortage, Apple is reportedly unable to source enough chips from Broadcom and Texas Instruments to actually build these iPhones. Digital Trends has reached out to both suppliers for comment and will update this story when we hear back. The chip shortage has already derailed phone launches, from the Pixel 5a 5G to the Samsung Galaxy S21 Fan Edition (FE), so the effect on Apple is mild by comparison. Apple has enough pull to get close to its production goal. Even with this setback, the company is in a stronger position than most of its rivals. Eighty million iPhones are still a lot of devices, and the average selling price of the iPhone 13 means that Apple’s pockets won’t take too much of a hit.

According to Reuters, Jeff Fieldhack, associate director for CounterPoint Research, believes that Apple simply overordered and is scaling back its device order to reflect demand more accurately. The research firm sticks to its sales prediction of 85 million to 90 million iPhone 13 units for the fourth quarter.

Adding to Fieldhack’s comments, Jan Stryjak, another associate director at Counterpoint Research, told Digital Trends over email: “Our sense is that Apple has contingencies in place for severe shortages, and we expect them to have a few production alternatives for key components. For example, Apple was able to pivot quickly to other suppliers when production at supplier LG Display was disrupted in Vietnam recently due to COVID. Overall, we believe their supply chain has the loading capacity to react to the current shortages. For key components, Apple has likely secured supply until [the first or second quarter of] next year. At the moment, therefore, we remain at our [fourth quarter] iPhone 13 forecasts in the [85 million to 90 million] range.”

Comments from Marta Pinto, senior research manager from IDC EMEA, were in the same vein. “Given that the market was expecting 90 million-plus units, a drop of around 10 million units is material but not extremely damaging to the company performance,” Pinto told Digital Trends over email. “Maybe, in turn, customers will try to secure their device beforehand, pushing the success of the new series even higher.”

Pinto added that the company will also be able to direct resources as needed to high-demand markets as it gets a more accurate picture of demand for individual iPhone 13 models going into the first quaryer of 2022.

On the other hand, Techsponential’s Avi Greengart urges caution on the matter, noting: “It’s never a good idea to read too much into individual supplier reports, and it’s equally impossible to verify what Apple’s production targets were that have now supposedly changed. That said, this report is entirely plausible: Apple builds iPhones in enormous volumes, and there are multiple, cascading faults impacting everyone’s supply chain these days — even Apple is not completely immune.”

The iPhone 13 and iPhone 13 Pro have significant quality of life updates over the previous models. They come with larger batteries for all-day battery life, improved cameras for videography, and faster screens for the Pro models. For more details, you can check out our full reviews.