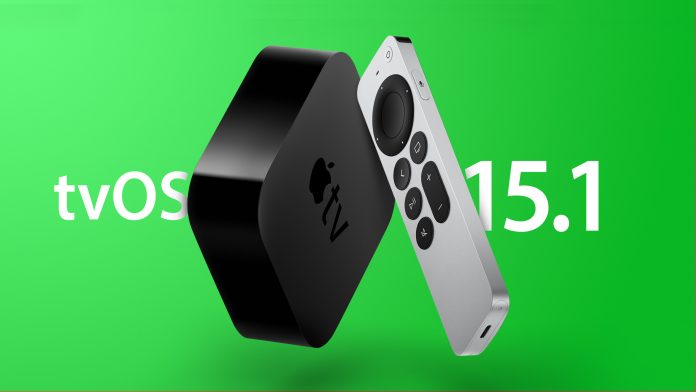 tvOS 15.1 can be downloaded over the air through the Settings app on the Apple TV by going to System > Software Update. ‌‌‌‌Apple TV‌‌‌‌ owners who have automatic software updates enabled will be upgraded to tvOS 15.1 automatically.

With support for SharePlay, content from the ‌Apple TV‌ app can be watched over FaceTime with friends and family members. Content is synced across the devices of all participants so you can watch TV and movies right alongside others, discussing it as you go.

There are shared controls for playing content, pausing, rewinding, and fast forwarding, and there’s a smart volume that automatically lowers the audio of a movie, TV show, or song when someone speaks.

Apple does not provide detailed release notes for its tvOS updates, but it does offer some tvOS details through its tvOS support document.