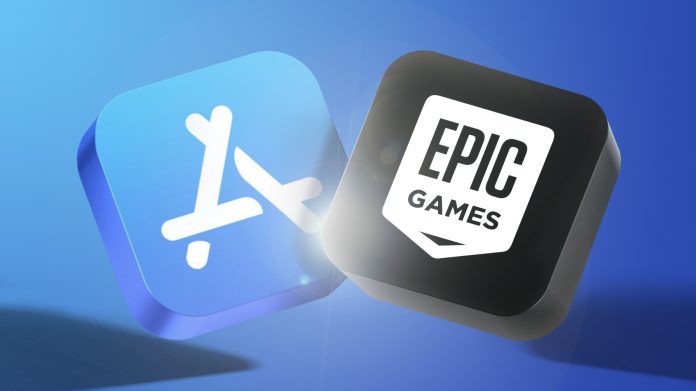 Apple has opted to appeal the ruling meted out by Judge Yvonne Gonzalez Rogers in the Epic Games vs. Apple lawsuit back in September, and today filed a notice of appeal with the United States District Court for the Northern District of California.

The Cupertino company is planning to appeal the ruling that would require it to change its App Store rules to allow developers to add in-app links to outside websites, which would pave the way for alternate payment options that do not require developers to use the in-app purchase system. While the appeal is ongoing, Apple has asked the court for a stay on the permanent injunction that requires it to implement those changes by December.

Apple asks the Court to suspend the requirements of its injunction until the appeals filed by both Epic and Apple have been resolved. The company understands and respects the Court’s concerns regarding communications between developers and consumers. Apple is carefully working through many complex issues across a global landscape, seeking to enhance information flow while protecting both the efficient functioning of the App Store and the security and privacy of Apple’s customers. Striking the right balance may solve the Court’s concerns making the injunction (and perhaps even Apple’s appeal itself) unnecessary. A stay is warranted in these circumstances.

In the original ruling, Rogers said that Apple’s anti-steering rules prohibiting links to outside websites illegally stifle consumer choice. She prohibited Apple from restricting developers from including “in their apps and their metadata buttons, external links, or other calls to action that direct customers to purchasing mechanisms.”

At the time, she gave Apple 90 days to implement these changes, but Apple is asking to wait to make any updates to the ‌App Store‌ rules until all of the appeals in the case have wrapped up, which could take years as Epic Games has also filed an appeal.

According to Apple, making changes to the ‌App Store‌ rules could “upset the careful balance between developers and customers provided by the ‌App Store‌,” resulting in irreparable harm to Apple and consumers. Apple says that a stay will allow it to safeguard its platform while it works through “the complex and rapidly evolving legal, technological, and economic issues that any revisions to this Guideline would implicate.”

Further, as grounds for appeal, Apple said that ‌Epic Games‌ barely mentioned the anti-steering claim during the trial, and offered no evidence that it was harmed by that particular ‌App Store‌ rule. Apple claims that it is likely to succeed on appeal, and that Epic will suffer no harm from a stay on the injunction. Apple also said that it is working on “enhancing information flow” without impacting the consumer, and that ‌App Store‌ changes could be coming that would eliminate the need for a permanent injunction at all.

Implementing the injunction on December 9 could have unintended downstream consequences for consumers and the platform as a whole. Apple is working hard to address these difficult issues in a changing world, enhancing information flow without compromising the consumer. A stay of the injunction would permit Apple to do so in a way that maintains the integrity of the ecosystem, and that could obviate the need for any injunction regarding steering.

The permanent injunction is currently scheduled to go into effect on December 9, but if Apple wins, it will not have to make changes at that time. Rogers is set to hear Apple’s case on November 16. The full text of Apple’s appeal can be read here.

The original lawsuit went largely in Apple’s favor with the exception of the anti-steering injunction, with Apple calling it a “resounding victory.” ‌Epic Games‌ has appealed the ruling and Epic Games CEO Tim Sweeney said that the judge’s decision “isn’t a win for developers or for consumers.”Tags: lawsuit, antitrust, Epic Games, Epic Games vs. Apple
This article, “Apple Files Appeal in Epic Games Lawsuit, Asks to Delay App Store Changes” first appeared on MacRumors.com