HomeNewsTikTok-Inspired 'Reels' Videos Are Coming to Facebook in the U.S. on iOS
News

TikTok-Inspired ‘Reels’ Videos Are Coming to Facebook in the U.S. on iOS 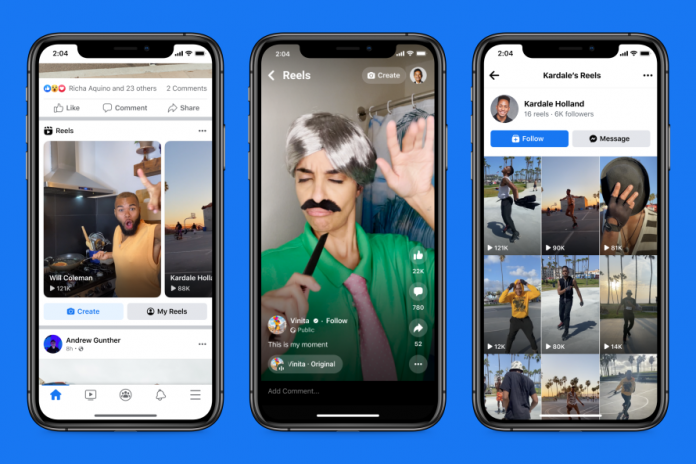 Facebook today announced that it’s bringing Reels, its short-form videos that were previously only available on the Instagram platform, to its main Facebook app on iOS and Android in the United States.

With the ability to create reels and have their Instagram reels suggested to people on Facebook, creators — whether they’re just starting out or already have a large following — will have more ways to express themselves, grow their communities and reach new audiences.

Facebook also today announced it would be offering a new bonus program for content creators in hopes of spurring-up more Reels content on its platform. Reels in Facebook will be available starting today in the United States on iOS and Android.Tag: Facebook
This article, “TikTok-Inspired ‘Reels’ Videos Are Coming to Facebook in the U.S. on iOS” first appeared on MacRumors.com

Facebook
Twitter
Pinterest
WhatsApp
Previous articleiPhone 13 Pro Max Capable of Faster Charging at Up to 27W Speeds
Next articleGrab a great case for your Google Pixel 4a!
- Advertisment -