HomeNewsThe Pixel 5a isn’t launching in Europe. Here are 5 phones you...
News

The Pixel 5a isn’t launching in Europe. Here are 5 phones you can buy instead 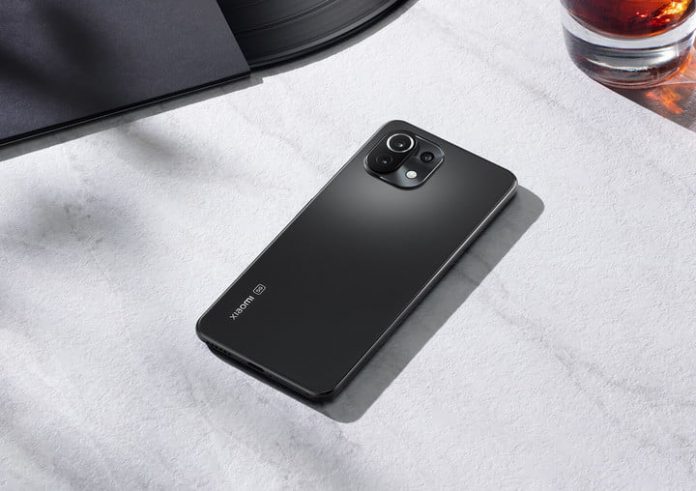 Google’s Pixel 5a 5G is an excellent Android 11 smartphone for those on a budget. We’ve reviewed it and found that while the design was dull it was practical and compact, and benefits from the improved durability of IP67 water resistance. The camera performance also impressed with its reliability and low-light capabilities despite being on the older side. Finally, the battery life proved to be solid and long-lasting. The biggest weakness of the Pixel 5a is that it won’t be sold outside of the U.S. and Japan.

Fortunately, smartphone makers ranging from Xiaomi to OnePlus to Samsung have their own smartphones which rival the Pixel 5a but aren’t being sold stateside. With screens just as large and 5G support, you’ll find many phones that can match the Pixel 5a for around the same price range. You should also take a look at our more U.S.-centric roundup for the best cheap phones since you’re likely to find some crossover.

If you’re in or around Europe, here are five phones you can try instead, in no particular order.

A brilliant-looking phone with an excellent camera, Xiaomi’s Mi 11 Lite 5G follows down the path of the Mi 11 and Mi 11 Ultra. It has a thin and light design — an improvement coming off the slightly heavy Xiaomi Mi 10 Lite — but it retains all the accouterments you expect from a 2021 smartphone. There’s 5G, a 6.55-inch 120Hz display, a well-received triple-rear camera, and a hefty battery. It’s also more powerful than the Pixel 5a 5G with its newer Snapdragon 778 processor.

There are a few faults though. Xiaomi’s MIUI operating system remains divisive at best, and updates are pretty slow compared to the Pixel. If you can look past that, this phone is almost a no-brainer at 379 British pounds.

If you want a phone that runs more or less the same software as the Pixel 5a 5G, Motorola’s Edge 20 Lite 5G comes close. With the Motorola MyUX overlay that’s pretty close to stock Android, you’ll find a clean and light software experience. There’s a nice and roomy 6.7-inch 90Hz OLED screen for productivity and entertainment, a 5,000mAh battery to keep you chugging for over a day, and even a headphone jack.

Where this phone really falters is its camera. It’s nowhere as good as the Pixel’s–or even a fairly competent Android phone. You’ll need to be in bright light to capture images worth sharing on social media. If you’re not particularly bothered, however, at 299 British pounds, the Edge 20 Lite 5G brings a lot to the table.

Samsung’s cheap and cheerful Galaxy A50-series keeps seeing annual improvements, and the new A52s 5G is no improvement. This model is essentially the Galaxy A52 5G that Samsung shipped earlier in the year, albeit with a more powerful Snapdragon 778 chip. This means that the big and bright screen 6.5-inch 120Hz Super AMOLED display remains. The long-lasting battery life we praised? You’ll find that too. IP67 water resistance just like the Pixel 5a? That’s also here.

Samsung may not have Pixel software or camera quality, but the One UI experience is so good most users will not mind. Samsung has committed to four years of updates, so you can hold on to your phone for much longer. As for the cameras, while inconsistent, we found them to be “generally good.” The A52s costs a bit more than the A452 5G at 409 British pounds, but the faster processor and that new Mint color are worth it.

The OnePlus Nord 2 5G is an amazing smartphone with a friendly sky-blue color. It features a lot of design cues from the well-reviewed OnePlus 9, and it makes up for a lot of the issues that the OnePlus Nord had. For starters, it’s more powerful. There’s a new MediaTek Dimensity 1200 rather than the Snapdragon 765. The camera is decent and improved, with the same hardware as the OnePlus 9 Pro. That said, despite similar hardware, you won’t be able to take pictures with the OnePlus 9 Pro-quality due to a lack of software tuning, but your photo will be Instagram-ready.

OnePlus has kept most of what works, with the 6.43-inch 90Hz display being sizeable and full of color, the design is minimal and pared back, and the internals are solid. The only knock is the lack of water resistance, a feature that phones in this price bracket have increasingly begun to pick up.

The Pixel 5 and 4a 5G might be hard to find in stores, but the Google Pixel 4a remains available in the markets where it was originally sold (though that is a temporary situation at best). It’s not the biggest phone, with a 5.8-inch screen, which is nice for those that want a more compact option. Unfortunately, there are some tradeoffs for the smaller size, including an aging Snapdragon 7352G processor, no 90Hz refresh screen, no 5G, and no wireless charging.

However, much like the Pixel 5 which sets itself apart by providing a reliable experience, the Pixel 4a replicates that same Pixel experience for less than 400 British pounds. The frame is compact and assuming. It casts a more modern look than you’ll find on the iPhone with its bezel-less screen. The camera, the same as on the Pixel 5, will capture photos of your puppies and children with aplomb.

It’s still available from Google and retailer stores, with huge discounts from time to time. As far as Pixel 5a substitutes go, the Pixel 4a might as well be a little brother.