HomeHow toHow to watch The Premise: Stream the new Hulu series online
How to

How to watch The Premise: Stream the new Hulu series online 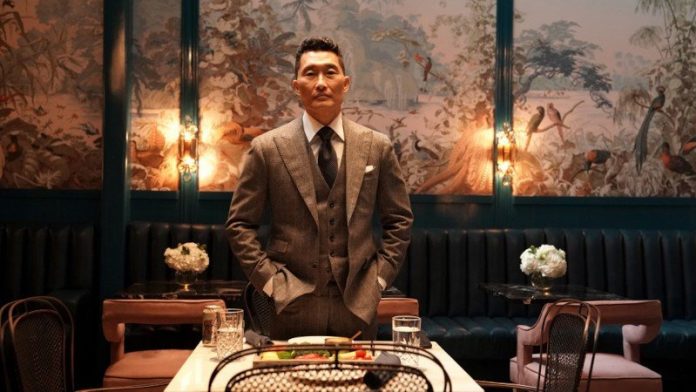 While the world and its mother waits with fingers crossed that the rumors of a reboot of The Office are true, one member of that classic show’s writing team is back with an altogether very different TV proposition.

Read on to find out how to stream The Premise and watch the new comedy series online from anywhere in the world.

This drama/comedy anthology of standalone stories tackles the big issues of the times we live in, in a somewhat off-kilter manner not unlike Charlie Brooker’s Black Mirror.

From social media addiction to race relations, gun control, and celebrity culture, episode titles such as “Social Justice Sex Tape” give an insight into the satirical tone of how the show deals with its weighty subject matters.

It’s set up to be one of the most talked-about shows of the autumn. Don’t miss a moment, by reading our guide on how to stream The Premise no matter where you are in the world with our guide below.

The Premise – Where and when?

The five-episode series is exclusive to FX on Hulu and gets its premiere on the pay-TV network with the first two episodes being made available on Thursday, September 16,

Watch The Premise online from outside your country

We have details for how you can watch the show further down in this guide. If you’re intent on watching The Premise, but find yourself away from home then you’ll run into problems when trying to stream your domestic coverage online from abroad as it’s likely to be geo-blocked. No matter where in the world you may be, a VPN is one of the easiest ways to watch The Premise. Get in on this deal now!

This new anthology series is available exclusively to streaming service Hulu, with the first two episodes being available to stream from Thursday, September 16.

Subsequent episodes will drop every Thursday from then on.

A basic Hulu subscription is priced at $5.99 a month and gives you access to thousands of movies and TV shows. If you’re a student, it’s $1.99 a month for the exact same content, but an even bigger saving comes for new subscribers who are entitled to a handy 30-day free Hulu trial.

Stream The Premise in Canada

While no broadcaster is currently confirmed for this new series in Canada, we’d place our money on an announcement that it will air on FX Now.

Can I stream The Premise in the UK?

There’s sadly no word on where this new spin-off series will be available to watch in the UK.

We’d hedge our bets that The Premise will make its way to the Star portal as a Disney Plus exclusive at some point soon however.

Stream The Premise in Australia

There’s better news for viewers Down Under, with streaming service Binge confirmed to be showing this highly-anticipated series alongside Fox Showcase and Foxtel Now, with new episodes set to be made available weekly on all three services from September 17 with a double helping of the first two installments.

On-demand service Binge currently costs $10 AUS a month, but if you’re new to Binge you can currently take advantage of a 14-day free trial and delve into its massive library of shows and films which includes Mare of Easttown, Game of Thrones, and the brand new reboot of Gossip Girl.

Facebook
Twitter
Pinterest
WhatsApp
Previous articleWhen You Can Pre-Order the iPhone 13 mini, iPhone 13, iPhone 13 Pro, and iPhone 13 Pro Max in Every Time Zone
Next articleHere are all the Xbox Game Pass for Android games you can play right now
- Advertisment -