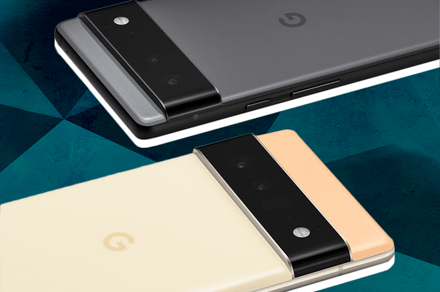 The Pixel 6 and Pixel 6 Pro have been officially revealed by Google, but there are still a few unknowns about them. Namely, when will they launch, how much will they cost, and when we’ll we be able to buy them and put them in our pockets. A new report today from tech YouTuber Brandon Lee, which is based on information from a European carrier source, sheds some light on pricing, availability, and color names.

Aside from the pricing, the video also provides some corroborating information about the release date of the Pixel 6. The Pixel 6 and Pixel 6 Pro are expected to launch on October 28. An earlier report from XDA had noted the Pixel 6’s camera app was set to go live on October 27 for launch day availability, so the latest report makes this date seem more plausible than before.

Google is also reportedly switching from its playful color naming scheme and assigning names like “carbon” for the black color option and “fog” for the green. It’s a change from Almost Black or Sorta Sage, but what’s in a name?

While Google has been popular as a brand for Android users, it has had less of an advantage in terms of mobile hardware. The Pixel series has yet to make a dent in the premium segment of smartphones, and Google is trying to win big here. And not just with something as pedestrian as pricing — Google is also going all out with the specs.

Massive batteries, smooth screens with high resolutions, updated cameras, and a new Google-made Tensor chip are just some of the hardware investments Google has made with the Pixel 6 that separate it from older Pixels and other Android flagships. If the report is to be believed, Google will make its sales pitch on October 19, opening pre-orders then. With the iPhone 13 already receiving rave reviews, Google has its work cut out for it.