HomeNewsApple Won't Allow Fortnite Back in the App Store Until Legal Battle...
News 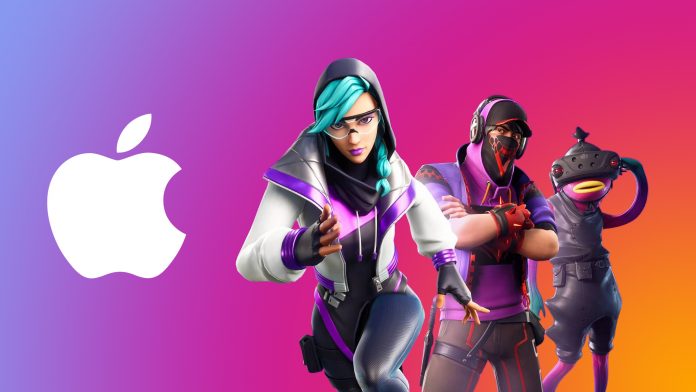 Apple has no plans to allow Fortnite to return to the App Store in the near future, Apple’s lawyers told Epic’s lawyers this week. Further, Apple does not intend to consider requests for the reinstatement of the Epic Games developer account until the court’s judgment is “final and nonappealable,” a process that could span years.

Apple provided this information to ‌Epic Games‌ after Epic CEO Tim Sweeney emailed Apple’s Phil Schiller and asked for the ‌Epic Games‌ developer account to be reinstated. Sweeney said that Epic would adhere to Apple’s guidelines “whenever and wherever” products were released on Apple’s platforms, but he went on to explain that Epic would only reinstate Fortnite if Apple adheres to the “plain language of the court order” and allows apps to “include buttons and external links.”

Just last week, Epic agreed with Apple that we would play by the same rules as everyone else. pic.twitter.com/WOxsbnAFXE

As was outlined earlier this month, the judge overseeing the case ruled that Apple must allow developers to provide links to external payment methods alongside in-app purchases if developers want to do so. Apple has until December to implement the court’s terms, and the company has not yet decided if it will appeal the decision, nor has it provided details on how the court’s “metadata buttons, external links, or other calls to action” to direct purchase mechanisms will be interpreted and enacted.

Late last night, Apple informed Epic that Fortnite will be blacklisted from the Apple ecosystem until the exhaustion of all court appeals, which could be as long as a 5-year process. pic.twitter.com/QCD7wogJef

Though Apple was ordered to change its “anti-steering” rules to allow apps to cirect customers to other payment methods, the ruling was largely in Apple’s favor and found that Apple is not a monopolist under federal or state antitrust laws. Epic, unhappy with this decision, appealed the ruling, thereby prolonging the legal fight between the two companies. Apple too might appeal the judge’s decision, but again, has not yet opted to do so.

Apple said that due to Tim Sweeney’s public statements on the outcome of the lawsuit and Epic’s “duplicitous conduct in the past,” it has “exercised its discretion not to reinstate Epic’s developer program account at this time.” Apple is well within its rights to deny the reinstatement of the ‌Epic Games‌ developer account because the court decided that Epic breached its contract with Apple and Apple’s termination of the account was “valid, lawful, and enforceable.”

Sweeney shared the letters between the two companies on Twitter and said that “Apple lied” when it previously said that it would welcome Epic’s return to the ‌App Store‌ if it complied with the ‌App Store‌ rules.

‌Epic Games‌ was also ordered to pay Apple $6 million, which is a 30 percent cut of the revenue that it collected from the Fortnite app using its illicit direct payment option. Epic paid the fee earlier this month.Tags: Epic Games, Fortnite, Epic Games vs. Apple
This article, “Apple Won’t Allow Fortnite Back in the App Store Until Legal Battle Ends Due to Epic’s ‘Duplicitous Conduct'” first appeared on MacRumors.com