HomeNewsApple Watch Series 7: Everything you need to know about the latest...
News 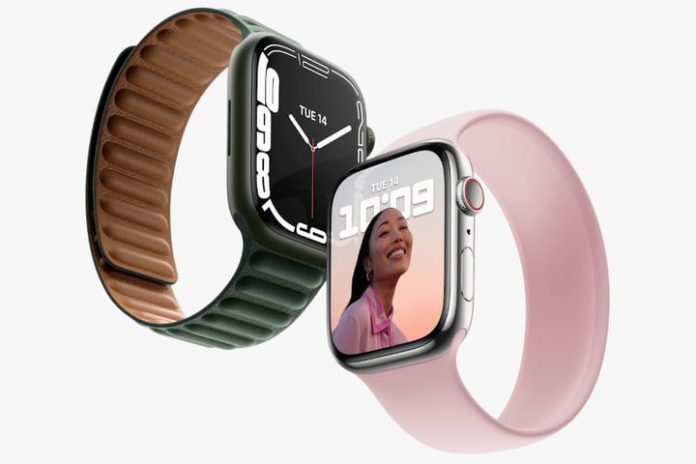 You’d be forgiven for thinking today’s September 14 “California Streaming” Apple event would be all about the iPhone 13, but that’s not the case, as Apple has also shown off the new Apple Watch Series 7. To many people’s surprise, there’s no major redesign, although it has got a new display with a curved edge. Take a look at it in the image below.

The event is still ongoing and more is being revealed about the Apple Watch Series 7 right now. We’ll be updating this story with all the news as it happens, so refresh the page to see the latest.

The Apple Watch Series 7 doesn’t have the redesign that was hinted at in the leaks — remember, leaks aren’t always accurate — but it does have some subtle changes. The Retina screen is 20% larger than on the Series 6 with a 1.5mm bezel that’s 40% thinner than before. The visual change comes from a 2.5D curve around the screen, so it cascades over the edge of the body and is covered in a crack-resistant crystal for increased durability.

Apple says this gives the Watch Series 7 a softer look, which is increased even further due to the rounded corners of the case. It’s not just about looks though, the screen is 70% brighter than before, and the larger space fits in 50% more text. It’s even large enough to show a full keyboard with either tap or swipe typing. The always-on screen makes a return, but the even better news is the IP6X certification for water resistance.

The aluminum model comes in five colors — black, silver, grey, blue, and red — plus it supports new watch faces made specifically for the larger, curved screen. The watch will use WatchOS 8.

Wondering about the technology? Apple hasn’t said anything different, so we must assume it uses the same Apple S6 processor used in the Series 6. It also has the same sensor array on the back, ready to measure heart rate, blood oxygen, and take an electrocardiogram (ECG) reading. There’s a new fall detection feature that works during workouts, and through WatchOS 8 the Series 7 will measure respiratory rate during sleep.

Apple says the battery will last a full day, or 18 hours, before needing a recharge. New fast charging technology takes the Apple Watch Series 7’s battery to 88% charge in 45 minutes.

It seems that rumors stating the new screen technology would delay the Watch’s launch were accurate, and it’s also possible component shortages that have affected the electronics industry in general may also have done so.

A so-called “Apple Watch Explorer” model with a tough exterior was also rumored and was said to be for outdoor enthusiasts or hardcore runners. It has not been announced during the California Streaming Apple event, and a rumor originating from Bloomberg said the situation had changed and we should now look out for it in 2022.