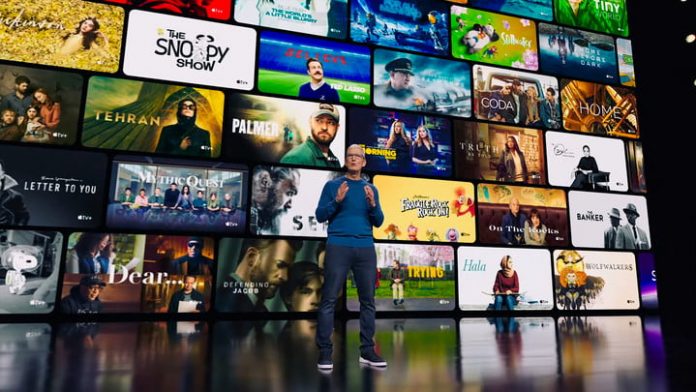 Apple’s California Streaming event — where the company unveiled the iPhone 13 range, a revamped iPad Mini, and the Apple Watch Series 7 — was full of surprises. But we were also taken aback by what was totally absent from the show.

Highly rumored products like the AirPods 3 and new MacBook Pros failed to make an appearance. The good news? We probably won’t have long to wait until they take to the stage. Apple is widely expected to have another show lined up as soon as next month. If you’re itching to find out what could be unveiled, you’re in luck, as we’ve rounded up everything we expect to see at Apple’s next showstopper.

When will it be?

This event hasn’t been officially announced yet, but we can make some guesses about the date based on conjecture and some recent reports.

Reports from leakers Jon Prosser and Mark Gurman both claimed Apple was planning two September events, one focused on the iPhone 13 and one focused on the M1X MacBook Pro. This always seemed unlikely, but if it does end up being true, official invites would be sent out on September 21 for a September 28 event.

The more likely outcome is an October event. This would provide more space between events and also line up with the time frame Apple has traditionally followed. Apple likes to hold events in October, and has done so seven times in the last decade. Most (but not all) of these shows have occurred in mid-to-late October. Gurman recently reported that the M1X MacBook Pros would be launching in “several” weeks, pointing to an October event.

Any Tuesday in October is possible, but based on previous years, we’d consider October 19 or October 26 to be the most likely candidates for Apple’s next event.

We’ve known for a long time now that Apple is set to radically update its MacBook Pro lineup this year. Given the company’s penchant for October-based Mac events, it seems that the time is almost upon us.

So, what can we expect? Well, according to numerous reputable sources, Apple is planning a major redesign of the MacBook Pro 13 that would slim down its bezels and expand its screen to transform it into a 14-inch model. This display will come with the same mini-LED technology that graces the 12.9-inch iPad Pro, vastly improving its brightness and contrast. It’s also expected to ditch the Touch Bar for the first time since 2016.

Elsewhere, the chassis will be revamped into a flat-edged design, and there will be much more port variety (including the return of the much-loved MagSafe, plus HDMI and an SD card slot). New chips are also expected, most likely the M1X, which will offer vastly improved graphics performance. All of these changes are also expected for the MacBook Pro 16, which will get an Apple Silicon chip — the M1X chip with additional GPU cores — for the first time.

It’s not just mobile MacBooks we’re expecting to see in October — the Mac Mini is set for an update, too. Right now, there’s only one chip option for Apple’s small-scale computer (the Apple M1). This year, a high-end edition packing the new M1X chip is expected to replace the Intel models Apple is still selling.

There have been other rumors about an updated Mac Mini with a new design that includes more Thunderbolt ports, a MagSafe power connector, and a “plexiglass-like top.”

It’s only been a year since the M1 Mac Mini launched, but we’d expect Apple to continue selling that cheaper model, while offering this “Mac Mini Pro” model for creative professionals.

We were certain AirPods 3 would make an appearance at Apple’s California Streaming show, as were a number of high-profile reporters, analysts, and leakers. Yet, for one reason or another, that did not come to pass. Still, given the prevalence of rumors surrounding this product, and the well-qualified people they are coming from, we’d still expect to see them at some point this year.

What’s in the cards for the AirPods 3 then? For months, rumors have asserted that Apple is planning to bring them closer to the AirPods Pro in terms of appearance. That means much shorter stems that make the overall product sleeker and more compact. They won’t get the silicone tips of the AirPods Pro, though, probably because these are key to AirPods Pro’s active noise cancellation, and Apple likely wants to keep that as an exclusively high-end feature.

Apple’s mixed-reality headset is one of the worst-kept secrets in tech. Numerous analysts and outlets have reported on the headset, including its features, design, and much more. We now know it’s expected to blend augmented and virtual reality, feature 8K panels for each eye, and weigh much less than rival products. All we’re waiting for now is a release date.

In March 2021, Gurman claimed Apple was planning to unveil the headset “within the next several months” at an in-person event, followed by a 2022 launch. That got tongues wagging that the device could be set for a reveal at some point in 2021.

However, that now seems very unlikely. Given Apple is showing no signs of slowing up with its online-only events (California Streaming was entirely virtual, for instance), an in-person event in 2021 seems far-fetched. We don’t doubt that Apple would want to show off and explain its new toy at an offline event so people could try it out, but given the current state of the world, we doubt the company is ready for that at the moment.

Other reports have agreed with the 2022 launch date, however. It’s possible Apple could hold an in-person show at some point in early 2022, then launch the headset later in the year. Or the release date might have been pushed back to 2023. Regardless, what seems certain is that we will see an October show that is totally virtual — and thus not the right place for Apple’s mixed-reality headset.

What else is coming next year?

There are lots of other Apple products in the pipeline that have been heavily rumored, yet likely won’t be ready in time for the next Apple event. Still, we’ll cover them briefly so you know what to expect on the off chance one of them gets a surprise reveal at the show.

First up is the MacBook Air. In 2020, Apple launched the latest version of its lightweight laptop at the same time as the MacBook Pro. This year, however, things are expected to go a little differently. According to leaker Jon Prosser, the next MacBook Air will feature a redesigned chassis and come in a range of bright, fun colors, just like the 24-inch iMac. Don’t expect it until spring 2022 at the earliest, though.

Also slated for a spring 2022 launch is a high-end iMac. Apple updated the smaller model when it released the 24-inch iMac in April 2021, but the 27-inch version remains unchanged. Expect to see that get the same redesign as its smaller sibling, along with a new Apple Silicon chip.

Also at the pro end of the spectrum, Apple is said to have a new Mac Pro — and an additional “half-sized” Mac Pro — in the works. It is coming next year, though, to allow Apple to focus on the MacBook Pro in late 2021.

Finally, the AirPods Pro are in line for a 2022 revamp. They haven’t been touched since their 2019 launch, and the word is Apple is looking to eliminate the stem entirely with its new version.

As we said, we don’t expect any of these devices to be at Apple’s next event in October. But given how many surprises there were at the California Streaming show, Apple might still have something unexpected up its sleeve for next month.

Facebook
Twitter
Pinterest
WhatsApp
Previous articleHow much storage do you need on your new iPhone 13? Here’s how to decide
Next articleThe Samsung Galaxy S22 could finally give us another small flagship
- Advertisment -