HomeNewsThe best flip phones you can buy in 2021
News

The best Android phones are capable of just about anything these days, but that can be overwhelming or just downright unnecessary for some. Not everybody needs a high-end camera or a huge screen in their pocket at all times, and you certainly shouldn’t have to pay for features you’ll never use. So whether you’re longing for a more straightforward experience or just want the cheapest possible vessel for calls and texts, these are the best flip phones that should be on your radar.

TracFone is well-known for its reasonably priced pre-paid phones, and the My Flip 2 is one of its more popular affordable options. For less than $20, you get a pocketable device that can do all the basics, plus it comes equipped with access to popular apps and services like WhatsApp, Facebook, YouTube, Google Maps, and Google Assistant. 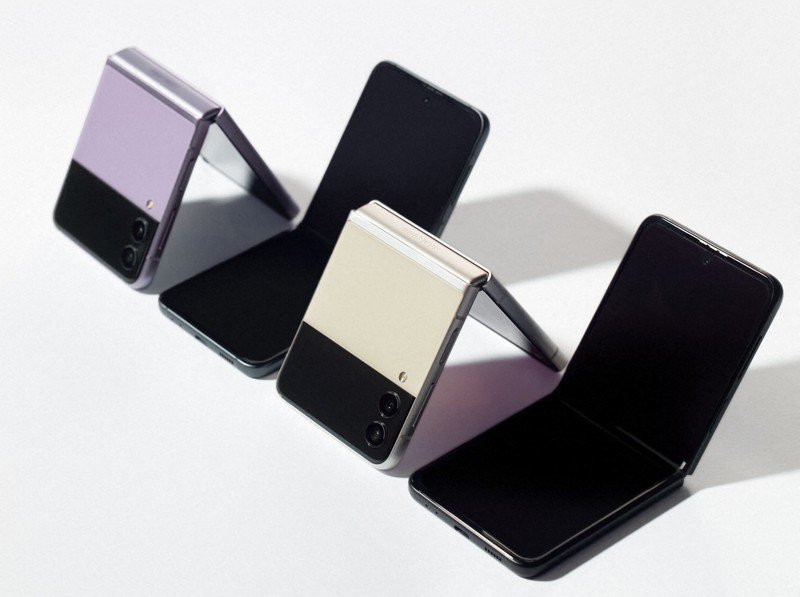 The Samsung Galaxy Z Flip 3 combines the compact form factor of a flip phone with the advanced features of today’s premium smartphones for the perfect pocketable device. Admittedly, it is a bit pricier than other options on this list, but it delivers so much more functionality.

Just like the NUU F4L, the Nokia 2720 has 4G support that allows you to connect to popular services like Facebook and Whatsapp, but it doesn’t stop there. The 2720 can launch Google apps like Assistant, Maps, and even YouTube — and of course, it wouldn’t be a Nokia phone without Snake pre-installed.

The NUU F4L carefully toes the line between price and features, with 4GB of storage and 4G LTE connectivity. With that connection, you can make crystal-clear VoLTE calls or even access Whatsapp and Facebook Lite. There are also two notification LEDs on the front that alert you of new messages and low battery. 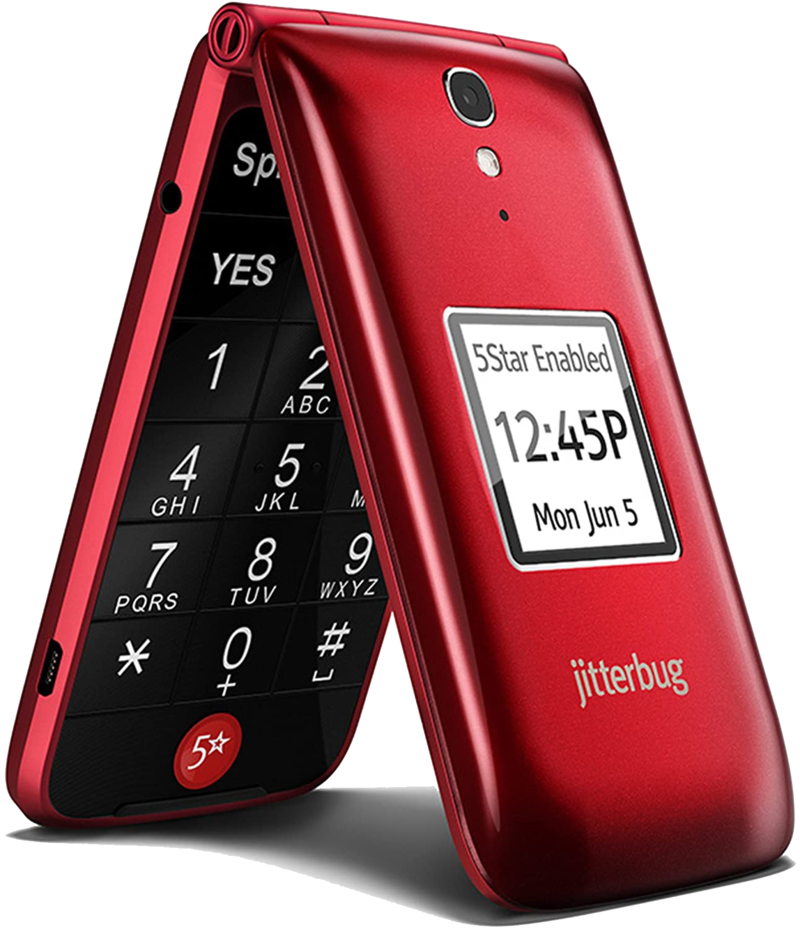 Lively (formerly Jitterbug) aims to offer the simplest solution possible for those looking to make the occasional call and text. So you get large buttons with equally large text that’s clear and easy to read. It also comes with Amazon Alexa onboard, simple navigation assistance, and 24/7 live emergency support. 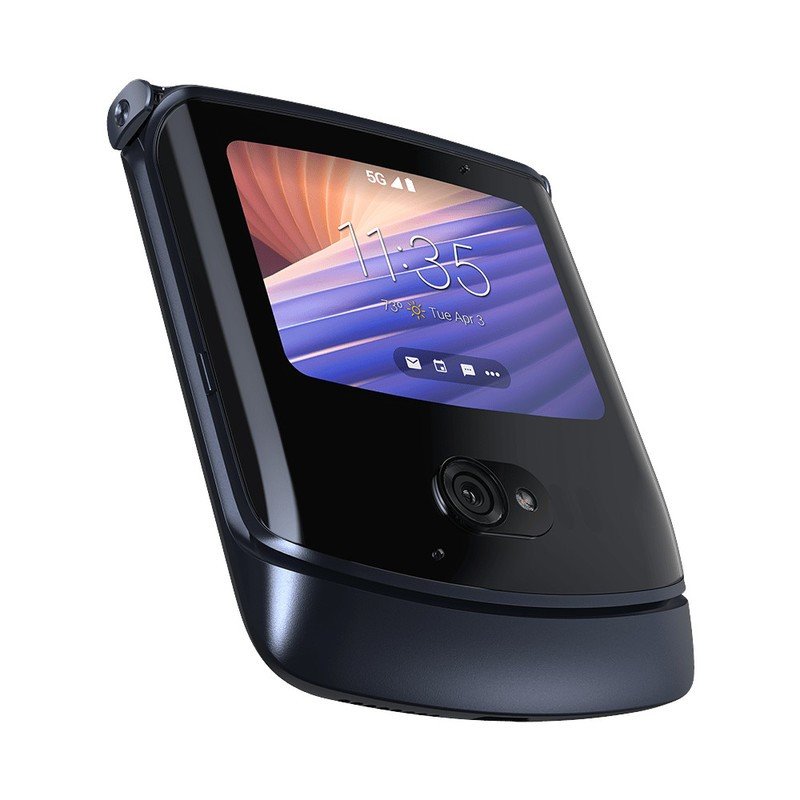 The Motorola RAZR 5G has a lot in common with the Samsung Galaxy Z Flip 3 in that it brings premium smartphone capabilities to a flip form factor. The RAZR 5G has a larger and more useful exterior screen and camera, but it doesn’t have the same water resistance rating as the Samsung device, nor does it feature wireless charging. 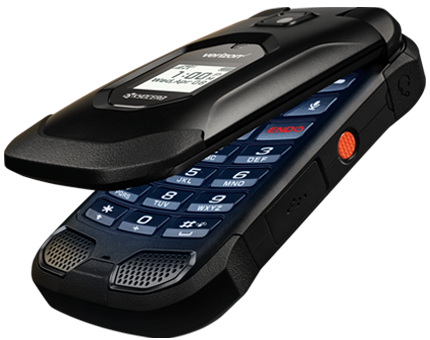 If you need a small, foldable flip phone that can stand up to the toughest of jobs or environments, then you should take a look at the Kyocera DuraXV Extreme E4810. It sports Miltaly Standard 810G and IP68 dust, shock, vibration, water, and temperature resistance. In addition, it can handle five-foot drops onto hard surfaces, is certified against Class 1, Division 2 hazardous locations, and has all-day battery life. The downside is that it’s a little expensive compared to most standard flip phones.

This one isn’t technically a flip phone, but the original Banana Phone design has to count for something, right? The Nokia 8110 runs on the popular KaiOS, a software platform built specifically with feature phones in mind. It has apps like YouTube and Twitter built-in, and you can even use it as a hotspot to share your 4G connection with other devices.

Smartphones aren’t your only option 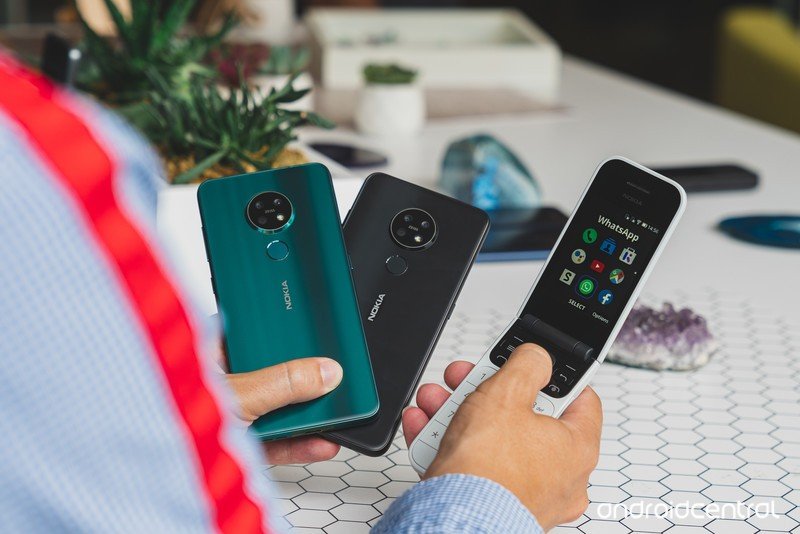 We get it. Not everybody needs a flashy and expensive smartphone, and that’s okay! Buy within your means and get a phone that suits your needs without paying for extra features you’ll never actually use. Even flip phones have gotten some nice upgrades over the years, including support for 4G LTE — that comes in handy more than you might think.

The NUU F4L is an unlocked flip phone that works on nearly every U.S. carrier and offers the best bang-for-your-buck value you could ask for. In addition, its 4G compatibility lets you connect to messaging services like Whatsapp, allowing you to stay connected with your friends and family (that is, so long as you don’t mind typing with T9).

If you need more apps and services, though, the Nokia 2720 is just shy of a smartphone in terms of app compatibility; you can launch Google Assistant or even watch YouTube videos on its 2.8-inch display. Of course, you’ll pay quite a bit more for the phone, but if these services are essential to you, it might be worth the money.

Finally, if you want a premium smartphone experience in a foldable form factor, then you’ll want to take a look at the Samsung Galaxy Z Flip 3. It has all the fancy high-end features you could want but collapses to a pocketable size just by closing it. Sure it’s more expensive than the rest of the devices on this list, but then again, both Samsung and many carriers are offering a ton of great trade-in deals and incentives to bring that price down to a much more manageable level.

Facebook
Twitter
Pinterest
WhatsApp
Previous articleTired of accidentally triggering actions on your phone? We can help.
Next articlePixel 5a teardown video shows that you’re going to want a case
- Advertisment -