HomeHow toGhost of Tsushima Director’s Cut: All Winds of Iki puzzle solutions
How to 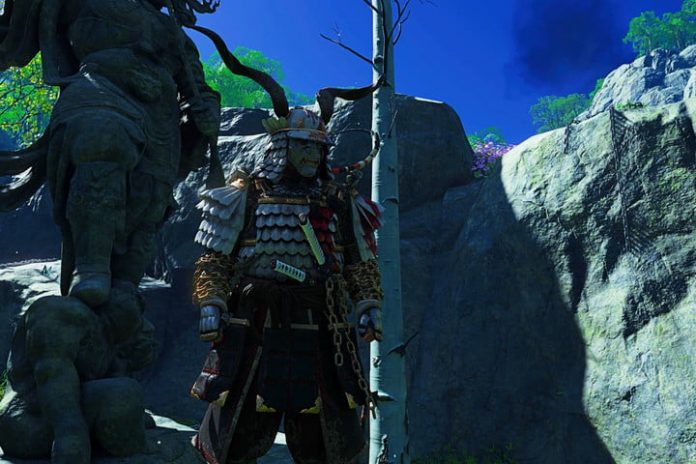 Iki Island has given players plenty of new activities to explore in Ghost of Tsushima: Director’s Cut. While Animal Sanctuaries are pretty straightforward, Archery Challenges have players sweating to beat the seven-second time. However, three puzzles are confusing Master Sakai even more. They are the Winds of Iki puzzles, and unless you’ve got a firm grasp on the Ghost of Tsushima: Legends collaboration with past Sony exclusives, you’ll be at a loss. Here’s how to solve all three Winds of Iki puzzles in Ghost Of Tsushima: Directors Cut.

What are the Winds of Iki puzzles?

There are three Winds of Iki Shrines to find on Iki Island. Each comes with a convoluted riddle that doesn’t make much sense, even after a handful of reads. However, it’s the Puzzle of Ash that cued players into a possible solution. Perhaps these riddles have nothing to do with Ghost of Tsushima at all?

They don’t. Each shrine corresponds to a different PlayStation exclusive title: God of War, Bloodbourne, and Shadow of the Colossus. Here’s what you’ll have to do at each shrine to unlock the corresponding armor skins.

The Shrine of Ash: God of War

Located to the east in the Yahata forest, Jin must dawn his family’s armor to solve this puzzle. The riddle reads:

All you have to do is stand in front of the shrine and wear the Sakai Clan armor, which you should already have after beginning Act II of Jin’s Journey. Then swipe right on the touchpad to draw your sword. After a short cutscene, you’ll be rewarded with the God of War armor skin for your Sakai Clan Armor, which is the exact same set worn by the Samurai class in Ghost of Tsushima: Legends. This rings true for the next two armor skins.

The giveaway is an orange handprint on a nearby tree with an ax stuck in the trunk. God of War fans were quick to pick up on the reference.

The Shrine of Shadow: Shadow of the Colossus

In the Buddha’s Footprints region, located on the southern tip of Iki Island, you’ll find the Shrine of Shadows. The riddle reads:

Stand in front of the shrine, and put on your Ghost Armor. You may not have this unlocked yet, so continue Jin’s Journey on Tsushima to obtain it. While wearing the Ghost Armor, toss a smoke bomb at your feet. Another cutscene will play, and you’ll unlock the Shadow of Colossus skin for your Ghost Armor.

You’ll find the Blood Stained Shrine along the southwest coast of Iki Island. The riddle reads:

Players must have been kicking themselves for not catching the “hunter” reference to Bloodborne. Wear the Kensei Armor obtained from The Six Blades of Kojiro, a Mythic Tale on Tsushima, to solve the puzzle. Then, press down on the D-Pad to heal yourself. Make sure you’ve got some resolve built up for this to work. If you arrive at the shrine with full health, just run up one side and jump down toward the base of the shrine where you found the scroll. The fall deals enough damage to hurt but not kill you.

After a final quick cutscene, you’ll unlock the Bloodborne skin for the Kensei Armor.