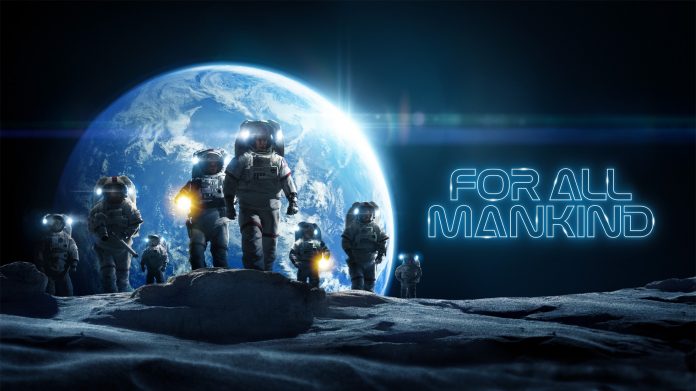 “For All Mankind” won in the Outstanding Innovation in Interactive Programming category for the augmented reality app that Apple released alongside the show. “For All Mankind: Time Capsule” let viewers uncover memories from “For All Mankind” astronauts Gordo and Tracy Stevens to bridge the decade gap between season one and season two.

“The excellent work in For All Mankind showcases the power of an interactive and immersive story to provide a unique, one-of-a-kind experience for the audience,” said Interactive Media Governor Lori Schwartz. “This creative team embraced new technology that will inspire better and even higher-quality use of AR storytelling in the future,” added Governor Chris Thomes.

Apple TV+ Series “Calls” won the award for Outstanding Motion Design for its unique narrative. “Calls,” for those unfamiliar, focuses on a series of phone calls without a standard visual component. It uses motion graphics to accentuate the content of phone calls surrounding a supernatural event.

“The work of this motion design team was innovative and original and truly carried the narrative like nothing we had ever seen,” said Greg Kupiec, motion and title design governor. “This Emmy-winning work encourages others to continue raising the standard of motion design and to bring awareness of the art and significance of motion design in creating television excellence,” added Governor Lauraine Gibbons.

The awards will be presented at the 2021 Creative Arts Emmy Awards, set to take place at L.A. Live on the weekend of September 11 and September 12. Juried awards like these are decided on by a panel of professionals in the appropriate peer groups.Tags: Apple TV Shows, Apple TV Plus
This article, “Apple TV+ Shows ‘For All Mankind’ and ‘Calls’ Win Emmy Awards” first appeared on MacRumors.com