HomeNewsWe can’t believe how cheap the Microsoft Surface Pro 7 is at...
News 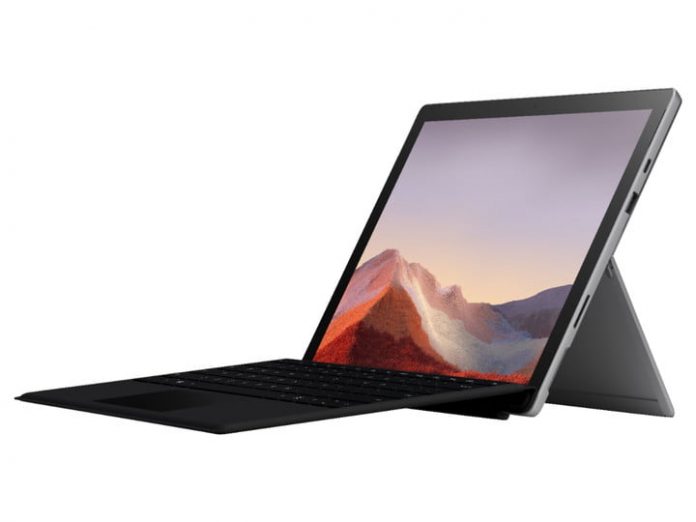 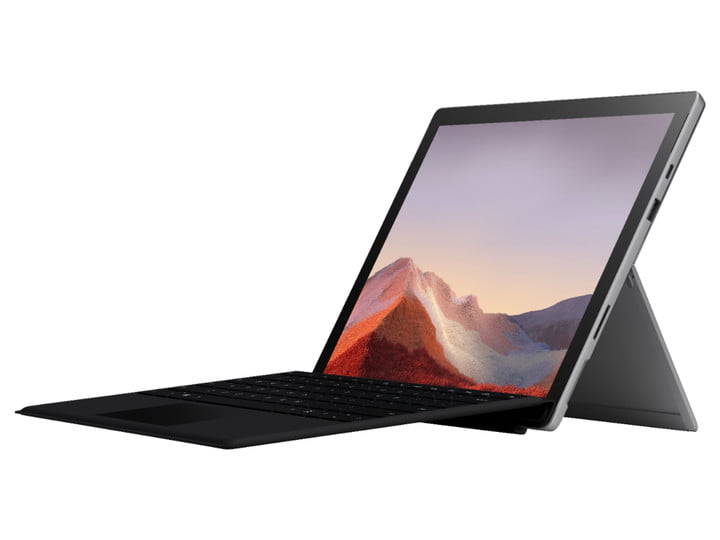 Are you having trouble deciding between tablet deals and laptop deals? If you go with Surface Pro deals, you’ll enjoy the benefits of owning both devices. Best Buy is offering you a chance to try the brand with a $360 discount for the Microsoft Surface Pro 7 with Type Cover, bringing its price down to just $599 from its original price of $959, for a deal that may be too good for you to ignore.

The Microsoft Surface Pro 7 features a 12.3-inch PixelSense touchscreen with 2736 x 1824 resolution that automatically adjusts to your environment’s lighting conditions. The display is the device’s centerpiece as it transforms from a tablet to a laptop through the Type Cover, which serves as both protection for the screen when it’s folded and as the keyboard for when you’ll be using the device as a laptop. You can further expand the Surface Pro 7’s capabilities by investing in more accessories like the Surface Pen and Surface Arc Mouse.

Changing between its tablet and laptop forms isn’t its only selling point though, as the Microsoft Surface Pro 7 is a speedy device that’s powered by the 10th-generation Intel Core i3 processor and 4GB of RAM. It also offers a 128GB SSD for storage, a built-in 1080p HD webcam for clear video calls, and far-field Studio Mics for crisp audio during these virtual meetings.

If you’re interested in trying a 2-in-1 device, the Microsoft Surface Pro 7 with Type Cover is a solid choice. It also won’t break the bank with Best Buy’s offer that slashes $360 off its original price of $959, lowering it to an affordable $599. There’s no telling when the deal will end though, so if you’re already looking forward to all the things that you can do with the Microsoft Surface Pro 7, you should click that Buy Now button as soon as you can.

It may be tempting to take advantage of Best Buy’s discount for the Microsoft Surface Pro 7, but you might want to take a look at the other products under the brand. There are different kinds of Surface Pro deals across various retailers, and we’ve gathered some of the best offers that you can shop right now.


Need a complete Windows bundle? This package deal gets you the Surface Pro 7 with Type Cover keyboard — a must-have addition that turns this tablet into one of our favorite 2-in-1s.


Don’t have a Prime membership? Don’t sweat it: This is a fantastic discount on the high-end Surface Laptop 2 that boasts beefy specs for just about any workload you can throw at it.


This beefed-up version of the Surface Laptop 3 packs one of AMD’s excellent Ryzen 5 APUs along with boosted RAM for great overall performance.


Want the mobile and desktop experience without having to buy a keyboard separately? Then here’s your chance: This Surface Pro 7 comes with a 12.3-inch touchscreen and a Type Cover keyboard.


The Surface Pro X is the sleek new re-design of the Surface Pro that we’ve been hoping for, packing Microsoft’s new SQ1 chipset and a larger 13-inch touchscreen.


The Surface Pro 7 didn’t re-invent the wheel in terms of design, but it’s a fantastic tablet nonetheless — and it’s really the only option if you want a Windows-powered alternative to the iPad.