HomeNewsThe Witcher: Monster Slayer sends you out on real-life quests on foot
News

The Witcher: Monster Slayer sends you out on real-life quests on foot

It’s a Witcher’s life — for better and for worse.

Witcher: Monster Slayer is a game that feels like it should have been made a few years ago. From the ARG mechanics ripped whole from the likes of Harry Potter: Wizards Unite to the stubborn insistence on making players leave their houses and go into populated spaces, this feels like something made for another time. For those skeptical that the Witcher gameplay formula wouldn’t fit into the ARG mold, that isn’t the game’s problem.

Monster Slayer is set apart from other games of its type by its snappy combat and great art design. It’s got the same atmosphere as the other Witcher media, and you’ll feel like a Witcher playing it — but that’s not necessarily a good thing since, as seen in the rest of the lore, Witchers are dogsbodies who have to do a lot of traveling. The game launched worldwide this week after having soft-launched in New Zealand in February.

Bottom line: This beautiful ARG demands players commit a lot of time and energy to complete its in-game quests, making it ideal for fans who want to get walking. But if you’re not into committing the time, you’ll probably find this game to be a drag. 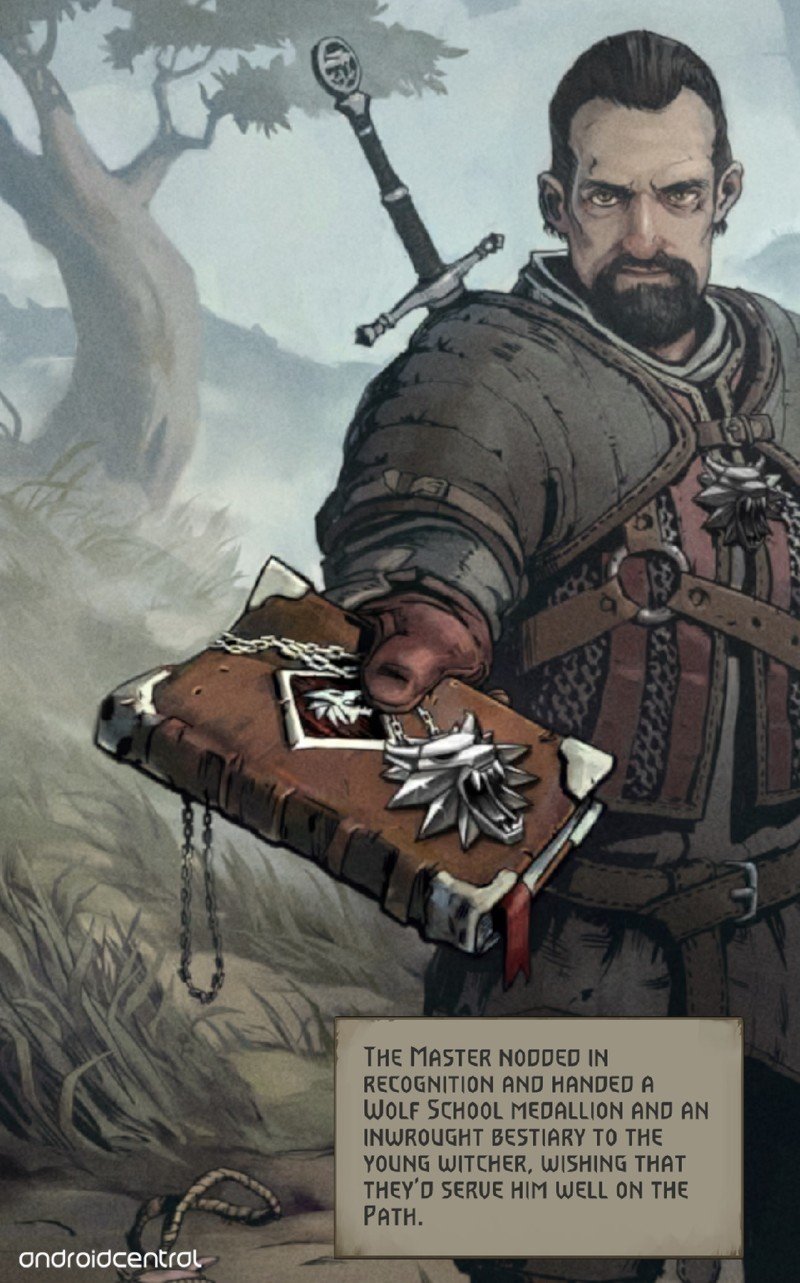 Witcher: Monster Slayer is a mobile game set in the same universe as the Witcher games, books, and show. Players are cast as a Witcher of the Wolf School, tasked with defending the land around them and following the main story questline. As a Witcher, you must prepare yourself for fights with various oils, bombs, and potions. You can purchase items via in-game microtransactions.

Monster Slayer is a beautiful game, both in the ARG segments and in the comic book-style animated cutscenes. You can put the game in ARG mode, where it interacts with the world around you while you’re on monster hunts, or you can turn that off and get right to the monster killing. The monsters are well-designed, and though they look strange in the “normal” world, it’s no more unusual than seeing Pokemon or the Harry Potter denizens around your neighborhood.

The animated cutscenes are a major highlight. I appreciate that the game attempts to tell a story between all the monster-slaying, as that’s something usually lacking in ARG Pokemon Go-style games — it’s not quite the sweeping saga told in the previous Witcher games. Still, it’s good enough for a mobile spin-off. The music is also beautiful, and I recommend turning it up while you’re playing the game.

The combat is fairly quick and intuitive. The bigger the monster, the longer the battle, but the mechanics are easy to grasp. Heavy attacks, light attacks, and bombs make up the meat of the fight, with a critical hit meter that goes up the longer you can go without sustaining damage. Signs, like Igni, act as special attacks that have cooldown meters but deal increased damage when you use them.

The bigger the monster, the longer the battle, but the mechanics are easy to grasp.

If you’re a fan of The Witcher’s hunting mechanics — such as preparing your oils, tailoring your loadout to suit the weaknesses of the monster you’re facing, and methodically waiting for the proper time — then this game will scratch your itch. You have many possible monsters to face, everything from nasty ghouls to massive griffons that hog your whole phone screen.

The fights are also unexpectedly difficult. If you’re not on the ball and haven’t prepared well enough, even an easy hag monster can clean your clock. Luckily, you don’t lose anything by losing a fight, except whatever oils or bombs you used on it, and you can try again as many times as you like. This makes the game accessible and keeps it from getting too frustrating.

The game’s attempts to make the player feel like a Witcher backfire somewhat when one remembers that Witchers have it kind of rough in the world in which they live. They’re constantly on the move, have to deal with whatever nasty creature comes their way, and live solitary lives with a specific focus. I’m not saying the game will make you feel exactly that way — but I am saying you’ll have to move around a lot while playing this game, deal with a multitude of low-level monsters, and pay a lot of attention to the game if you want to get anything out of it.

You level up by fighting various monsters — a lot of various monsters — that you can find lingering in your area. To advance the story and your hunts, however, you must go walking around your neighborhood, or even further, to find special areas. There’s nothing wrong with a game encouraging users to get up and move around. But the difference between Pokemon GO and Monster Slayer is that the former fits seamlessly into my day. I can catch ’em all while I’m out on my usual trips to the pharmacy and grocery store.

Witcher: Monster Slayer is not like that. Instead, it requires you to walk to specific waypoints on the map to complete quests — and it’s not always an area you’d want to go to. The first time Monster Slayer told me to go search for the next quest objective, I gamely put on my sneakers, ready to go a-witchering — until I saw that the waypoint it gave me put me in a residential neighborhood 600 meters away. I’m not opposed to walking, but I can’t think of any game mechanic I want translated into the real world less than the long, boring journey to the quest objective before unlocking fast travel.

I can’t think of any game mechanic I want translated into the real world less than the long, boring journey to the quest objective…

The fact that the game specifically asks you to go out and travel to real-world locations in the time of a pandemic really makes it feel like a game conceived in the before-times. Lacking a Roach of my own, I’m not really inclined to go out of my way to walk around strange neighborhoods to further the quests. I even loaded the game on a different phone to see if the waypoint was randomized. It wasn’t — the game really wanted me to walk around a specific suburban neighborhood.

As with the Witcher RPGs, some monsters will only come out at night. This wouldn’t be so bad, except even when you go to the residential neighborhoods where the quests point you, you might have to wait until after dark for the monsters to come out. While there’s little I won’t do in service of a video game quest, I draw the line at lurking outside someone’s house until the sun goes down. Even if the game developers eventually swap this out for commercial areas, a game that requires players to go out after dark might put off kids with curfews or people uncomfortable exploring alone at night.

Also, this may not be as widespread a problem once the game’s post-launch patches roll out, but my Pixel 4 seemed to struggle with the game at times, and it crashed a couple of times. Users with great gaming phones might not face this problem, however.

Witcher: Monster Slayer: Should you play it? 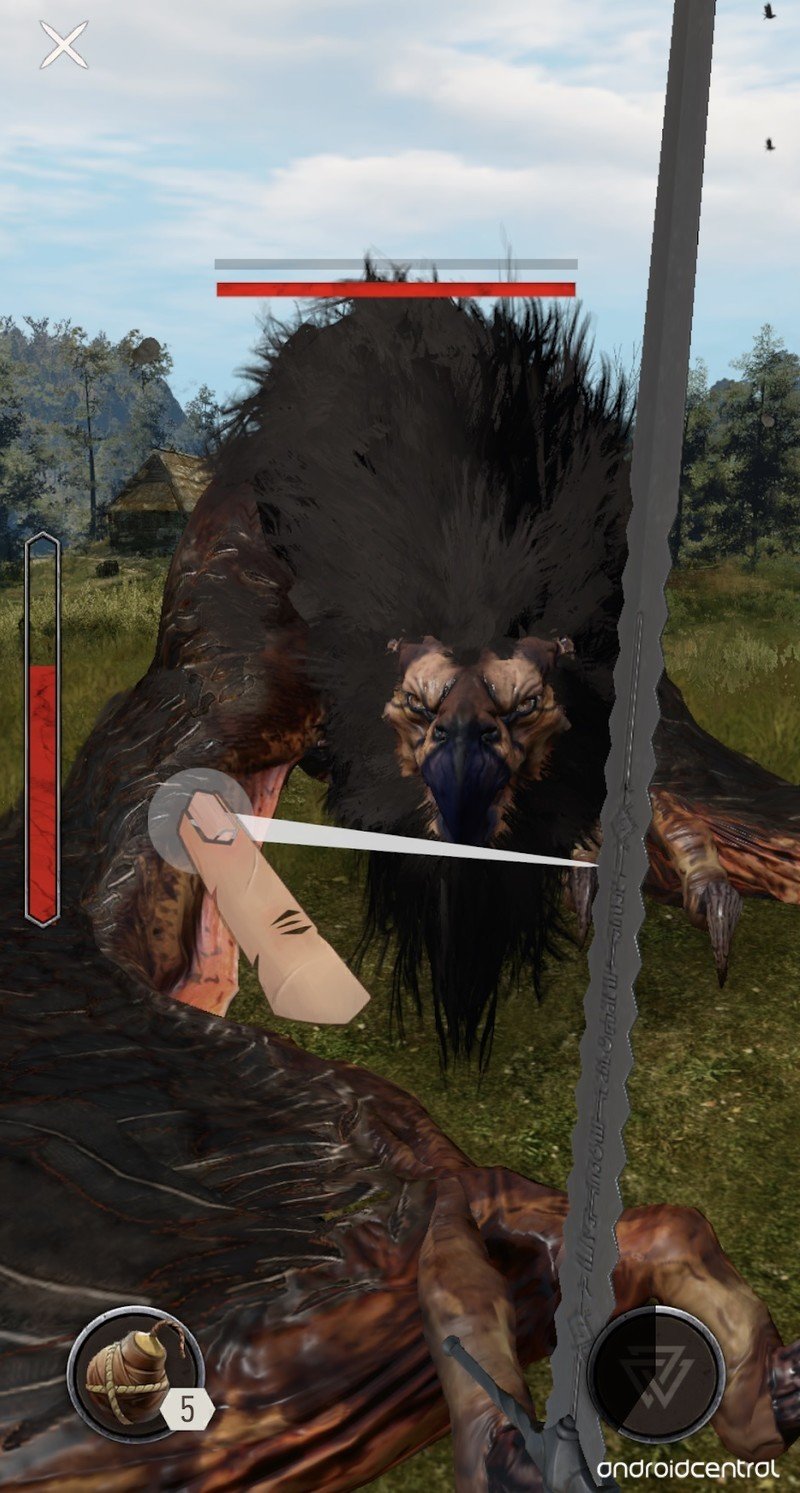 The Witcher: Monster Slayer is a game with great art design and visual flair, and it’s got good combat for a mobile ARG. If you’re a Witcher fan, it’s definitely worth checking out. The monster design alone, while mostly pulled from the PC/console RPGs, looks great on phones. However, this is also a game that requires you to devote significant time to it to progress, without incorporating itself into your daily routine as other ARG games do. If you’re not willing to go out of your way specifically to play the game, then it will not have much for you.

But it’s early days yet, and Monster Slayer has the opportunity to be a really fun game with some tweaking or perhaps better monster-map distribution. If it doesn’t catch your interest now, there’s a chance that more features and future patches could make it more fun for everyone.

Bottom line: If you’ve ever wanted to play a first-person Witcher title, or you’re a series fan and don’t mind going on long walks just to hunt some monsters, then you’ll enjoy this. If you don’t fall into either category, Monster Slayer doesn’t have much for you.