Microsoft Teams’ Together Mode to Gain Support for Smaller Groups 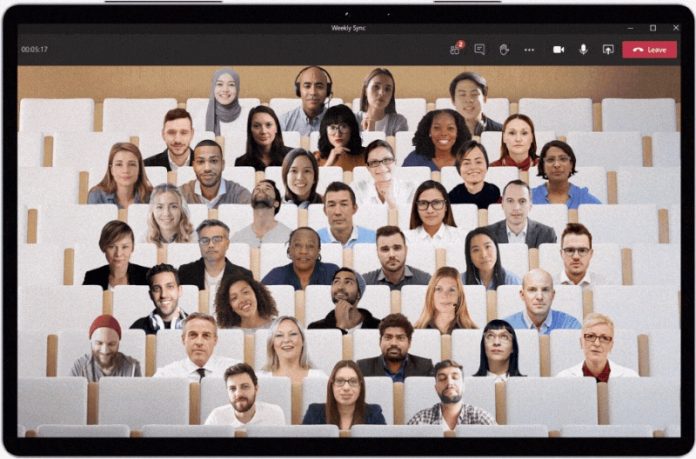 Microsoft is working to allow smaller meetings to take place in its Together Mode, which uses artificial intelligence to put multiple users in the same virtual space.

Launched last year during the peak of the global health crisis, Together Mode for meetings uses AI to place everyone on a call in a shared room-like environment, like a coffee shop or an auditorium, rather than the patchwork gallery view that typically comprises large Teams meetings.

The idea behind the feature is to better replicate real face-to-face meetings by taking people out of their home environments and custom backgrounds, thereby making it easier to pick up on facial expressions, body language, and other non-verbal cues.

Together Mode can accommodate up to 49 people at a time, and currently only becomes available when at least five people have joined the meeting. Soon, however, Microsoft is making it so that the feature can be used with just two people.

I’m almost never in meetings with 5 or more people🙄

Support for smaller gatherings in Together Mode is currently limited to the developer Beta preview, but will soon be available for all. If you want to try accessing the preview, click the ellipsis next to your profile picture, select About, then tick Developer Preview. If the option doesn’t appear, it may be because of the way your work account is set up.Tag: Microsoft Teams
This article, “Microsoft Teams’ Together Mode to Gain Support for Smaller Groups” first appeared on MacRumors.com