HomeNewsI couldn't stop this Android bug from eating up all of my...
News 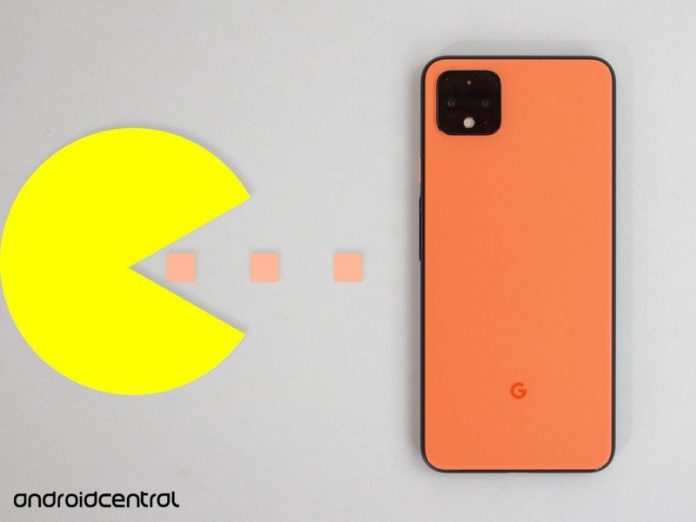 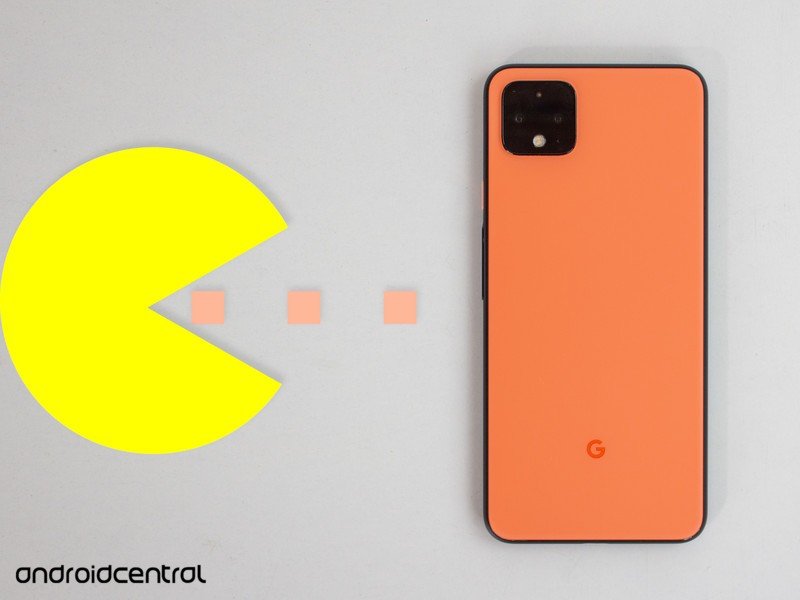 And there’s still no fix in sight.

When you’ve been using the same phone for a long time, it’s just expected that you’ll eventually run out of space and have to clean things up from time to time. Google has made it easy to clean your phone up for a few years now with the Files Go app, and big OS updates like Android 12 have built-in smart storage that’s designed to automatically free up space when it makes sense. So imagine my surprise when I found out a hidden system app that can’t be cleaned up was taking up nearly 20GB of my phone’s precious storage space.

That system app in question is “Phone and Messaging Storage”; an innocuously named app that, based on my experience with trying to trim up its size, doesn’t do exactly what you think it does. I’ve been using this Pixel 4 XL for the past year-and-a-half — a phone that does not support storage expansion with the best microSD cards, mind you — and no amount of operating system updates seem to have solved this problem for me.

I basically ignored the problem for months, as I would just continually run the clean-up utility through the Files Go app and that would free up enough space to keep it from whining at me for several days. Eventually, though, it became too much to deal with and it ended up ballooning to the point where I could no longer install new apps on the phone. This is when I started to dive a bit deeper to figure out the problem. 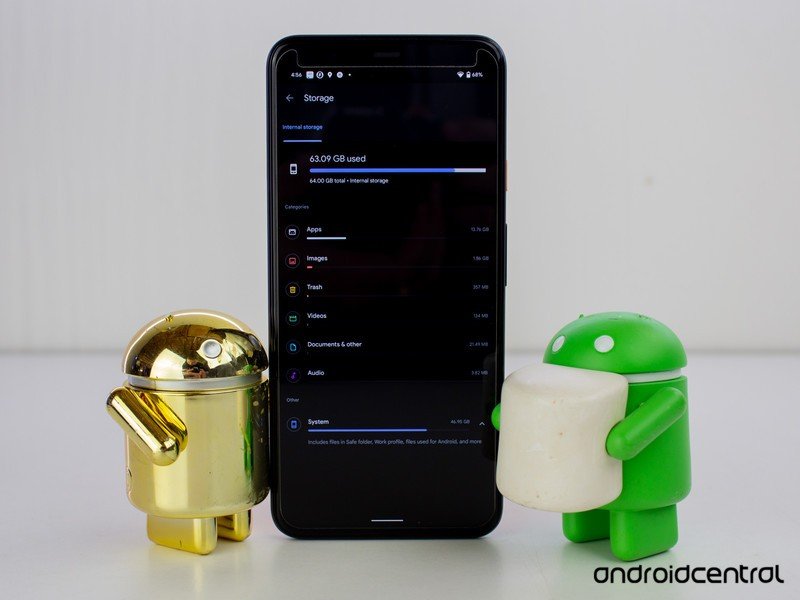 Up until about two weeks ago, I simply could not find where my storage had gone. It was as if roughly 20GB of storage had just up and disappeared one day until it dawned on me to check system apps. Sure enough, right at the top of the list was the Phone and Messaging Storage app; a system app I didn’t realize even existed beforehand but was now the center of my attention. 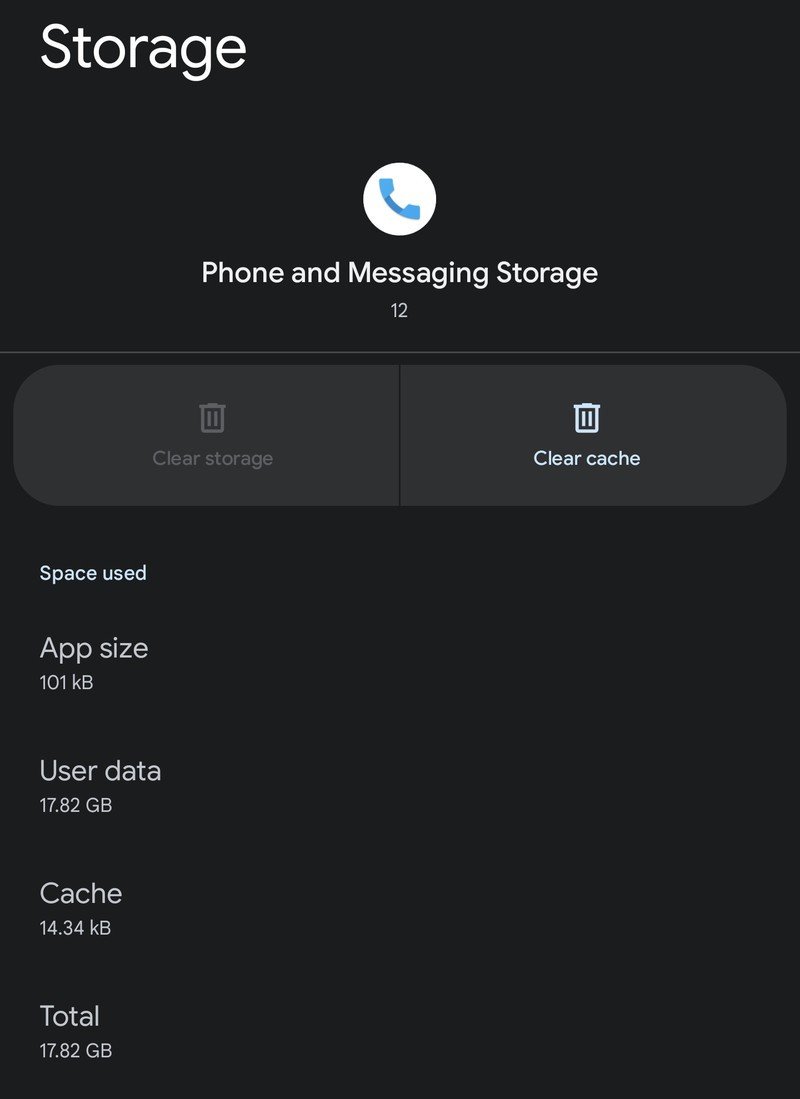 Like most system apps, Phone and Messaging Storage cannot be removed or altered by a normal user. To do that, you’d need to root the phone and go through several different steps using a utility like Titanium Backup, or whatever it is the kids use these days. As it stands, I haven’t rooted or ROMed a phone in probably half a decade, and I wasn’t about to start doing it now.

Just as you might do yourself, I sought out help with a simple Google search. I figured I had a once-off problem on my hands that I would never be able to resolve, but the results of the search told me that this bug has been around since at least 2016, although I couldn’t find any user reports of a file size quite to the level I was experiencing.

This is a problem that’s been around since at least 2016 and seemingly has no fix.

The journey I embarked on included clearing out the usual temporary file storage places, emptying cache, and going through all the steps Google outlines on its Pixel Phone Help website to free up storage space — despite the fact that this problem is not only happening on Pixel phones. These steps amounted to zero, zilch, nadda. I was back to square one and feeling at least a little bit desperate by this point. 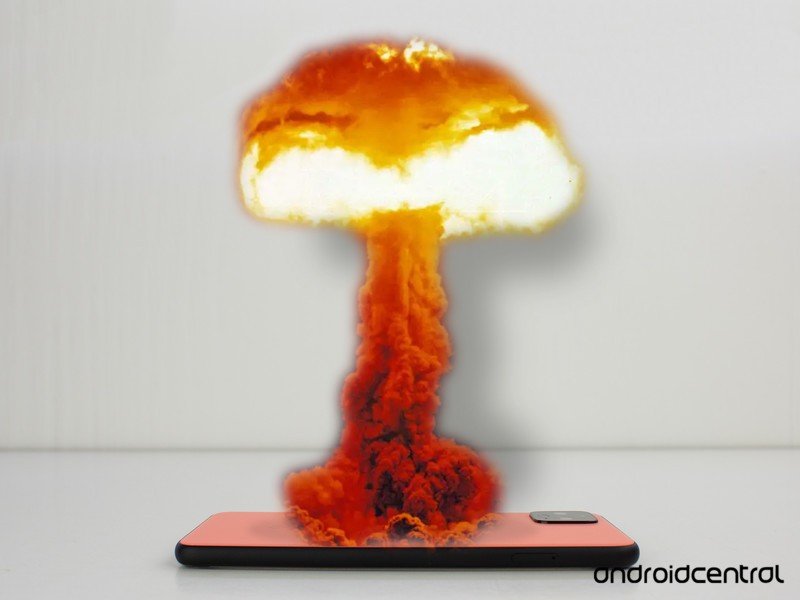 As one gentleman and scholar Steve Jobs once put it, I then went “thermonuclear” on my Android phone. Some people suggested clearing out all of the phone apps’ data and rebooting. That didn’t work. Others suggested deleting every text message you had ever received; an hour-long process that took several retries, very long waits between MMS group deletions, and even kicked me out of quite a few RCS groups I hadn’t intended to leave.

Despite all this, no progress was made on the elusive storage mystery. After all, if clearing out all of your call logs and messages doesn’t clean up the Phone and Messaging Storage system app, what in the world would?

After all, if clearing out all of your call logs and messages doesn’t clean up the Phone and Messaging Storage system app, what in the world would?

I then went app-by-app and cleared data and cache on basically everything I could, from system apps to user apps, spending much more of my day than I intended on such a stupid problem. I followed the last shreds of hope to their end as I removed all the Google accounts on my phone, rebooted, and slowly added everything back. Even then, absolutely nothing has been solved and I’m still sitting at 1GB of free space left on my phone.

At this point, the only foreseeable solution I can find is to factory reset the device.

So I contacted Google, who would most assuredly produce some magic super-secret way of resolving this bug that seemingly has no solution anywhere on the Internet. After a solid week of back-and-forth correspondence, the best solution was to refer me back to the very same help document I linked above. Thanks for the effort, at least.

At this point, the only foreseeable solution I can find is to factory reset the device. The worst part is that — if forum users are right — this likely won’t solve the issue long term. I’ve now come across several users who have said they performed this action only to have the bug creep right back up several weeks down the road.

I’m here to end my sad tale of woe with as much a resolution as I came into it with. Really and truly, I have no idea how to move forward with fixing this problem other than carrying a second phone around with me to store all my games and offline music. The worst part is that, at least based on my correspondence with them, Google doesn’t seem to know how to fix it either. If they don’t, I surely don’t know who else does.

Facebook
Twitter
Pinterest
WhatsApp
Previous articleWant to use Live Transcribe to write everything you hear? We can help.
Next articleCan’t get a gaming PC on the West Coast anymore? Try these gaming laptops
- Advertisment -