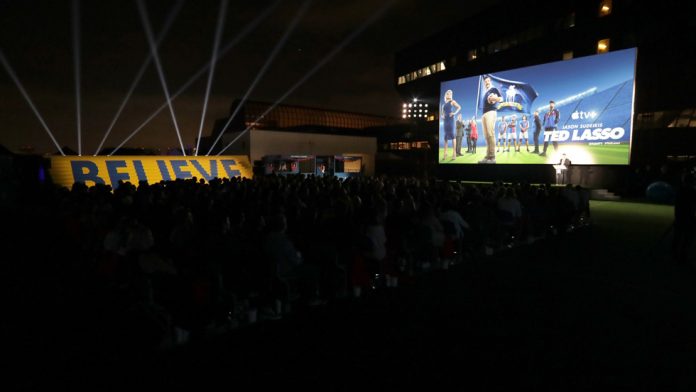 Ahead of its global premiere next week, Apple today held a screening event for season two of the Apple TV+ hit comedy series “Ted Lasso” at the Pacific Design Center in Los Angeles, and was attended by the cast and creators of the show, including Apple CEO Tim Cook.

“Ted Lasso” first aired last year as one of the first original series for the ‌Apple TV+‌ platform and has since grown in popularity. The second season of the show, which will consist of 12 episodes with an episode premiering every Friday, will premiere on ‌Apple TV+‌ on Friday, July 23. Even before its debut, Apple has already renewed the show for a third season, which the creators of the show have hinted may be the last.